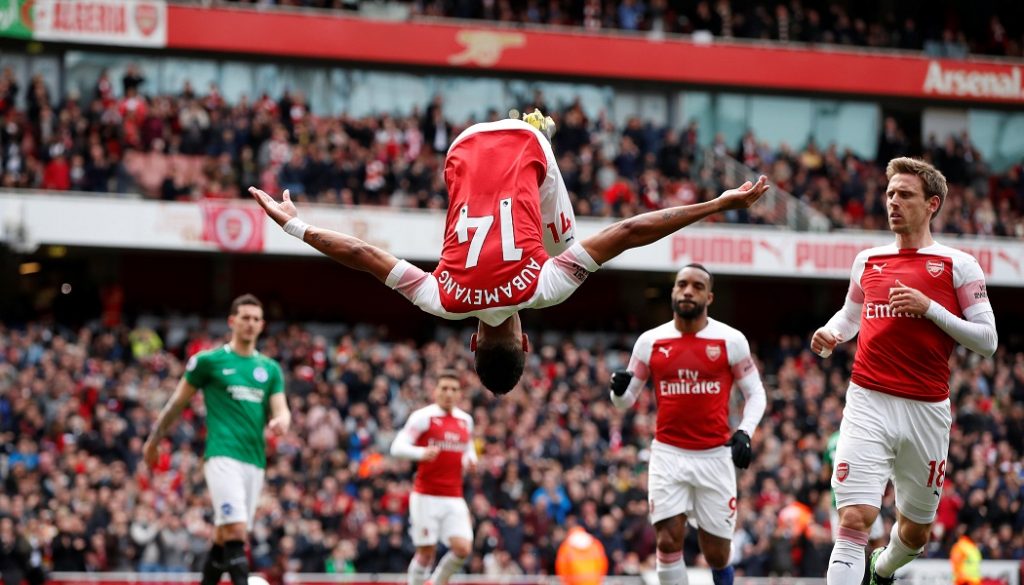 On The Brink: Sport Must Concern Itself Less With Reinvention And More With Adaptation

In this edition of ‘On The Brink’, Richard Brinkman looks at how sport must become less invested in trying to force a reinvention of itself, instead of focussing on the more clear issues at hand and enhancing the current product.

This quote is more pertinent than ever in light of the many challenging external “macro” environmental issues that many sports are confronted with in the present climate of accelerated change. As a reminder some of these are

“The leaders tasked with navigating these waters have to be particularly skilled in an extremely broad range of diverse skills.”

These are taxing and complicated inter-connected issues to try and overcome. The leaders tasked with navigating these waters have to be particularly skilled in an extremely broad range of diverse skills. Last week I commented on how a lack of leadership had impacted on Premiership Rugby’s ability to adapt and adjust.

Another element that consistently hampers change in sport is governance. Nowhere is this more evident than in the UK’s strongest sport – football. As Darwin noted just because you are strong (or, in this case, relatively rich) does not mean you don’t have to adapt.

It is generally accepted that there are eight characteristics that are consistently found in good governance. Suffice to say a system where most of the money and fandom is generated in one organisation (Premier League), another runs the national team, national stadium, regulations, officials (sort of) and most grassroots participation (Football Association), and a third provides the essential “glue” through the middle of the pyramid that maintains football as an essential part of English communities (English Football League) is not ideal if you are considering key governance factors such as Accountability, Transparency, Effectiveness and Efficiency or Responsiveness.

And this is even before you begin to consider a further level of complexity in the competing interests of different kinds of clubs, or mixed quangos like the Professional Game boards.

With this in mind I noted with interest last week’s publication of The People’s Football Association submission to Tracy Crouch’s parliamentary investigation into potential football reform (www.faequalitynow.com). Whilst the submission’s suggested make-up of a new FA Board is, frankly, bizarre and likely to make decision-making worse (if not impossible) it is a sign that reform and change is wanted by a large number, needed based on the evidence of what has been recently occurring in football, and therefore more than likely to be coming.

It seems many within the football “bubble” are resistant to impending change and do not see any need for more centralised collective control over the game (often short-handed to “independent regulator”). This is surely a King Canute-like response given that whether they like it or not (and I genuinely think most politicians would prefer not to get involved in something as emotive as football) parliamentarians are being forced to actively participate in football matters. Looking at the past two years we have seen the following football issues occupy parliamentary time:

“I would suggest that they start to actively participate in the debate of how football should adapt, rather than just trying to defend as much of the status quo as possible.”

Given the breadth of these issues and the increasing involvement (mostly at football’s request) of public resource and money it seems inevitable that some kind of more formal government involvement or oversight of football will happen.

Public confidence in the current system (the debate and issues raised by the proposed Saudi takeover of Newcastle being a topical demonstration) is low and it is not a tenable situation to ask government for money and action when you want it, but then to asked to be left well alone and have a blind-eye turned to unsustainable business practices the rest of the time.

“But what would an independent regulator actually do?” seems to be the refrain from those at the top of the game who are doing very nicely under the status quo. Most of us, of course, do not know the answer to that question. We all have a number of ideas and a personal perspective on how far-reaching the remit should be. However, those in the best position to answer and link the many perspectives in the most coherent way are the very ones who are asking!

I would suggest that they start to actively participate in the debate of how football should adapt, rather than just trying to defend as much of the status quo as possible which, if reports are to be believed, seems a general approach. Much better to guide the process of adapting and adjusting from a Victorian administrative structure to one fit for the modern world than have it forced upon you by well-meaning but inexperienced (in terms of administration) football enthusiasts.

In this way the apparent thirst for “transformation” might also be quelled. The win/lose nature of sport, the rapid shifting of seasons and fortunes, as well as an industry that depends on excitement for relevance all feed a strong desire for rapid and radical solutions. Often there is a collective push en masse for significant change without any real idea why the change is desired. There is certainly a strong element of this in the current debate around football governance.

This might explain the enthusiasm (to the point of cliché?) for transformation and solutions that are “game changing” within the sports industry.

When something is described as transformative in sport it is almost always with a positive implication. Something that was bad has been turned into something good. A loss has become a win, failure has become success. Of course, this is a very limiting way to look at issues that have a lot of nuance. Sport with its blend of economics, participation, media and social currency is an especially nuanced business.

This partly explains the angst and opposition to “game changing” and more “relevant” innovations in sport such as European Super League and The Hundred. It is hard to articulate nuanced issues around innovation clearly and simply. However, a failure to be transparent and completely honest seems to result in knee-jerk resistance.

“Successful species do not transform (i.e. make a marked change in form or nature) to survive, they adapt and adjust.”

The ECB, from inside the “bubble”, genuinely don’t seem to understand the antipathy towards The Hundred. However, all the talk of The Hundred being “transformational” and a “game changer” was always going to antagonise many (and, incidentally, likely appeals less to those who don’t know if they like cricket yet – the key target). A big part of the joy and appeal for many cricket fans and what makes it different from other sports is its heritage and sense of continuity. Obviously, things have to move on and, yes, adapt and adjust but they do not need total transformation – or completely “reimagining”.

This is why so many cricket followers would rather have seen all the money, time and effort spent on breathing new life and excitement into an existing strong format domestically with the T20 Blast, rather than trying to reinvent the wheel. Many of the changes in the Hundred (the innings clock, archway entrance, fielder restriction for overtime, new batter always facing etc) could easily have been integrated into 20/20. All the progress in Women’s cricket from The Hundred could just as easily been made playing 20/20 rather than 100-ball cricket.

Successful species do not transform (i.e. make a marked change in form or nature) to survive, they adapt and adjust. That is to say they build on what they have in respect to changing elements and factors around them. They do not look to radically alter and reinvent themselves into something they are not. This is worth bearing in mind when thinking about developing sport for a consumer base that are largely passionate about existing products and, by nature, cautious.