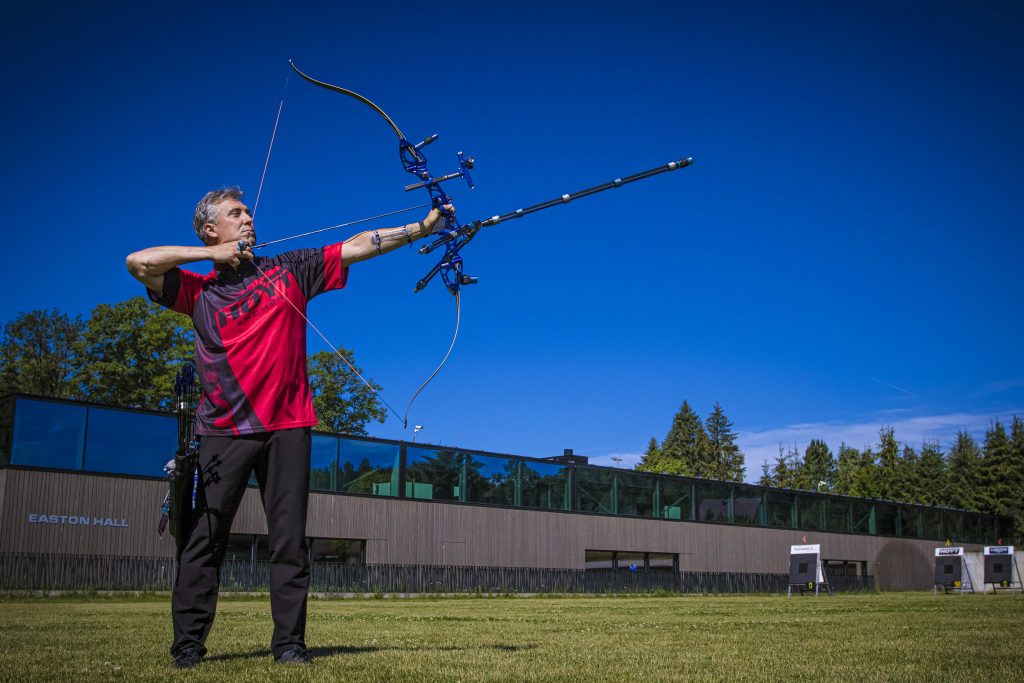 Make a Mark has announced that Juan Carlos Holgado, an Olympic gold medallist in archery, will take the project forward, selecting and mentoring a number of refugees with the aim of competing at the Olympic Games Paris 2024.

The Make a Mark project was founded in 2019 by three-time Olympic gold medallist in the sport of shooting, Niccolo Campriani. Nicco mentored the first ever Make a Mark team which recently made a historic breakthrough with two of the team, Luna Solomon and Mahdi Yovari, now confirmed as Tokyo 2020 Olympians. Refugee athlete Luna Solomon was selected for the IOC Refugee Olympic Team (EOR). Meanwhile, Afghan athlete Mahdi, who is classified as a displaced person and not a refugee, will participate in the Games as part of the Afghanistan National Olympic Committee team.

Make a Mark is striving to make this achievement a reality for even more refugees by inspiring Olympians to take the project forward in other sports, whether summer or winter, and provide more opportunities for refugees and displaced people to compete in elite-level sport.

The next Olympian to take up this incredible opportunity and great responsibility is Juan Carlos Holgado, who won a team gold for Spain in Barcelona 1992. Holgado will benefit from Make a Mark’s high-level network which supports Olympians with best-in-class partnerships and unparalleled access to elite training opportunities, coaching and competitions.

Juan Carlos Holgado said: “Taking this project forward in archery is an impactful way for me to raise awareness of the worldwide refugee crisis while providing refugees and displaced people a unique opportunity to learn the art of archery which requires both physical and mental toughness. Of course, Paris 2024 is the ultimate goal and I have no doubt that this will be achievable with lots of effort, training and the expert support of Make a Mark and World Archery.

“Archery has been an integral part of my life since I began training at the age of nine and then through four Olympic Games, two as an athlete and two as a coach, and finally in event management and sports administration. I can think of no better project to give back my knowledge and experience to those who have not had the opportunity to compete in sport due to an extremely difficult start to life.”

World Archery President Uğur Erdener said: “Here at World Archery, we are incredibly proud that Juan Carlos Holgado will be taking up this incredible project which truly echoes World Archery’s values of diversity and inclusivity.

“We were delighted to host Nicco and his athletes in our World Archery Excellence Centre and we have seen his devotion to this project and the fantastic success of the first Make a Mark refugee athletes he mentored. We have no doubt that Holgado will also give his all to ensuring the refugees selected will be given the very best training and support.”

Nicco said: “I can think of no better Olympian to take Make a Mark forward in archery. Holgado has a wealth of experience in his sport, both as an athlete and as an elite-level coach. As the Director of the World Archery Excellence Centre, he has been an integral part of Luna and Mahdi’s journey to Tokyo 2020 and an active supporter of Make a Mark since the beginning. I am thrilled that he will now take this challenge on, and I know that he will be able to equip his Make a Mark team with the skills and knowledge needed to become champions.

“He will also have the full support of Make a Mark which has the experience and expertise to enable and equip the next generation of Olympians to train refugees and displaced people for future Olympic Games.”