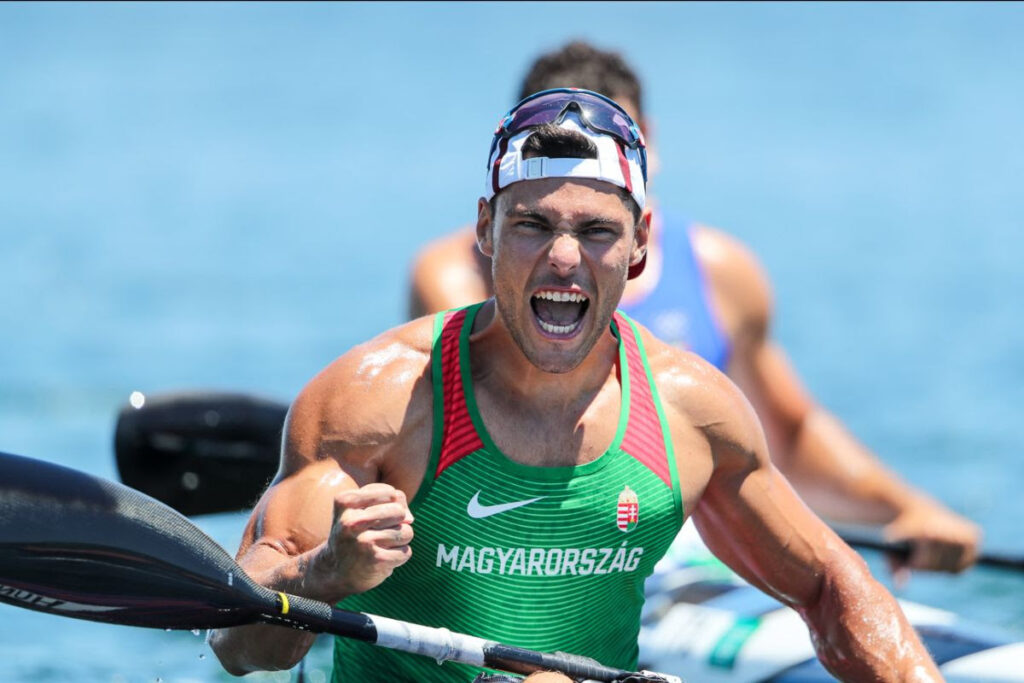 Tokyo canoe sprint Olympic champion Sandor Totka will be one of the athletes to catch when the ICF hosts its first Virtual World Cup next month.

Totka issued the challenge to paddlers all over the world to take him on in the 2000 metre virtual race, which will be held online on December 17. Competitors will use the latest cutting edge technology to measure their progress against opponents located in loungerooms, garages and gymnasiums around the world.

Hungary’s Totka stormed to Olympic gold in the men’s 200 metres at the Tokyo Olympics, claiming the scalp of Great Britain’s reigning Olympic champion, Liam Heath, along the way. In the lead-up to Tokyo Totka also won European gold.

“The virtual world cup is an exciting new format, and I can’t wait to take on paddlers from all over the world,” Totka said.

“2000 metres is not really my ideal distance, so there will be a good chance for paddlers to really challenge me. And I know that because I am the Olympic champion, everyone will want to beat me.”

The virtual world cup will offer opportunities for individual races in three categories – junior, senior and masters 40+ – for both men and women. There will also be races for men’s and women’s paracanoe. Each race will have a cut-off of 15 minutes.

The ICF has partnered with world-leading ergo manufacturer KayakPro to ensure the competition offers the best possible athlete experience. Competitors will need access to a KayakPro machine, and the cutting edge Genesis Port Bluetooth Smart Console. Athletes who don’t have the console may qualify for an ICF donation.

Competitors will also need to be able to film their performance, to be part of the ICF livestream program.

Entry to the event costs just EU 5. Registration closes December 7, and a trial competition run will be held for interested participants on December 15.