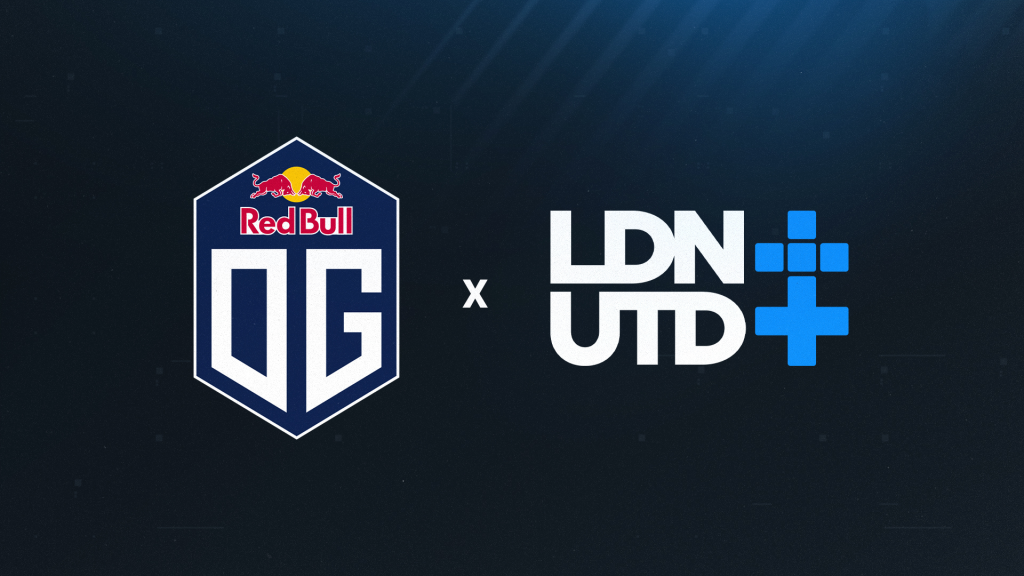 Having retained its VCT status, the OG LDN UTD team will subsequently be competing in the upcoming VCT Challengers Stage from May 13 with all players wearing co-branded OG LDN UTD jerseys to represent this new partnership.

Through this unique partnership, both organisations will provide world class support, including regular high end bootcamps and other performance services to the players, whilst also focus on community growth and joint events, with some taking place at LDN UTD’s Centre Of Excellence in Camden Town, London.

The Roster will continue to be comprised of the existing LDN UTD roster:

Tommaso “joYnt” Gavioli will continue in his role as Coach and will be joined by OG analyst Tyler “Bambino” Jay.

Day to day operations will continue to be under the auspices of LDN UTD, and in particular Head of Esports Ali “Rezi” Rashid, alongside OG’s Head of Esports, Mike Schwartz.

JMR Luna, CEO of OG Esports: “Very rarely do we have a chance to work with another value driven company and in LDN UTD we have found a perfect match. We love their community driven initiatives and what they are building, so when we all sat down together and spoke, we became very excited about this adventure together. We think they have done a very good job building and nurturing this project and we hope we can contribute to its success this new season