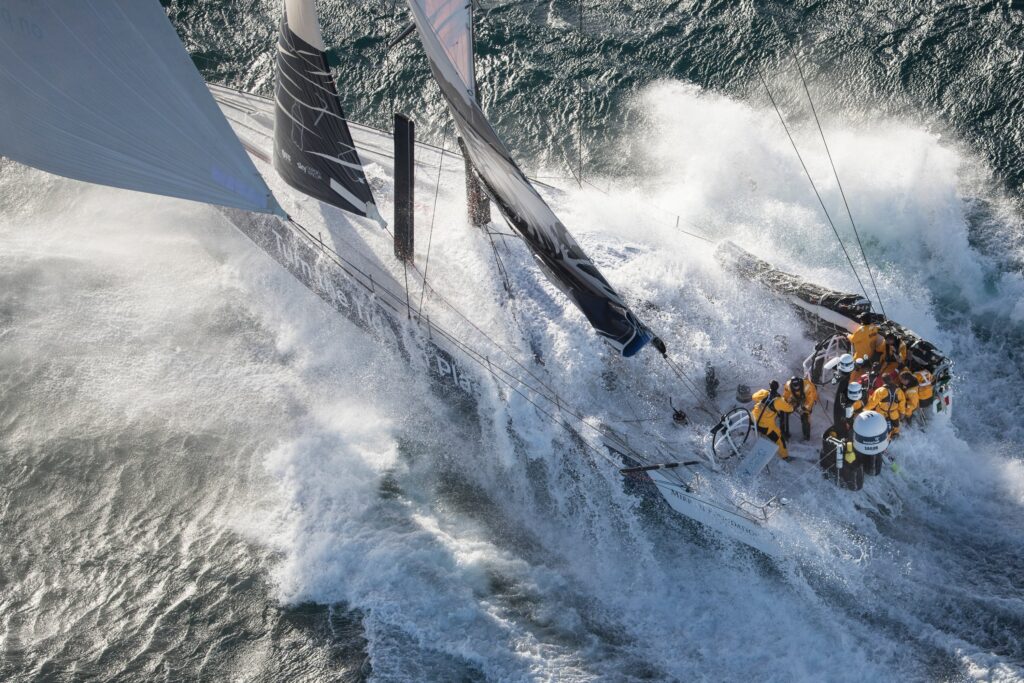 Ocean Race and ATPI partner to deliver what really matters

The Ocean Race and ATPI Sports Events have partnered up to make sure that guest experiences during The Ocean Race 2022-23 edition will be unique and unforgettable.

In this article, we take a look at how ATPI Sports Events will deliver meaningful guest experiences that have ocean health at the core.

The Ocean Race has provided the ultimate test of a team and a human adventure like no other since 1973. The Race is frequently referred to as the world’s longest and most difficult professional sporting event, sailing’s most difficult team challenge, and one of the sport’s big three events, alongside the Olympic Games and the America’s Cup.

The Race’s concept is straightforward: it’s the ultimate ocean marathon, pitting the sport’s best sailors against each other across the world’s most treacherous waters. It’s relentless: the desire for adventure, the transformative effect on the sailors — all of these factors combine to give the Race its power and depth.

The 14th edition of the Ocean Race consists of seven legs, with stops in eight cities (and a fly-by in Kiel.Sailing.City). The route begins and ends in the Mediterranean and travels through the Atlantic, Indian, and Pacific oceans, as well as the icy depths of the Southern Ocean, which encircles the world near Antarctica.

Each leg begins and ends in a major international city. Each Host City, in turn, hosts a two-week stopover festival based at Ocean Live Park, a free-to-enter Race Village. During each stopover, the teams compete in a separate in-port race, as well as a series of pro-am races in which guests race alongside The Ocean Race sailors around an inshore course. ATPI is excited to create unforgettable hospitality experiences that bring guests right into the heart of the Race and the action.

The Ocean Race is aiming to cut greenhouse gas emissions (GHGs) by up to 75% compared with the previous edition, and working with sailing teams, host cities, partners and suppliers in a shared ambition to slash their GHGs and hold a climate positive event. ATPI Sports Events is tasked with providing a climate-positive hospitality programme that aligns with The Ocean Race’s sustainability goals. To be climate-positive, more greenhouse gas emissions (GHGs) must be ‘drawn down’ than emitted. We advocated for investments in nature-based restoration and carbon-offsetting projects for those unavoidable GHG emissions.

A climate-positive guest experience means not only balancing guests’ GHG emissions but also, for the first time in sports, balancing the same number of local people’s GHG emissions, based on per capita emissions for that destination.

The team will collaborate with The Ocean Race to develop new systems that will accurately track and report the GHG impacts of logistics and guests, with automated systems that will simplify data management for the Race. For the guest experience programme, we will calculate the average GHG impact of a guest for two days, including flights, accommodations, ground transfers, food and beverage, and guest boats.

To achieve the ambitious goal of making the event climate positive, the Race will invest in ocean projects through ATPI Halo that will restore vital marine habitats sequestering carbon on behalf of the Race and stakeholders. These ‘blue carbon’ initiatives, which protect or actively regenerate mangroves, are located in carefully selected locations around the world. Healthy mangrove ecosystems can then store carbon, protect coastlines, provide important wildlife habitat, and benefit local communities.

“Sport has the power to inspire and accelerate action and nowhere is this more important than in the race against climate change. We’re drastically cutting emissions compared with the last Race in 2017-18, but creating a climate positive event can only happen with the support and input of every organisation that the Race touches. While some event organisers offset their partners’ emissions we believe that the responsibility should be on everyone involved to play their part. By doing this we don’t just reduce the impact of a single event, but help to create change throughout the industry.”

“We at ATPI are extremely proud of our partnership with The Ocean Race, and to be part of what is truly a benchmark for sustainable event management. The dedication and focus of the Race to measure and reduce emissions by including all partners has been inspirational and provided us new learning that will help us better support future events.”