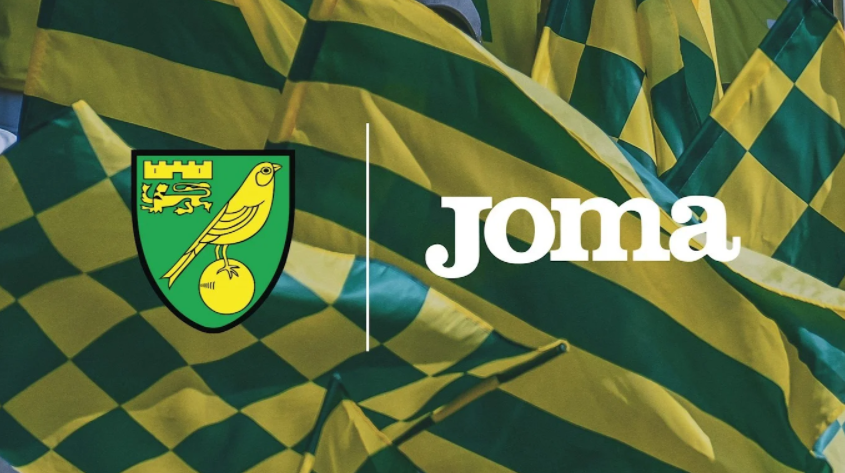 Norwich City Football Club is delighted to announce Joma as the new technical kit partner, in a record-breaking sponsorship deal.

Joma will supply the club with all first-team, academy and women’s kits, as well as trainingwear and travelwear for all teams. Joma will also be working in partnership with the Community Sports Foundation and undertaking major outreach initiatives in the wider Norfolk region.

Joma is the leading sportswear brand in Spain and one of the top international brands, distributing its products in more than 120 countries with more than 300 professional sponsored soccer teams around the world such as Atalanta, Villarreal, Anderlecht, Hoffenheim, and national teams such as Ukraine among others.

Thanks to these sponsorships, Joma is present in all major soccer leagues in the world, in all international competitions and in the World Cup.

The video also gave City supporters a glimpse of our new Joma travelwear, available to purchase from July 5.

Head of commercial operations, Sam Jeffery, said: “This is a partnership we’ve been working on for a very long time and we’re delighted to be starting this new agreement with Joma.

“When we took the decision to survey the market, we met every supplier with four key objectives we wanted to achieve: complete creative control of design, an outstanding commercial agreement in line with our self-financed model, a brand with a firm track record within football, and a partner who wanted to support the wider Norfolk community. We met every brand and Joma were by a long way the standout – we’re thrilled to be working with them.

“Fans can expect exciting kit designs and a wide range of community activations across the region, with support for fans, local teams and the Community Sports Foundation.”

General director of Joma Sport, Alberto Lopez, said: “The collaboration with a team such as Norwich City is very inspiring for us. We have already developed a strong working relationship in a short period of time, and I am convinced that, together, we will be even stronger.

“Joma is firmly committed to quality and design and now we will be fully focused on providing highest standards of service to Norwich City Football Club.”