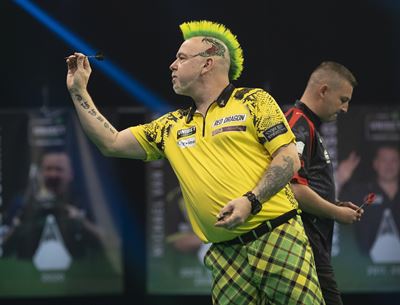 Nordic Entertainment Group (NENT Group), the Nordic region’s leading streaming company, and Matchroom Sport have renewed their media rights partnership in Sweden, Norway, Denmark and Finland while extending it to Iceland, Estonia, Latvia, Lithuania and Poland for the first time.

The agreement makes Viaplay the exclusive home of top darts tournaments such as the World Darts Championship, Premier League Darts, World Cup of Darts, World Matchplay, World Grand Prix, European Championship, Grand Slam of Darts and the Players Championship, in addition to the prestigious World Series of Darts Finals to be held this year in Amsterdam.

Peter Nørrelund, NENT Group Chief Sports Officer: “Our vision is to be the European streaming champion, which means Viaplay should offer something for everyone. We co-operate closely with Matchroom in the Nordic region and will now bring live coverage of some of Europe’s fastest growing sports to our newest markets. We work continuously with rights holders to develop sports properties together, so this agreement is great news for these sports and their fans across Viaplay’s rapidly expanding footprint.”

Barry Hearn, President of Matchroom: “We’re delighted to expand our existing partnership with NENT Group over the next few years offering sports fans fantastic access to some of the biggest moments in sport on Viaplay. NENT Group have been huge supporters of our sports over the years and we hope this continues to grow.”