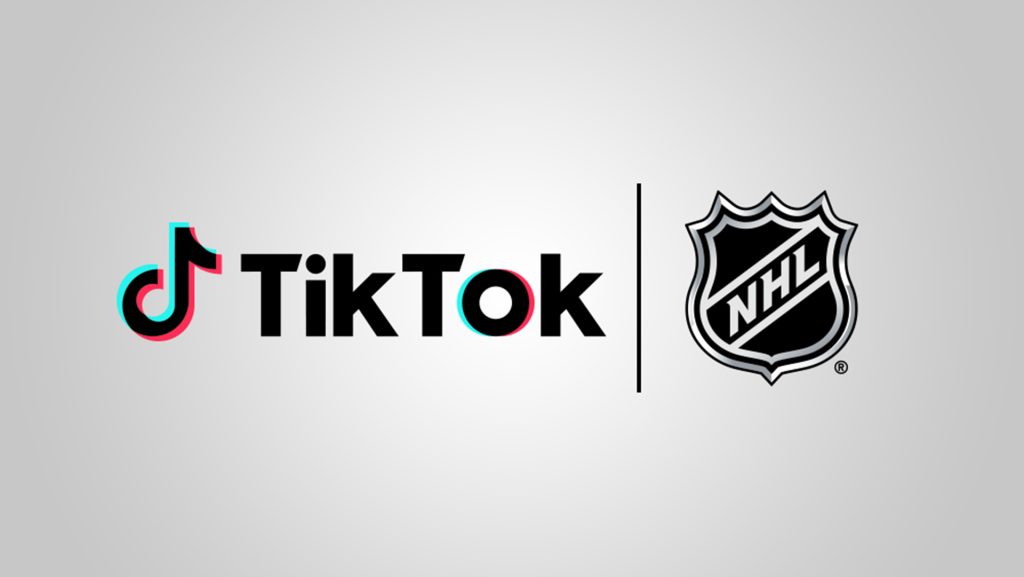 Today, the National Hockey League (NHL), the National Hockey League Players’ Association (NHLPA) and TikTok announced a new partnership to deliver original content and unique experiences to TikTok’s global community. The partnership will come to life in several ways, including in-ice branding and the introduction of the TikTok Tailgate Stage at two upcoming marquee outdoor NHL events – the 2022 Navy Federal Credit Union NHL Stadium Series™ on Feb. 26 in Nashville, Tenn. and the 2022 Tim Hortons NHL Heritage Classic™ on March 13 in Hamilton, Ontario, Canada – featuring performances by some of the TikTok community’s favorite artists.

The NHL and TikTok will work together to deliver exclusive content, including player fashion interviews, “Who Wore It Best” and “Get Dressed with the Best” segments, and other programming designed to showcase player personalities and personal styles.

“TikTok is an extremely influential entertainment platform with a growing audience of Gen Z users,” said Heidi Browning, NHL Senior Executive Vice President & Chief Marketing Officer. “While highlights are among our most engaging content, through this partnership, we hope to reach the broader TikTok community with exclusive content that captures the amazing fan experience at NHL games and tentpole events, player lifestyle videos, and concerts and global livestreams.”

With 12.2 billion global views, it’s undeniable that TikTok loves #Hockey. The @NHL on TikTok has steadily grown its account to 1.7 million followers, and team accounts on the platform have amassed more than 546 million views around the world. Content like trick shots, behind the scenes and off-the-rink activities, and anything to do with sports and pets are favorites of the community.

“As the digital media landscape has continued to grow and evolve, it’s clear that TikTok has established itself as a premiere platform to connect with fans around the world,” said Mathieu Schneider, NHLPA Special Assistant to the Executive Director. “We are excited to help showcase the style, interests and engaging personalities of our Players to a large and diverse audience through this exciting partnership.”

Music and entertainment are key components to the partnership, with the NHL and TikTok collaborating on musical artists for tentpole NHL events, including the 2022 Stanley Cup Playoffs, NHL Stadium Series™ and the 2022 Tim Hortons NHL Heritage Classic™.

Some of the TikTok community’s favorite artists will perform at the TikTok Tailgate Stage, which will become a signature feature of the partnership. Country music star Walker Hayes, who made noise on TikTok last year with his smash hit “Fancy Like,” will kick off the music collaboration with a pre-game show at the 2022 Navy Federal Credit Union NHL Stadium Series on Feb. 26. Propelled by the TikTok community, Hayes’ “Fancy Like” became the biggest country song of 2021 after making a TikTok with his daughter. The original video has now racked up over 32 million views, with “Fancy Like” topping multiple sales and streaming charts, reaching #3 on the Billboard Hot 100 and garnering Walker Hayes his first-ever GRAMMY Award nomination as an artist for Best Country Song. His performance will be exclusively livestreamed on the @NHL’s TikTok account on Feb. 26 at 5:30pm ET/2:30pm PT for music and hockey fans globally.

“Sports content is evolving; fans on TikTok want to see an authentic and multi-dimensional side of the athletes, leagues, teams, and games they love,” said Daniel Habashi, GM, TikTok Canada “We’re lucky to work with partners like the NHL and NHLPA who recognize this and want to bring music and fashion into the fold – two verticals that are both integral to TikTok and extremely popular with our global community.”

The Nashville Predators will take on the Tampa Bay Lightning outdoors in the 2022 Navy Federal Credit Union NHL Stadium Series™ at Nissan Stadium in Nashville on Feb. 26, at 7:30 p.m. ET / 6:30 p.m. CT. The game will be broadcast live on TNT, SN360, and TVA Sports.

The 2022 Tim Hortons NHL Heritage Classic™ outdoor game between the Toronto Maple Leafs and Buffalo Sabres at Tim Hortons Field in Hamilton, Ont., on Sunday, March 13, at 4 p.m. ET will be broadcast live on TNT, Sportsnet and TVA Sports.