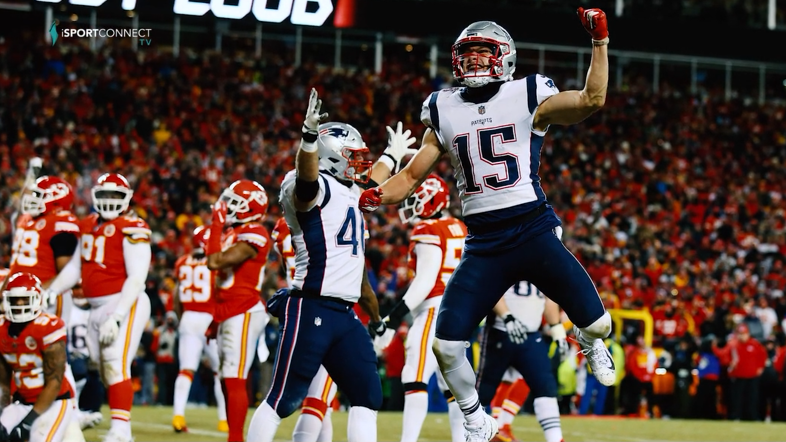 RTL Group (RTL) and DAZN have entered into long-term media distribution agreements with the NFL for the German market, offering German football fans more NFL games than ever before. The broadcast groups’ multi-year collaboration with the NFL will start with the 2023/2024 season.

The award of TV rights for the coming years will enable NFL fans in Germany to watch over 170 live games per season. The new agreements with RTL and DAZN will provide nearly 30% more live NFL games in Germanthan before. In addition, the two broadcasting groups are planning numerous new programming formats.

Sameer Pabari, Managing Director, International Media at National Football League (NFL): “We are thrilled to announce our two new media partnerships in Germany. From the 2023/2024 season, German NFL fans will be able to watch more live game broadcasts in German, and more weekly programming showcasing the best of the action on and off the field, than ever before. Both RTL and DAZN are committed to further developing the sport of football across the German speaking market with innovative content concepts, new approaches to broadcasting, and truly cross-platform distribution plans, ensuring that NFL continues to reach new audiences and grow the number of fans in the region for years to come. At the same time, we would like to thank our current free-to-air TV partners ProSieben and ProSieben MAXX for their longstanding partnership. Their support has been instrumental in developing the sport and the NFL fan base in recent years.”

Under the new RTL agreement, starting with the 2023/24 season, RTL and NITRO will be the exclusive free-to-air TV partners of the NFL in Germany. In addition, exclusive games will be shown live each week on RTL+. Between September and February of each season, football fans can look forward to almost 80 live broadcasts.

NFL programming will begin in 2023, with the agreement including April’s NFL Draft, the preseason, weekly regular season games, each season’s in-market Germany Game, the Playoffs, the Pro Bowl and the international sporting event of the year, the Super Bowl, with its huge interest to fans worldwide and its legendary half-time shows. The wide-ranging sports rights package is complemented by extensive highlight and original programming across all platforms.

Henning Tewes, Managing Director RTL Television and Chief Content Officer RTL Germany: “With the acquisition of the NFL rights, we are strengthening our programs sustainably for many years to come – this applies to RTL as well as to NITRO and our fast-growing streaming offering RTL+. This investment underscores our ambition as a broadcasting group to remain Germany’s leader in the advertising-relevant target group in the future. Viewers can look forward to highly attractive live sports from the USA. In the NFL, we have a highly professional partner who is also focused on growth, and we are very much looking forward to working with the world’s most successful professional league.”

The new DAZN agreement sees the NFL extending a long-term partnership that has taken the sport to many new viewers. On September 11, the 2022 regular season coverage kicks off on DAZN with the first ‘ENDZN’ of the season, where fans can experience all the action from all games as they happen. As last year, DAZN will offer its exclusive German-language ENDZN coverage in the DACH region every Sunday on DAZN. In addition, DAZN will also broadcast NFL RedZone and all ‘primetime’ games on Thursday, Sunday and Monday night.

The new agreement includes a new addition to the NFL’s broadcast calendar on DAZN. Starting with the 2023/24 season, DAZN will broadcast exclusively one early kickoff time game (7:00 p.m.) and one late kickoff time game (10:25 p.m.) every Sunday. These games will not be available on free TV.

The new season marks a landmark for Germany, with the inaugural Germany Game between the Tampa Bay Buccaneers and Seattle Seahawks in Munich on November 13. Next year, another regular-season game will be played in Frankfurt. DAZN will be live at both games, with the new rights agreement including co-exclusive broadcast rights to each season’s Germany Game, starting in 2022.

“American football and enthusiasm for the NFL have been growing rapidly in German-speaking countries for years, to which DAZN’s strong partnership with the NFL has contributed significantly. Innovative formats like ‘ENDZN’, which fans can only experience on DAZN, and the most comprehensive live as well as editorial coverage in German, make the NFL one of the most popular leagues among DAZN subscribers. That’s why I’m delighted that we’ll be able to present it to fans for many years to come via DAZN and the linear channels DAZN1 and DAZN2,” said Alice Mascia, head of DAZN in Germany, Austria and Switzerland.