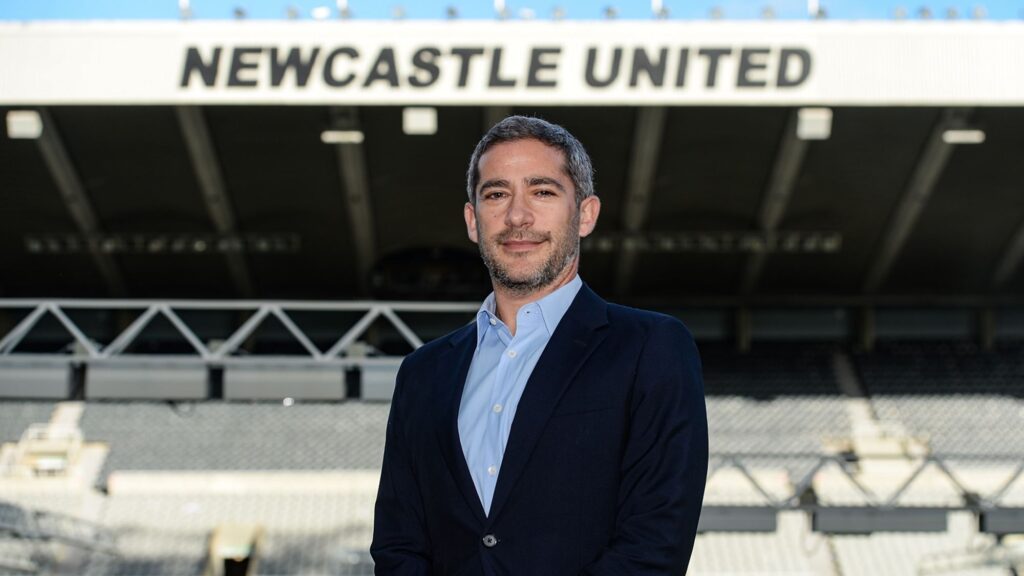 Peter brings almost two decades of commercial experience in the football industry that will be critical to delivering the club’s ambitious commercial growth plans.

During his tenure at Arsenal, Peter led several successful commercial initiatives, including the onboarding and development of Arsenal’s Adidas partnership, and the signing and extension of Arsenal’s sleeve partnership with Visit Rwanda.

He also oversaw the rapid growth of Arsenal’s e-commerce business and the agreement with Amazon for Arsenal’s much acclaimed ‘All Or Nothing’ documentary.

Peter also drove Arsenal’s club-wide commercial focus on the Arsenal Women’s team and the initiative to bring an increased number of women’s matches to the Emirates Stadium during the 2021/22 season.

Born in Glasgow, Peter attended Edinburgh University where he read law before beginning his professional career in investment banking with Morgan Stanley.

Prior to joining Arsenal, Peter worked at Pitch International in London and South America where he built and led their Brasil Global Tour project which was responsible for the organisation and commercialisation of the Brazil national football team’s global friendly schedule.

Peter said: “I am delighted, and honoured, to join Newcastle United as the club embarks on its exciting journey to build a sustainable, leading, Premier League and European club. Achieving that position will reward the unrivalled passion and loyalty of the incredible Newcastle United fans.

“I am committed to immersing myself in the heritage and culture of this giant club, and the vibrant city of Newcastle, while building and leading a talented and diverse commercial operation that will deliver the commercial success vital to power the fans’ and the club’s ambitious growth plans.”

Newcastle United CEO, Darren Eales, said: “We are delighted to announce Peter Silverstone as the club’s new CCO. After an extensive recruitment process, we are confident we have found the right person to work with our team to deliver our commercial growth plans.

“He will be a key member of the club’s executive team as we look forward to delivering on the club’s commercial potential.”