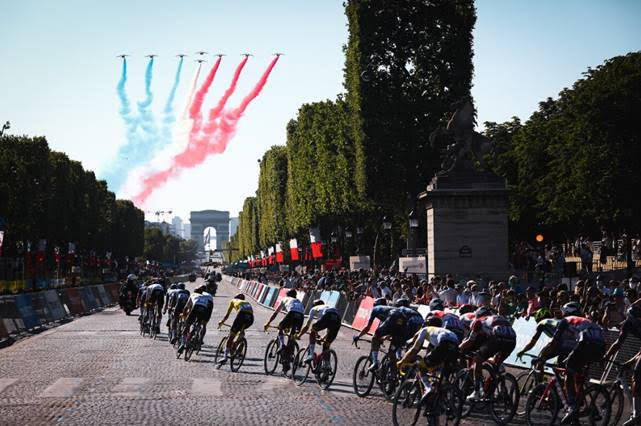 Netflix And A.S.O. Announce A Docuseries On The Tour De France 2022

Netflix is partnering with A.S.O. to create a documentary series on the Tour de France 2022, with the participation of France Télévisions. Produced by Quadbox, a joint venture between QUAD and Box to box Films (Drive to Survive), the series will follow the journey of 8 teams taking part in the most difficult cycling race.

Consisting of 8 episodes of 45 minutes, the series will follow as closely as possible all the actors of the Tour de France, from cyclists to team managers to understand the multiple stakes of a race that has become a true international symbol, broadcasted in 190 territories.

Filming will run from March to July 2022 for a release on Netflix in the first semester of 2023. In addition, France Télévisions will broadcast a 52′ documentary a few days before the start of the Tour de France 2023.

“We are very proud to unveil new aspects of the emblematic Tour de France. This is a unique opportunity to dive into the stories of its inspiring characters!”

“We are proud of this partnership with Netflix, France Télévisions and the Tour de France teams, which will offer fans a unique immersion behind the scenes. Through a narrative approach, which is additive to the competition itself, the public will be able to discover how the Tour de France represents the ultimate challenge for the competitors ; in particular in terms of suffering, pushing their limits and team spirit. This project is part of our overall ambition to make our sport more accessible and meet an even wider audience.”

“As the historic partner and broadcaster of the Tour de France, we are delighted to participate in this project which will allow everyone to experience part of the daily life of champions and teams. It is additive to what we do every year during the race and we believe that it will attract an even larger audience to this beautiful event.”