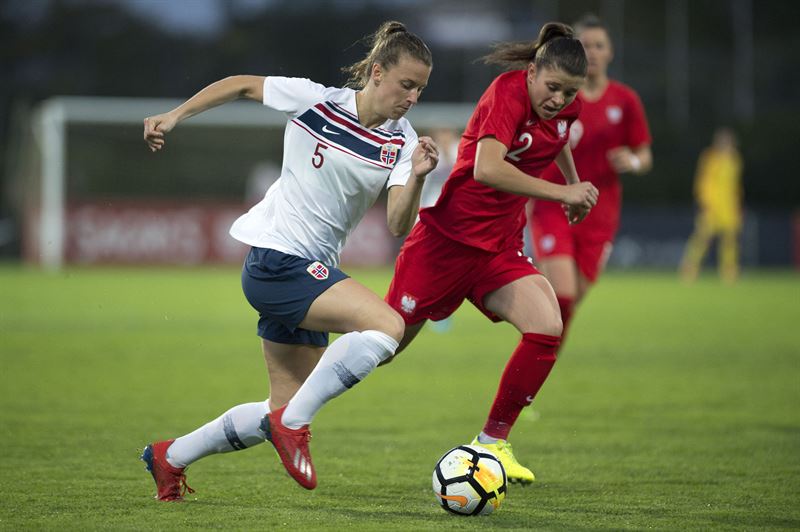 All 64 matches from the biggest tournament in international women’s football will be available to Polish fans live on Viaplay, which is the home of Europe’s best women’s football with over 100 live matches every year. NENT Group already holds the rights to show the FIFA Women’s World Cup 2023™ on Viaplay in Sweden, Norway and Denmark.

Known as ‘Orlice’ (‘The Eaglesses’), the Polish national women’s team kick off their qualifiers for the FIFA Women’s World Cup 2023™ in September. The tournament’s expansion to 32 teams (from 24 teams in 2019) represents a golden opportunity for Poland to reach the showpiece event, which will take place in Australia and New Zealand in July and August 2023 with the star-packed US team seeking a record third consecutive title.

In the event of Poland qualifying, all the team’s games from the FIFA Women’s World Cup 2023™ will be shown free to air with local commentators, experts and studio programming.

Ewa Pajor, Poland and VfL Wolfsburg: “We are ready and our priority now is to win matches. Maybe some will call us underdogs in our qualifiers, but we want to go step by step and make it to the finals. I hope that it will soon be obvious to all Poles that they have two national teams in football.”

Jean-Christophe Petit, Director Media Rights & Content Services, FIFA: “NENT Group has demonstrated a strong commitment to women’s football and we are happy to extend our partnership with them on the FIFA Women’s World Cup™ in Poland. We are looking forward to working with NENT Group to continue to grow the popularity of the women’s game in Poland.”

Peter Nørrelund, NENT Group Chief Sports Officer: “More than 1 billion viewers saw the FIFA Women’s World Cup 2019™ – and this is just the start. Women’s football is one of the world’s fastest growing sports, and Poland’s young and exciting ‘Orlice’ are ready to soar. We look forward to thrilling and inspiring Polish viewers with every game from Australia and New Zealand as part of Viaplay’s line-up of the very best in the women’s game.”