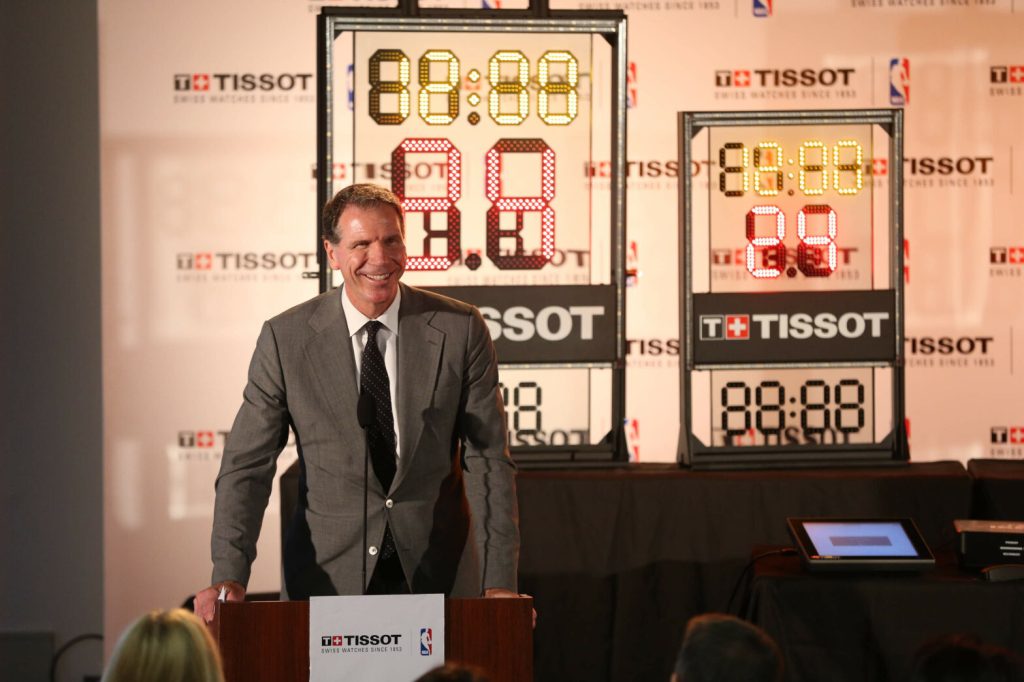 The National Basketball Association (NBA) and Tissot today announced a multiyear extension of their marketing partnership, which will expand upon the global agreement that began in 2015.  As the Official Watch and Official Timekeeper of the NBA, the Women’s National Basketball Association (WNBA) and the NBA G League, the partnership will continue to champion Tissot’s precision timekeeping, performance and style to fans across the globe.

To commemorate the extension, Tissot is bringing NBA fans closer to the game through its recently launched T-Touch Connect Solar timepiece.  The hybrid Swiss watch that combines a traditional masterpiece with connected functionalities now allows NBA fans to track their favorite teams.  Features include access to key information such as game schedules and team standings.  In addition, users will soon be able to follow NBA games live through the watch’s silent notifications, which will provide game scores and key statistics.  The watch is available for purchase immediately at Tissotwatches.com and select jewelers nationwide.

“Tissot is honored and happy to renew its contract with the NBA,” said Sylvain Dolla, Tissot CEO.  “Being the Official Timekeeper of this league offers a tremendous potential of growth as well as a deep feeling of pride.  Tissot’s aim is to continue to develop watches and timekeeping solutions that will enhance the NBA experience for all basketball fans.”

The brand, which counts top NBA players including Damian Lillard, Clint Capela and Klay Thompson as brand ambassadors, is a fixture at major NBA events, including NBA All-Star, the NBA Draft presented by State Farm, and NBA Summer League.

“We are thrilled to tip off the NBA’s 75th Anniversary Season by renewing our partnership with Tissot,” said Salvatore LaRocca, NBA President, Global Partnerships.  “Tissot is synonymous with the excitement of our game through its state-of-the-art oncourt timekeeping system in all of our NBA arenas and it continues to bring our fans around the world closer to the NBA through its T-Touch Connect Solar timepiece.”

Tissot and the NBA developed an innovative precision timekeeping system that has been used in all 29 NBA arenas since the start of the 2016-17 NBA season.