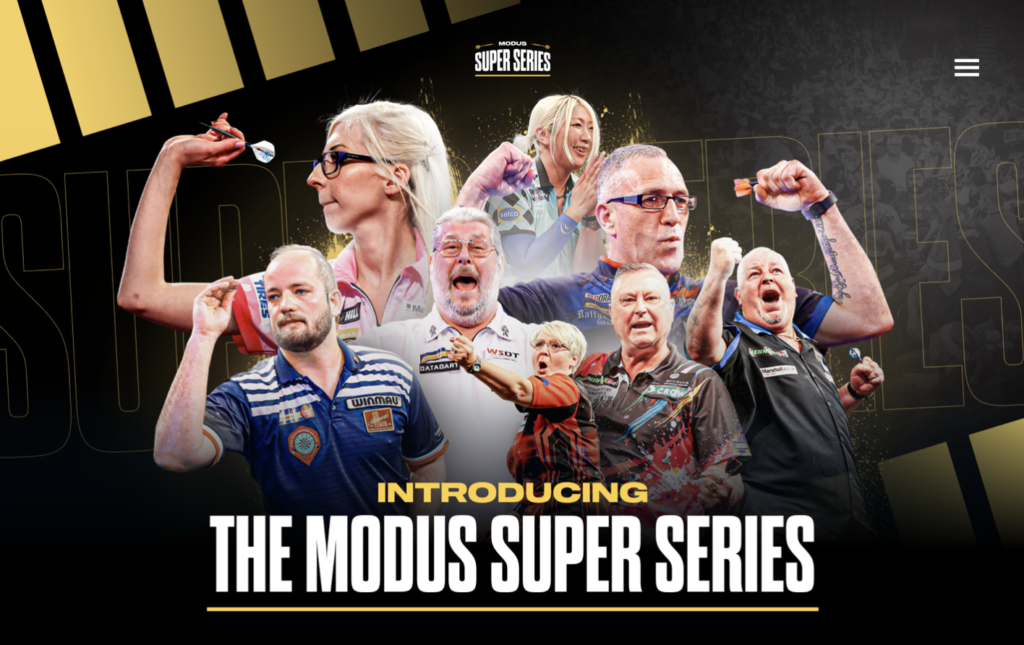 The MODUS Super Series, launched at the start of September, we spoke to their Head of Operations Billy Lovell about the new series and what they are aiming to achieve.

Why did you decide to start a new darts competition?

MODUS are always looking at ways to help players improve with the view to making the transition from amateur to the professional ranks a smoother, more achievable process. Following a long thought process it was decided to give amateur players the chance to compete in a professional environment, similar to a full scale TV stage environment including a live broadcast, offering them the chance to gain vital experience under match conditions against top class opponents from around the world.

Could you briefly outline the competition’s format?

Twelve players play per week across three groups. By the end of the Friday evening session the field is cut by 50%, meaning six players make it through to the final evening on Saturday night. Each Saturday night finals winner will then qualify for Finals Week. This is then repeated for 12 weeks, giving us the 12 players for the Series-End Finals Night, where the winner walks away with £20,000.

A lot of darts fans only tune into the World Championships at Alexandra Palace. Is this part of a move to try and keep them interested all year round?

The World Championships at Alexandra Palace are the pinnacle of the darting calendar. Our aim is to help provide the platform for players to go on to qualify for this, in turn giving darts fans the opportunity to tune in to see the up and coming players while following them as they progress to the professional ranks in the game.

With a new competition you have a chance to try new things. What sort of new stuff will we be seeing on our screens?

With the MODUS Super Series being a new event, innovation is of course important to us and we have a few things up our sleeves. There are plans to change up the line-ups with special weeks moving forwards, while we will also be looking to introduce new format changes when the time is right, but nothing is set in stone as of yet and this is still being discussed internally.

Fan experience is so important and at Alexandra Palace the fans play a massive role. What are you going to be doing to make sure all the fans that attend will have as good of a time as possible?

As with any live sport, fans play a huge part when it comes to darts events, and so developing the MODUS Super Series fan experience is another important element to our long-term strategy. We are constantly working on fan engagement and are looking to introduce pre-event entertainment along with special appearances at events and competitions for all fans.