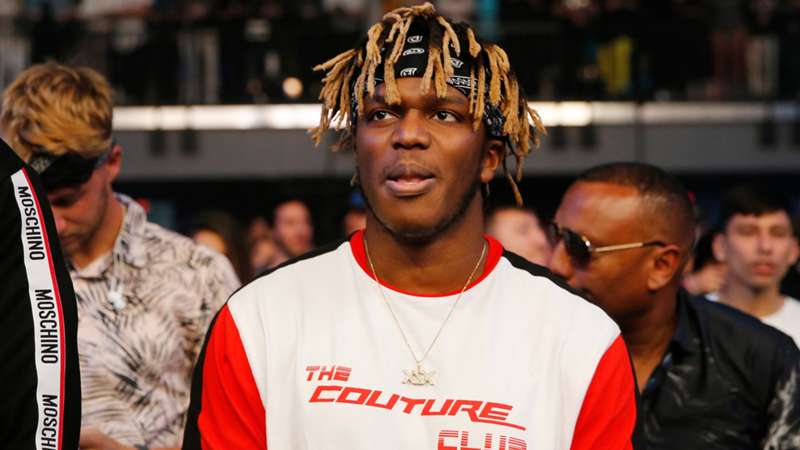 Crossover combat series promoted by Misfits Boxing will see the biggest global names in entertainment, sport, and lifestyle headlining blockbuster fight nights exclusively on DAZN for the next five years.

In another move that cements the global sports entertainment company as the ultimate home of sports, DAZN Group today announces a landmark partnership with social media megastar KSI and his promotional company Misfits Boxing. The deal, in association with the Sauerland brothers, Wasserman Boxing and Proper Loud, will see all KSI fights and MF&DAZN: X Series events broadcast exclusively on DAZN for the next five years.

DAZN is a leading digital sports platform in Italy, Spain, Germany, Belgium, Portugal, Japan, Canada, the US and the UK. Its wide range of exclusive content includes top-flight football from the world’s most popular competitions – Bundesliga, English Premier League, J.League, LaLiga, Serie A, and the UEFA Champion’s League, in addition to the biggest sports from around the world – Formula 1, NFL, NBA, MotoGP and the UFC.  DAZN is a global home for boxing and combat sports through its partnerships with Matchroom Boxing, Golden Boy Promotions, the Professional Fighters League, and a global home for Women’s Football with Women’s European Champions League and Liga F. DAZN is adding more sport and more forms of entertainment to its platform to create the ultimate destination for sports fans.

This pioneering partnership will bring five more years of crossover drama and non-stop boxing action to DAZN subscribers around the world. The series will feature the biggest global names in entertainment, sport, and lifestyle, and will be delivered to DAZN’s best-in-class live production standards.

This announcement follows the huge success of the MF & DAZN: X Series to date, which has seen unprecedented numbers tuning in to watch the drama live and on-demand. The first show alone, headlined by KSI in August, attracted nearly 2 million global viewers on DAZN (with 90% of those tuning in being first time subscribers to DAZN), with the highlights and build-up content generating a further 30 million views across DAZNs social platforms.

“DAZN brings the very best in sport and entertainment to millions of customers worldwide. The MF&DAZN: X Series has quickly proved to be hugely popular, driving significant new audiences and engaging a new generation of sports fans.  We are extremely excited to be partnering with KSI, Wasserman Boxing, Mams Taylor and the entire Misfits team to build on this early success over the next five years”, said Joe Markowski, CEO DAZN North America.

KSI, CEO of Misfits Boxing, said: “This is a massive agreement between everyone involved with Misfits Boxing, and I personally couldn’t be more excited for what this means for everyone moving forwards. It just shows everyone is here to establish a long-serving crossover boxing promotion that aims to provide ultimate entertainment and somewhere the fans and fighters can call home. There’s no better way to celebrate this deal than with me fighting on Jan 14th and setting up a huge 2023. Misfits Boxing has arrived and is here to stay.”

Co-President of Misfits Boxing and CEO of Proper Loud, Mams Taylor said: “Misfits Boxing was birthed to give the fans crossover boxing of the highest quality, and a promotion that is as much theirs as it is ours. The success, due to the fantastic partnership between KSI, DAZN, KSI, Wasserman Boxing and myself, has meant that we can continue to remain the established home of this sport. We are proud that the future will be filled with countless MF & DAZN: X Series events, and this deal is just the starting point of what Misfits Boxing will go on to achieve for the next five years.”

“This agreement is truly an historic event and one which changes the dynamics of the entire ‘crossover’ boxing industry. We are so proud of Misfits Boxing’s achievements in its first six months of smashing records but now, with the long-term vision with our esteemed partner DAZN in place, we can focus on consistency of delivering the best events under the MF & DAZN: X Series Events starting with the blockbuster on January 14”, said Kalle Sauerland, Co-President of Misfits Boxing and Head of Global Boxing at Wasserman Boxing.

MF & DAZN X Series 004 sees KSI and  Faze Temper fight it out in an epic grudge match at the OVO Arena Wembley in London on January 14th. This blockbuster night will be available around the world for DAZN subscribers and as a DAZN PPV in Australia, Canada, France, Netherlands, Mexico, New Zealand, Sweden, the UK, Ireland and the U.S.