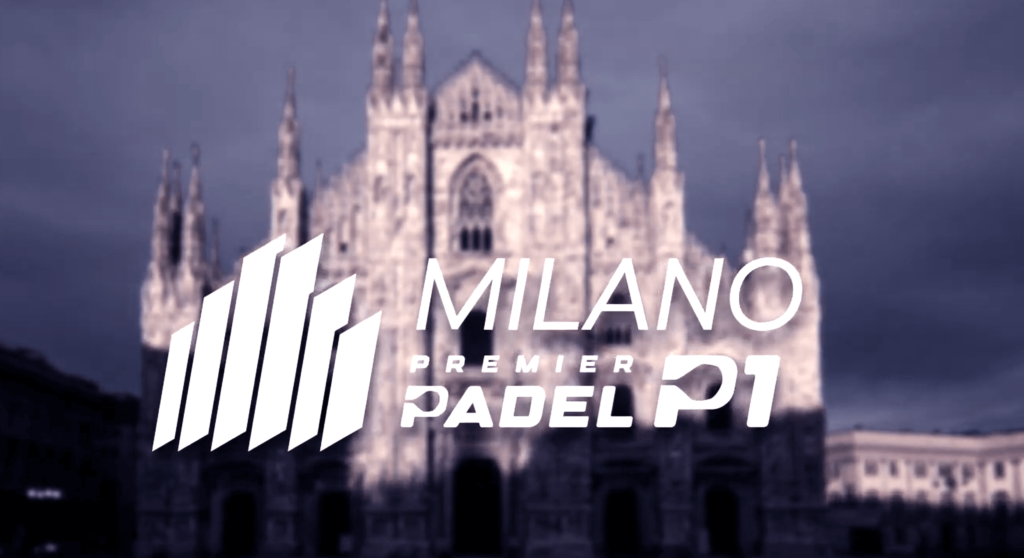 Premier Padel will finish its incredible inaugural season with the Milano Premier Padel P1, formally announced today. The tournament will be the final event of 2022, in a year which saw padel go premium professional and global – with unmatchable events across South America, Europe, the Middle East and Africa, gracing venues including the world-famous Stade Roland Garros and Foro Italico amongst many others.

The Milano Premier Padel P1 will take place from December 5th to 11th 2022 as part of a multi-year deal with Padel Pro SSD. The Allianz Cloud will play host to the competition. The Qualifiers will take place on December 3rd and 4th at the City Padel Milano, with the main draw starting at their conclusion.

Today’s announcement comes hot on the heels of the first ever Premier Padel tournament in Africa getting underway earlier this week. The NEWGIZA Premier Padel P1 takes place within touching distance of the oldest of the seven wonders of the ancient world, The Great Pyramid of Giza. NEWGIZA joined Madrid, Mendoza and now Milan as hosts of P1 tournaments this season.

The professional facilities, prize money and player care at the tournament will be in line with other P1 events. Premier Padel is the only tour to offer official ranking points to players and P1 tournaments will earn the winners 1000 points.

Luigi Carraro, President of the International Padel Federation said:“The International Padel Federation works night and day to help the sport grow across all continents, for amateur and professional players and for fans everywhere. The Milano Premier Padel P1 will follow in the steps of all Premier Padel events in providing the players with the very best playing and professional experience, while inspiring fans across Europe and all around the world. We cannot wait for this tournament to cap the most incredible year for Premier Padel:- the global tour that has propelled the present and future of padel to amazing new heights and incredible ambitions for the future.”

Nasser Al-Khelaifi, Chairman of Premier Padel said: “Premier Padel is delighted to conclude the most incredible, inaugural year with theMilano Premier Padel P1. Premier Padel has revolutionised the professional sport of padel this year, elevating and game-changing every single aspect of the professional game – from venues and broadcasters to prize money, medical facilities and placing the players at the heart of every decision. No-one could have imagined this a few months ago – and this is simply the beginning.”

Martina Riva, Councilor for Sport, Tourism and Youth Policies of the Municipality of Milan said: “Another international sport event will be hosted in Milan at the renowned Allianz Cloud: the Premier Padel P1 tournament. We are proud that the International Padel Federation has chosen to conclude the first year of the official world circuit in Milan, a result that we have achieved thanks to our strategic partnership with Milanosport S.p.A. Today’s announcement confirms Milan’s extraordinary ability to attract major international sporting events. Padel is one of the fastest growing and most successful sports in the country and I am sure that the public will be thrilled to be able to watch the best players competing in our completely renovated, historic arena, and will be ready to welcome them with open arms”.

Angelo Binaghi, President of the Italian Tennis Federation said: “We are very pleased that Italy is preparing to organise a new round of the Premier Padel, the new international circuit that has established itself all over the world in just a few months. The Milano Premier Padel P1 now stands alongside the Italy Premier Padel Major in Rome that, after the first edition last May, returns to the Foro Italico next year, offering the ever-growing number of fans of this sport an even wider range of entertainment. The announcement is even more significant coming just a few days after the National Assembly of our Federation approved the name change, and now becomes the Italian Tennis and Padel Federation: it couldn’t have come at a better time for this historic milestone for racket sports in Italy”.

Vito Cozzoli, President and CEO of Sport e Salute S.p.A. said: “The debut of Major Premier Padel in Rome had a great success for spectators and fans, and it shows this spectacular sport has entered deeply into sport of our country and can offer a world-class show. Sport e Salute S.p.A. is pleased to collaborate in the success of this event and to bring the great padel in Milan with enthusiasm and professionalism”.

Padel Pro, Local Promoter of Milano Premier Padel P1 said: “This is a special moment for us, the event highlights the growth of our beloved sport in Italy and all around the world. A great potential for the future of Padel Pro as a promoter of major international sporting events in our country. Our thanks go to the Sponsors and Institutions who support the project and to the Fans who will make the Allianz Coud live with their passion. We are very excited and honored to working with FIP, Premier Padel, the City of Milan, FIT, Sport e Salute and the PPA, to deliver unforgettable Premier Padel P1 events for next three years”.

The Board of Directors of the Professional Padel Association (PPA) said: “It’s been an unforgettable year for the sport of padel with the formation of Premier Padel and how the sport has grown in such a short amount of time. We are proud to finish the 2022 season in Milan and look forward to playing in front of passionate padel fans at the Allianz Cloud.”