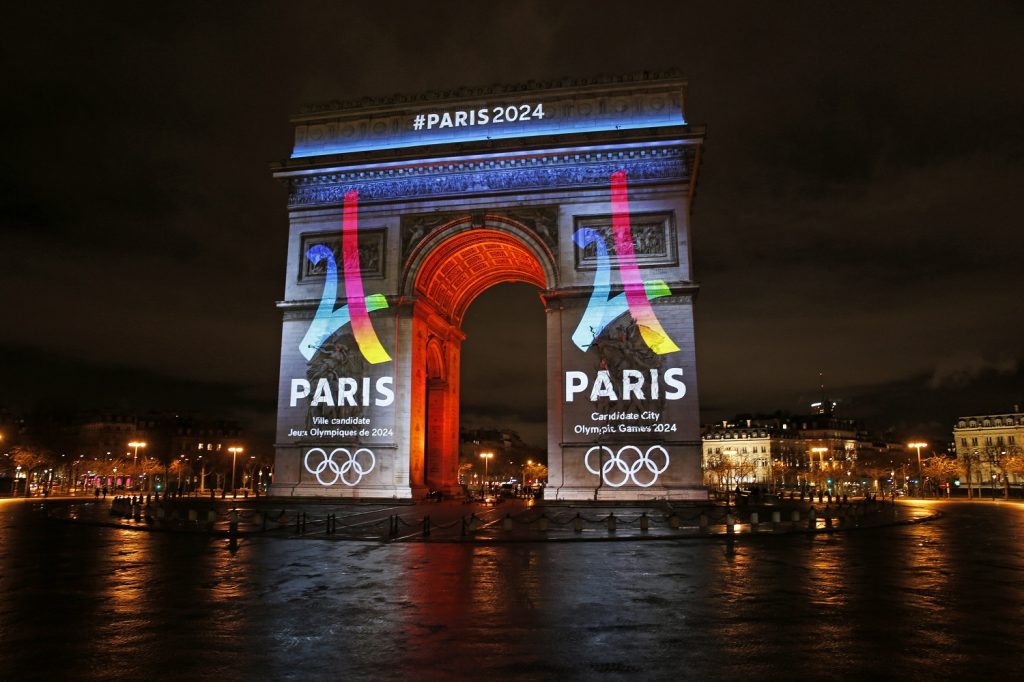 The World Athletics Championships is the biggest sporting event in the world outside of the Olympic Games.

The championships involve nations and athletes from across the globe. It’s a very big event and a very big deal.

It’s also a barometer for sporting blockbusters – usually held in major capitals such as London, which hosted in 2017. Tokyo has just been announced for 2025.

The contrast could not be greater with the destination for this year’s mega sporting event.

But not to those who know Eugene.

This is a dynamo sports college city, billed as “TrackTown USA,” and has produced several former Olympic medallists and running greats.

Eugene is currently hosting the championships in the United States for the first time in a bid to revive its glory-days and image as a track and field heartland.

This is a very big moment for track and field, its governing body and president Seb Coe, in their efforts to rebuild, grow and promote the sport in the world’s biggest sporting market.

SPORT IN THE SHADOWS OF WAR

Sporting events and locations are being reshaped by the unrelenting Covid pandemic, soaring inflation, growing energy and food crisis and especially by Russia’s war on Ukraine.

While the IOC led calls for international sports federations and governing committees to sanction Russia earlier this year, the bans are now starting to have impact as Russia is excluded from more prestigious events.

The sanctions are also widening as the death toll and suffering caused by Russia continue to mount.

The latest Russia and Belarus bans include the International Ice Hockey Federation Women’s World Cup in Denmark next month.

Russia will continue to be isolated from world sport’s biggest events in the months ahead, culminating with the FIFA World Cup in Doha beginning in November.

The World Athletics Championships in Eugene loom as a bellwether.

While the planet’s best and most decorated athletes from 200 nations are competing in Eugene, no Russian athlete can be seen on track or field.

While Djokovic’s 21st Grand Slam win narrows the gap with world record holder Rafael Nadal, on 22  slams, the player ban is the enduring legacy of the topsy turvy Wimbledon tournament on world sport.

The prohibitions on Russia and Belarus at Wimbledon and now Eugene have crossed a new sporting threshold.

While Russian national teams have been excluded previously from smaller events, the ban on individual players at Wimbledon was historically significant – the first of its kind since players from Germany and Japan were not allowed to compete following the Second World War.

Wimbledon and Eugene are turning points in sport’s response to Russia’s war on Ukraine.

The absence of Russian and Belarusian athletes is set to become a ‘new normal’ for international sport.

While reports claim that Russia may be illegally holding up to 400 foreign owned passenger jets hostage in the global sanctions fight, more Russian athletes will be grounded in the coming months as the war begins to extend into a long term conflict.

The ban on Russian athletes and teams in Eugene is highly significant.

Track and field is the most important Olympic Games sport, with medals highly prized by the Russian government leaders and athletes.

Although governing bodies and federations had hoped sanctions could be implemented with minimal disruption to athletes, sponsors and host cities, there is growing recognition that sports must be seen to be playing a real role in global efforts to contain Russia.

While a cavalcade of tennis players opposed the Wimbledon bans at the outset, it soon became apparent that a ‘business as usual’ approach was neither sustainable nor credible in the wider international community, on which sport depends.

The use of neutral national team colours and flag bans favoured by many sports leaders were not enough.

Wimbledon and Eugene have changed the rules of engagement – on and off the fields of play.

The initial debate over player bans has helped to highlight the depravity of Russia’s invasion within the wider sporting community and world beyond.

Claims the bans were unjust and unfair to players have been rendered irrelevant by the scale of suffering and atrocities inflicted by Russia.

The Wimbledon and Eugene bans also signal an escalation in sanctions against Russia, leading to possible suspension from the Olympic Games, the ultimate penalty in world sport.

There is also a growing recognition that Russia is not a nation on which to fight for sport’s neutrality.

This includes a long and tragic history of doping, cover up attempts, manipulation and failed efforts by independent international bodies to reform the Russian government controlled sports system.

A growing number of leaders in world sport see Russia as a lost cause, almost beyond rehabilitation.

The banning of Russian players from Wimbledon initially was the most consequential so far in sport’s response to Russia’s invasion.

The bans initially prompted anger within some professional sporting ranks, with Novak Djokovic describing the intervention as “crazy.”

The same word has been used to describe Djokovic’s opposition to life saving covid vaccines, which have saved millions of lives.

While sanctions on Russian oligarchs, industry and finance leaders and institutions have been applied across almost all sectors, the Wimbledon bans raised difficult questions for sport that shadowed the tournament.

These persisted from start to finish, with victory in the women’s final going to Russian born Elena Rybakina, now representing Kazakhstan.

Early anger over the bans subsided in the countdown to Wimbledon with greater recognition and awareness of Russia’s war crimes.

Daily revelations of Russia’s brutal war during preparations for Wimbledon and throughout the tournament brought greater understanding, clarity and support of the bans. It has not been a feature in Eugene.

The impact of war on international sport will increase the longer the war continues, and could lead all the way to Paris 2024 Olympic Games.

The IOC President Thomas Bach meet recently with Ukraine leader Volodymyr Zelenskyy, who told the Olympic leader that Russian Olympic representatives “ have no place in the world’s sports community.”

Zelenskyy estimated about 89 athletes and coaches have already died in the battlefield while 13 are in Russian captivity.

“We are with you with our hearts, with our thoughts every day, and we want to support you to make your Olympic dreams come true,” Bach said in an emotional exchange between the two.

Whispers are now growing louder within the international community that a ban on Russia at the Paris Olympics seems inevitable, especially as the Games is dedicated to peace.

Senior Olympic figure Sir Craig Reedie said recently that “my guess is that the general feeling would be they should not qualify.”

Michael Pirrie is an Olympic and international major events advisor and commentator who led London’s global media campaign for the 2012 Olympic Games and served as Executive Adviser to Seb Coe and the London Olympic Games organising committee, amongst other senior positions in international sport.