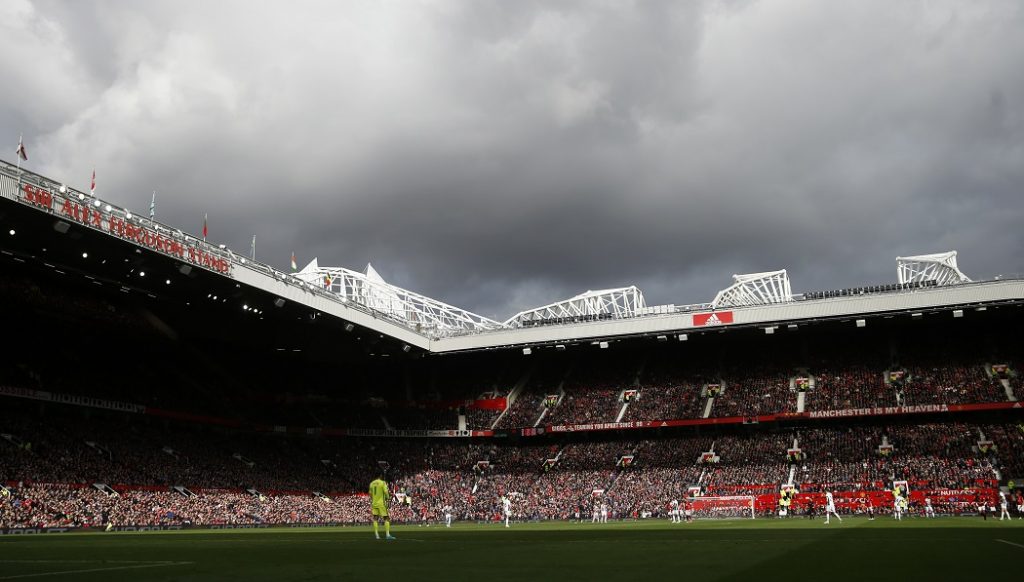 On the face of it, Manchester United’s victory against perennial title challenges Liverpool earlier this week may have come as some surprise.

After losing the first two games of the season to Brighton and then Brentford, protests and complaints about United’s owners, the Glazer family, reached boiling point yet again

Decimated by injury and having had a slower start to the season than in recent years under Jurgen Klopp, perhaps Liverpool were there for the taking, particularly with new Red Devils coach Erik Ten Hag needing to gamble with pressure already mounting.

Despite United’s win, the spotlight remains on the Glazers whose tenure has been indifferent to say the least.

Once the dominant force in the Premier League, they have not won the title since Sir Alex Ferguson retired in 2013 and while investment into the team has been substantial, it appears to lack any coherent strategy.

United are blessed with one of the largest fanbases in the world, and the success they enjoyed during the Fergie years further built their reputation as one of the icons of world football.

The Glazers know this, and that even in times of relative struggle, the volume of fans attending matches or consuming their content and buying merchandise will continue to bring in significant revenues.

Back in June 2005, Joel Glazer gave the impression that he grasped the importance of the fanbase when he said: “Fans are the lifeblood of the club. People want to know what’s happening. We will be communicating.”

Since then, fan fears have been confirmed with little communication from the family and the club gaining £660million of debt, withits average annual interest payments growing to £95million, more than a third of their annual revenues.

Old Trafford has also suffered, the iconic stadium is now an ageing shell with a leaky roof and rodent issues among the problems fans have faced.

Big name players come and go without any sense of progress and things got so bad that a fan protest led to the postponement in 2021 of arguably United’s biggest match of the season, the North West derby against Liverpool, with Old Trafford stormed and thousands more supporters blocking access to demand the Glazers sell the club.

In the aftermath of the abortive European Super League last year, executive vice-chairman Joel Glazer conceded that his family’s silence has given fans the impression that they do not care about the club.

In a two-hour meeting with the club’s Fans’ Forum – arranged following the fallout of the European Super League – he said: “We always took the approach that we should stay in the background [and] let the manager, the players, the people at Old Trafford, be the ones out in front, communicating and talking.

“In retrospect, that was not the right approach and there’s a middle ground.

“Our silence wrongly created the impression that we don’t care, that we aren’t football fans, that we only care about our commercial interests and money. I can assure you nothing could be further from the truth.”

And yet the silences have continued.

United legend Gary Neville, who accrued over 600 appearances at the club, winning 23 major trophies, didn’t hold back in an explosive rant on the sorry state of affairs of his former club.

He said: “There is a family in America that is letting its employees take the blame. They need to get on a plane to Manchester and explain what the plan is. We never will have the Glazers here.

“The only money that has been spent on players has been generated by the club. The Glazers have borrowed and used the revenue the club generates through its amazing fanbase. Us four (pundits) could buy the club tomorrow and spend the same money.

“My point is there has been a toxic culture at this club for the last 10 years since Alex Ferguson and (CEO) David Gill left. It’s a mess. And it cannot continue to go on. The embedded failure over a ten-year period has to come back to the owner

“They haven’t dealt with the football ground which is rusting. They need a billion (pounds) for the stadium and probably a few hundred million for the training facilities.

“They were cash rich a few years ago now they’re struggling. Something has to give.”

A recent report by Deloitte showed that the Glazers were the only Premier League owners to take dividends out of their club, with new Chelsea owner Todd Boehly impelled to include ‘anti-Glazer clauses‘ to stop him taking dividends out of the Blues for a decade.

With the club in such disarray, the Manchester United Supporters Trust released a firm statement which said: “As we’ve always said, a fish rots from the head. And the ultimate responsibility for the terrible state of our football club must lie with its owners, the Glazer family.

“It is now for them and their management team to explain to United fans just why we are in this state, and what they are going to do about it. We’ve had some difficult times in the last decade, but this really does feel like rock bottom.”

“We’re being asked a lot about protests at upcoming games (including Liverpool) and as we have always said we will publicise any credible, lawful and peaceful protest so that our members have the information and can make their own decision as to whether they wish to take part.”

The Glazers’ failure to address fan concerns or share a vision and strategy to make the club competitive for major trophies once again compounds fans’ frustrations and unsurprisingly, only 4 per cent of Manchester United fans back the ownership of the Glazer family, according to a recent poll.

The only insight fans have had – and a limited one at that – was new CEO Richard Arnold meeting fans in the pub who admitted that last season had been a “nightmare” while agreeing that Joel Glazer needed to speak for himself.

The Glazers are reportedly considering selling a minority stake in the club, but leaving new coach Ten Hag to address issues that go far beyond his tenure or responsibility only serves to nurture the toxic narrative surrounding the club.

The 1958 group staged a fresh protest against the ownership before arch-rivals Liverpool’s visit to Old Trafford and look set to continue until the culture around United is transformed.

With United’s status as one of the biggest clubs in the world enduring, it will be interesting to see whether the Glazers change their approach.

Whether the Glazers start talking to fans and media or keep hiding in the shadows remains to be seen, but no trophy in five years and a catalogue of strategic and communications disasters are creating headlines for all the wrong reasons.