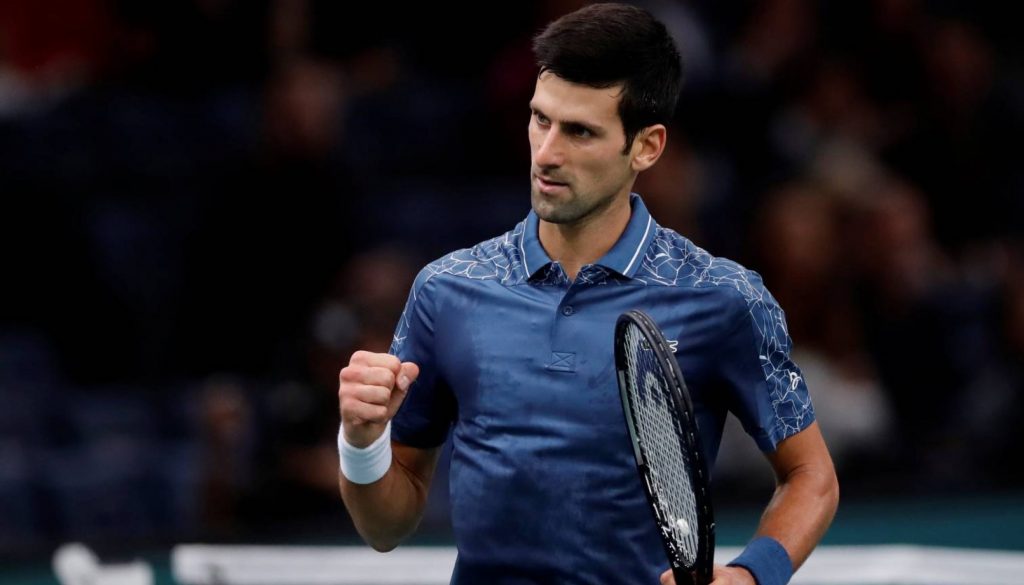 Member Insights: What Effect Can The PTPA Have In A Sport Light-Years Ahead Of Others In Propelling The Athlete Voice?

Another acronym enters sport but to what effect in a sport already light years ahead of others in propelling the athlete voice? International communications consultant Ben Nichols looks at the Professional Tennis Players Association – or PTPA – entering international tennis,  a sport already well ahead of its peers with its inclusiveness of players’ interests.

On the eve of the socially-distanced, crowd-less US Open, a new acronym entered sport. Another acronym sporting entity in an industry already swimming with them. Drowning with them in fact. For those of us that work in sport, we’re beginning to struggle to keep up with the plethora of sporting acronyms. As for those of us that don’t, well, enough said. The marketing folk of the international sport industry must surely be reaching boiling point when it concerns acronyms; surely, we are approaching the point of no recollection when it comes to new hastily-assembled acronyms? Perhaps, my prophesying of the hasty death of the sporting organisation acronym are just that: prophecies, because if the latest incarnation of the acronym sports organisation is anything to go by, they are still very much in vogue.

But, this is not an article about acronyms. Far from it, it’s about something far more impactful and far more defining. Potentially. This time, for the sport of tennis; a sport that I grew up playing, qualified as a coach in and spent the early years of my career in, resulting in a role as head of Press for the ATP and WTA Dubai Tennis Championships.

“As if it needed reminding, the very beginnings of the ATP came about through players meeting in a secluded stairwell at the US Open to discuss the need for a players’ association”

As a sport, tennis has, I believe, been far more progressive than many of its counterparts. Though some will beg to differ, to me it is a sport that has embraced change far more than some give it credit for. And that ranges from the professional tours’ marketing efforts, securing title sponsorships, embracing equal prize money, working with the players; and it includes the Grand Slams such as Wimbledon, too (look through the wisteria and genteel aura of Wimbledon and there is a tournament that, certainly in how it projects its brand, is always evolving. And so that’s why, to eyes outside of the tennis bubble, the notion of a new breakaway players’ union – the Professional Tennis Players Association – is all the more surprising.

Over the years, professional tennis (both men’s and women’s) has been light years ahead of its counterparts across the industry. As if it needed reminding, the very beginnings of the ATP came about through players meeting in a secluded stairwell at the US Open to discuss the need for a players’ association; a journey that led to the now-famous “press conference in a parking lot” from which stemmed the ATP Tour and a major role for the players in shaping tennis. In fact, the partnership was unique with the players and tournaments each having an equal say in how the circuit would be run.

“It may come as a surprise to some, but the Djokovic-led body did not come out of nowhere. It has clearly been in brewing for quite some time, with some players feeling a lack of representation within the Grand Slam system.”

And, to all intents and purposes, with the ATP as it is today (through the Board of Directors), that healthy 50% player – 50% tournament split still exists; and then there’s the ATP Players’ Council itself. The ATP of 2020 – and men’s tennis to that end – resembles a hugely advanced ‘athlete voice’ culture, years ahead of so many of the Olympic sports. You only have to take the likes of the World Anti-Doping Agency (WADA) – an organisation that is the embodiment of fairness in so many ways – where the WADA Athlete Chair had no vote at the decision-making table; and that during the Russian scandal, a period that defined anti-doping. To many, that is bewildering, yet compare it to professional tennis and the players’ voice that Djokovic and others are claiming is still sub-standard, well tennis and the players’ voice is in a strong place already, PTPA or no PTPA.

So, what for the PTPA, what can we expect and what void will it fill? Well, it may come as a surprise to some, but the Djokovic-led body did not come out of nowhere. It has clearly been in brewing for quite some time, with some players feeling a lack of representation within the Grand Slam system (a system which, given tennis’ complex construct, sits outside of the ATP and WTA Tours, and is therefore free to act at liberty). It is clear from early signs that the PTPA is there to grow the voice of tennis players – and that is to be welcomed – but as for the real purpose, well that remains to be seen. It’s unclear the long-term direction of the PTPA, what is will cost and how it will be costed.

“In many ways, the arrival onto the scene of the PTPA mirrors a pattern seen in athletics (track and field) this summer through the formation of Christian Taylor and Emma Coburn’s ‘The Athletics Association’”

On the flip side, and as I have argued for before, any athlete voice is better than none for a sport, even if that comes in the form of “breakaway movements” and on the face of it appears to muddy the waters. Different player associations bring different merits, and two heads are often better than one, so the PTPA needs to be seen in this light. In many ways, the arrival onto the scene of the PTPA mirrors a pattern seen in athletics (track and field) this summer through the formation of Christian Taylor and Emma Coburn’s ‘The Athletics Association’ as an independent startup to increase the power of athletes at the decision-making table in their sport.

The Athletics Association have made it clear that their interest is not in division, nor in subverting the impact the World Athletics Athletes Council has, rather its to complement their role; and this is not a dissimilar narrative articulated by Djokovic and co. on the eve of Flushing Meadows when he stated: “We just want to have our own organisation, that is 100% ours. We are definitely going to try and work with ATP, and all the governing bodies.”

Many, particularly those outside of tennis, would say that tennis players have it pretty good already in terms of their rights and their influence at the decision-making table. And many would say that the arrival of the PTPA is one acronym too many for sport.

Only time will tell as to what comes of this new association at a time when many are calling for unity, not further division.

Ben Nichols is an international communications consultant and the former head of Media Relations for the World Anti-Doping Agency, Director of Communications and Public Affairs for the Commonwealth Games Federation and Chief Press Officer of ATP – WTA Dubai Tennis Championships. His new podcast ‘Athletes: The Other Side’ was launched this month.