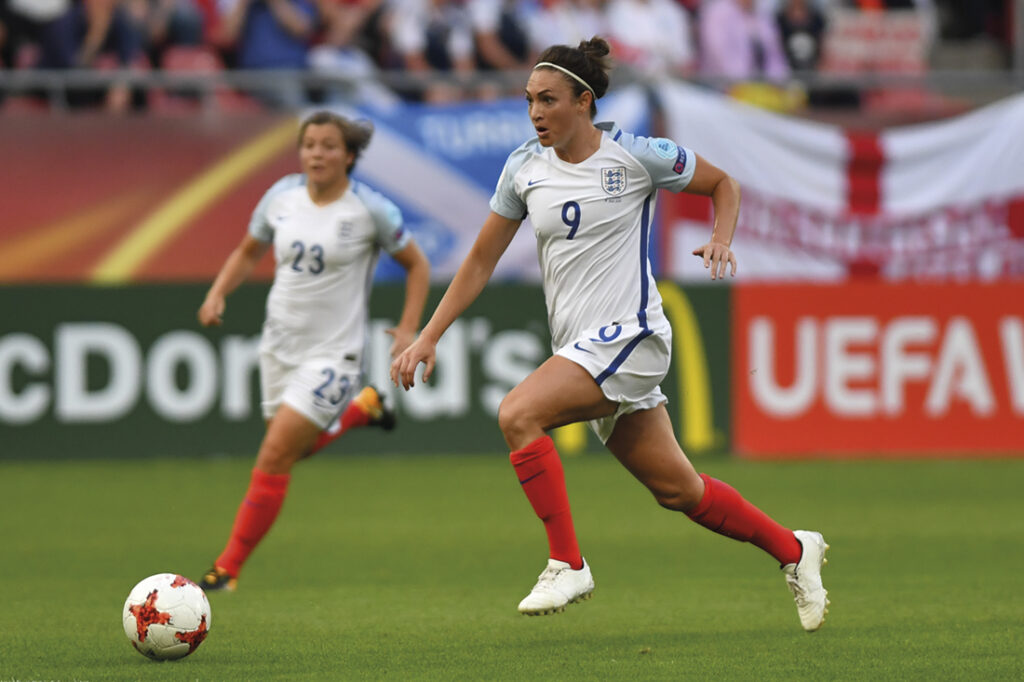 Member Insights: There’s more to visibility than playing the game

The year is not yet over but it’s likely that the prize for having the biggest sporting television audience of 2022 in the UK may go to the final of the Women’s Euro football tournament in August. England’s victory over Germany pulled 17.4 million viewers on BBC1, by far the highest figure ever in Britain for a women’s sports event.

That is obviously very encouraging news for the visibility of women’s sport, but it doesn’t mean that the top of the ratings is suddenly going to become familiar territory. The truth is that the huge audience probably had more to do with the success of the home team at Wembley (England’s first international tournament triumph since 1966) than a surge in public appetite for watching women’s competitions. The true test will come when England’s Lionesses perform more like lambs.

Women’s competitions also pull big audience numbers in other markets when a team or a star from the country does well. When that’s not the case, not so much. There’s a huge gap in consistency between the ratings performance of men’s and women’s sports on television. There is clearly a big audience for women’s sport sometimes. For men’s sports it’s pretty much all the time.

Sometimes is already tremendous progress from the days when women’s events were not shown at all. Make no mistake, in general, the size of TV audiences for women’s sports remains vastly different to men’s for multiple reasons, but what the big audiences show is that the appetite is there.

The difference between men’s and sports on television is not just the size of the audience but the style of presentation.

A survey for the ITF’s Advantage All gender equality initiative conducted by research company Ipsos MORI found a marked editorial divergence in the way men’s and women’s sports are covered.

In football, the media language tends to focus on the team aspect of the women’s game more than in the men’s. Teammates are referenced more than twice as often in women’s football content.

The research shows the gender difference in presentation to be especially pronounced in tennis.

The term ‘greatest of all time’ is mentioned more in men’s tennis than in women’s and there are more references to ‘making history.’

In a nutshell, coverage of men’s tennis puts more emphasis on the sport itself.

In contrast, women’s coverage tends to focus more on the players.

Basically, the media coverage of women’s tennis is softer and tends to highlight the players as people rather than as athletes at the pinnacle of their sport.

The narrative which gives women’s sports the credibility as outstanding action on the court is far from where it should be. And the same goes for other sports.

Women’s sports will not have achieved equality until this balance is redressed and female players are lauded for their prowess just as men are.

That said, the public’s interest in female players as people is a positive thing.

It is important to note that the Ipsos MORI research found that the social media behaviour of the public shows very few differences in top search terms and search questions around male and female tennis players. There is a similar level of interest in searches around relationships and family. The same goes for golf.

Audiences are engaged by stories. Sports fans want stories about their favourite teams and players. And for non-sports fans storytelling is what draws them in to begin with. The success of the Formula 1 behind-the-scenes series Drive to Survive on Netflix has shown that in dramatic fashion by engaging a wide non-sports audience and that has had a big positive knock-on effect for the viewership for live race coverage.

However, unlike for women’s sports, F1 already had a solid foundation of sporting credibility to build on. That foundation of widely viewed events ¬ women’s competition as compelling action ¬ comes first. Once it is in place, women’s sport can build the bigger future that the events, players and audiences deserve.

If you are interested in hearing about how you can contribute to improving visibility within your organisation then sign up here:

Whilst being led by tennis, the forum will draw from and be relevant to all women’s sport, with speakers from a range of sectors including rights holders, broadcast/media and national federations, all joining together to champion initiatives that will be a driving force in promoting gender equality within sports, business and beyond. Speakers to include Billie Jean-King, with more to be announced in the coming days.