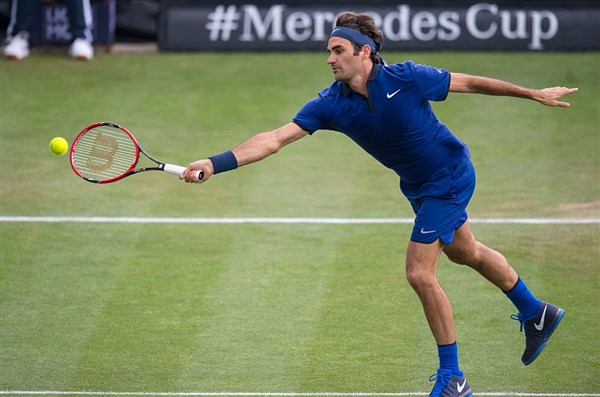 In this Member Insights piece David Alexander looks at the career of Roger Federer through a marketing and public relations lens.

It speaks volumes for the respect and admiration that Roger Federer inspires that his greatest rivals joined him at his tearful farewell tribute during the Laver Cup at the O2 last week.

Federer has been the epitome of tennis – the style, the smile and the elegance of his game which entertained and enraptured fans for almost a generation.

It’s no wonder, given that Federer won 20 Grand Slam titles and spent more than 300 weeks ranked No. 1 in the world that he also secured the ATP Fans’ Favourite awards 19 consecutive times as well.

Federer seeming had no weaknesses, strong on all surfaces with a game so complete that he gave the impression that he could have competed in any era, his performances ensuring that he will be remembered as the most beloved men’s player in the history of the game, provoking feelings of universal admiration.

It’s a far cry from the reputation the Swiss garnered in his early years, known for his petulance that saw him throwing racquets and tantrums that even saw him get thrown out of practice sessions and threatened to derail his career before it had even begun.

Federer’s transformation into a charming and even-tempered champion is rooted in his ambition to be the best and serves as a case study for aspiring athletes and sponsors about the role and responsibility that comes with sporting fame.

Mindful of how short a sporting career generally is, there was a time when Federer did not have an agent, using a small network of family and friends who agreed a relatively modest $1m deal with Nike while he focused on honing his playing skills.

But it takes more than just talent to earn the $1bn Federer has secured through lucrative exhibition events and a careful portfolio of commercial collaborations that have included Mercedes-Benz, Rolex, Moët & Chandon and Lindt chocolates and saw Nike increase his fee to more than $10 million per year.

Few other athletes could secure a 10-year apparel deal with Japanese clothing retailer Uniqlo worth $30 million per year even after Federer retires from serious competition.

Undoubtedly, Federer has mastered the balance between performance and partnerships, his likeable persona certainly not an act put on for the cameras.

Calacus has had the pleasure of working with Federer with Laureus and Gillette over the years and can attest to the charm and kindness that has served him so well.

New York Times journalist Christopher Carey, who has written a book about Federer, has seen at first-hand how the Swiss has built such strong relationships which makes him the perfect brand ambassador.

He explained: “It is…his knack for delivering personalised service with sponsors — that Federer’s performance has been especially remarkable. Even in his early years, he would endeavour to visit all 20 of the sponsor suites at the Swiss Indoors to meet and greet. He has stuck with that philosophy.”

Federer goes above and beyond at corporate events as agent Max Eisenbud, who knows Federer through agency IMG, explained: “He’s just so good if you’ve seen him with sponsors, with CEOs. He just has the ability to make you feel like he really cares what you are saying and he has time for you.

“He’s never rushing you. If you’re a fan at a hundred-person event that one of his sponsors puts on and you are talking to him, he makes you feel he has all the time in the world to talk to you and hear what you have to say. I think it’s genuine, and I’ve never seen another athlete like that.”

There are countless stories of him making a real effort to liaise with staff, even participating as a cashier at the Nike cafeteria and going around meeting everyone who’d stopped by for refreshments.

Beyond endorsements, Federer’s philanthropic focus has seen his Foundation supporting children in his native Switzerland and southern Africa, birthplace of his mother, since the start of his career.

Nearly two million underprivileged children and their families have taken part in its educational programmes, which aim to act as a springboard for a better future. “I think once we intervene and we help the people, it’s that once we leave, they are sustainable by themselves,” Federer said in 2017.

“I love empowerment. Making somebody a stronger person and then that person being able to do it on their own is a wonderful thing. A little push can really do wonders and we’re going to keep doing that for years to come.”

Federer clearly understands that his media image is also important, and made time for questioning after every match and he once said in a BBC interview: “Be yourself, be authentic, don’t get carried away.”

Former player and BBC presenter, Sue Barker said of Federer: “He plays the most beautiful tennis, he’s an incredible role model and he’s wonderful with the press. If you wanted to have a blueprint for the perfect player, he is it and we will really miss him.”

When Federer announced his retirement, he said: “To the game of tennis, I love you and will never leave you,” and millions of fans will feel the same way about him.

David Alexander is the Managing Director of Calacus, a PR agency working with organisations who use sport to make a positive difference to society.