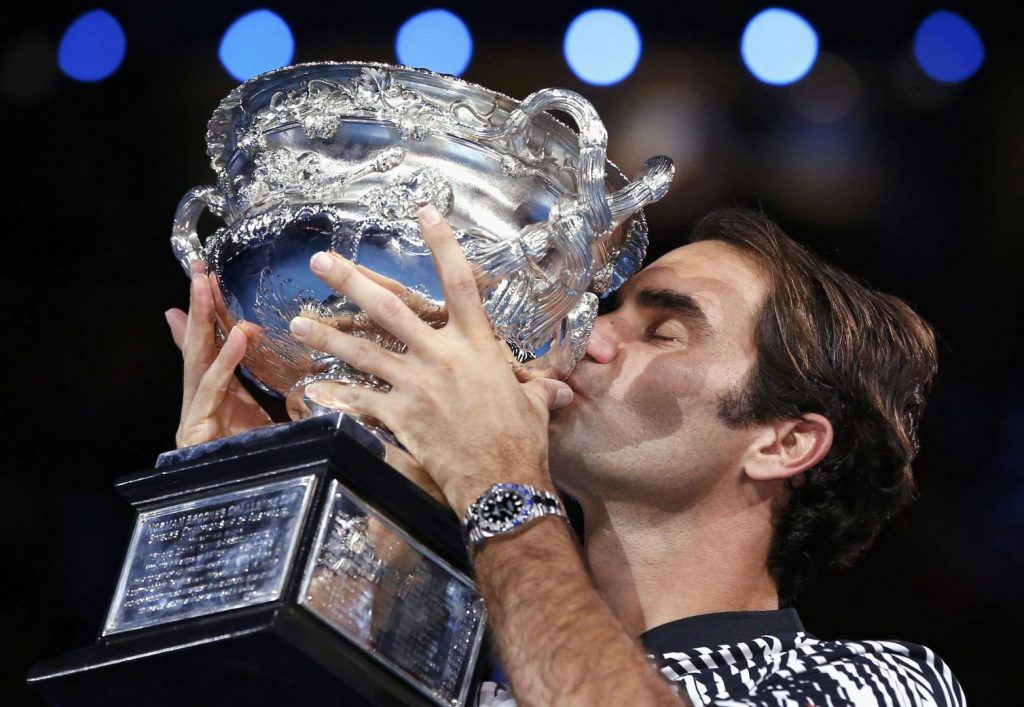 Michael Pirrie, looks at the impact of Roger Federer’s retirement, secrets of his success and careful planning behind his farewell performance in London tonight and associated events over the weekend – events that will be draped in history with royal overtones.

London’s time at the centre of global interest and attention following the death of the Queen is passing rapidly as the capital transitions to a post-Elizabethan world.

As well as uncertainty, more familiar rituals and pursuits will endure from the late Queen’s reign in the coming days, weeks and beyond.

These include major sporting events, beginning with a grand goodbye to possibly the greatest sporting figure of the generation.

After decades of thrilling tennis performances and thrilling audiences around the world, Roger Federer will turn out for one last showing in London later tonight and at associated events over the weekend.

While it is unclear if the new King of England will embrace sports as his late mother did, the Laver Cup is the first major sporting showpiece since the Queen’s funeral and will be draped in history and royal overtones

Federer’s farewell, ending his reign as king of modern day tennis, comes at the end of the same dramatic week the world mourned and celebrated the Queen of the second Elizabethan era.

Traditional royalty now merges with sporting royalty in the week of the Queen’s historic farewell.

Sport was an important part of the Queen’s soft power, deployed with discretion in telling and surprising ways that remain largely unknown.

The endorsement by the late anti-apartheid leader and Nobel Peace Prize winner Nelson Mandela for London to host the 2012 Olympic Games and Paralympic Games is a powerful example.

Mandela’s support was vital for our campaign against New York, Paris, Moscow, Madrid and other global capitals for the Games.

I recall working on the top secret project with London bid chair Seb Coe who collaborated closely with UK Sports Minister Richard Caborn to secure Mandela’s agreement to be an ambassador for London’s bid.

We later learnt that Mandela agreed to support London in the epic battle between the mega cities for the Olympics because of his affection for Queen Elizabeth 11 and the Commonwealth.

Federer’s final appearance in London marks the end of an era that will also be celebrated and mourned by many, like the life of the Queen.

Federer’s decision to retire was similar to the death of the Queen in various ways.

While we knew it was coming, there was still profound shock when it happened.

If the Queen was the most well known global figure of the times, then Federer is probably the best-known sporting figure.

Like final farewells to the Queen, Federer’s sign off performance will also attract global attention, and follows the recent retirement of the queen of women’s tennis, Serena Williams.

While Federer’s swan song comes at the Laver Cup, essentially an exhibition event that does not have the pressure of a sudden death grand slam championship, the farewell is borne of the same forensic planning behind Federer’s unprecedented career.

After chasing tennis dreams, titles, and fame on courts across the globe for decades, it seemed appropriate Federer and his management would bring his professional career to an end in London.

Famous for its majestic castles, palaces and theatres of dreams and destiny, London is uniquely equipped for fairytale endings.

Memorable farewells can require spectacular backdrops and settings and no city can give a farewell like London, as demonstrated by the majesty and grandeur of the Queen’s long goodbye.

London is a city synonymous for famous farewells, where stars of stage, song and screen have often taken their final bows, bouquets and curtain calls.

And for sports stars too. None bigger than Olympic sprinting legend Usain Bolt who delayed his retirement after the Rio 2016 Olympic Games to compete for a final time at the world athletic championships in 2017 in London.

London also carries many important personal and career milestones for Federer that were vital in his choice of farewell city.

These include multiple victories at Wimbledon, the world’s most prestigious tennis tournament and the first major singles title of his career.

Other Wimbledon titles and performances would provide the foundations of Federer’s spectacular career.

These include his Wimbledon loss in 2008 to long time rival Rafael Nadal in an epic match regarded as one of the greatest sporting contests in the history of the game.

It has been said that greatness in sport can be measured by achievement, longevity, style and graciousness.

While Federer measures almost off the scales in all categories, he regards longevity as the key.

“I think looking back, that has a special meaning to me because I always looked to the Michael Schumachers, Tiger Woods, all the other guys that stayed for so long at the top that I didn’t understand how they did it. Next thing you now you’re part of that group, and its been a great feeling,” Federer said in London recently.

“He made the game look so easy,” said one of his coaches. “I’ve always felt he was Picasso with a tennis racket. What I will miss most is the beauty he brought to the game.”

Federer’s blend and brand of exceptional athleticism, composure and grace under pressure and public appeal was almost unique, transforming him into the first tennis player to earn more than $1 billion through career prize money and especially through extensive sponsorship deals.

If London was always destined to be the final location in Federer’s career, then the Laver Cup seemed the most appropriate farewell event.

It brings together several of the best players in Europe and from around the world in team competition.

This year’s event will include a stellar line up which will see Federer combining in doubles  with Rafael Nadal, with whom he has forged a strong bond of friendship and respect.

Appropriately, this Laver Up will also include Novak Djokovic and Andy Murray, completing the Big Four of tennis who have dominated and created possibly the most sustainably successful and thrilling era of modern sport.

Beginning with the Queen’s funeral on Monday, the Federer Laver Cup farewell will complete an extraordinary week in London that has touched the world emotionally like rarely before.