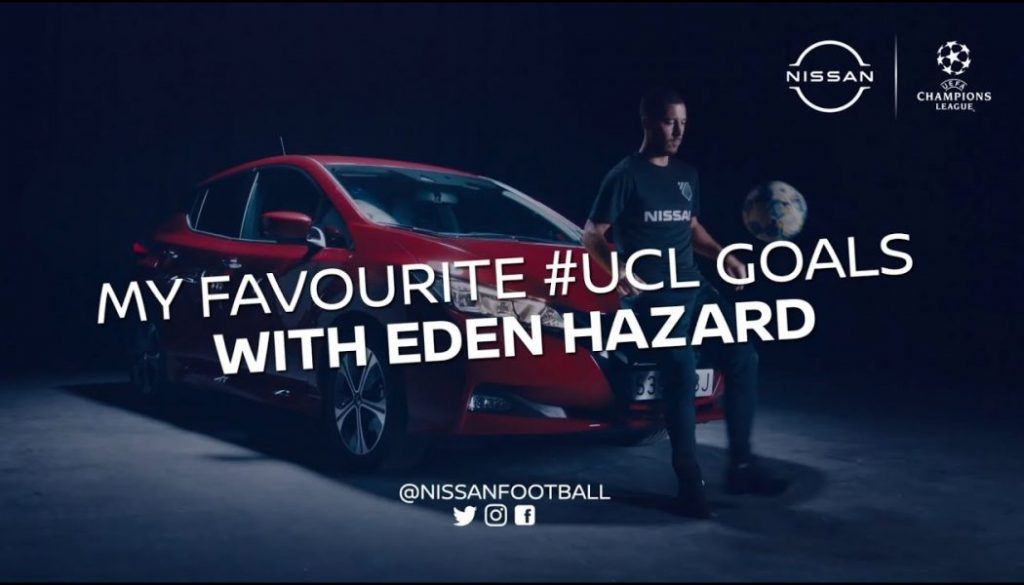 Member Insights: How Brands Adapted From Traditional Rights To Activate Across The ‘Final 8’ Tournaments

One of the major questions being faced by the current world of sports is how to keep sponsors involved during a time when there is both a lack of events occurring and also that of fans attending fixtures, something that is crucial for the industry.

Fuse’s Dan Sproul, Account Director, and James English, Partner, take a look at how brands activated across the Final 8 tournaments for the UEFA Champions League and the UEFA Europa League. How did Covid-19 affect some of their clients’ plans and how did brands pivot from traditional rights in this incredibly unique situation?

As some of the world’s largest sporting events, such as UEFA EURO 2020 and the Tokyo 2020 Olympic and Paralympic Games, were being cancelled throughout March and April, there was plenty of uncertainty around the remainder of the UEFA Champions League and UEFA Europa League being completed.

But here we are, almost five months later with Bayern Munich and Sevilla crowned champions, and credit to UEFA for getting these tournaments concluded.

The Final 8 style tournaments unquestionably created logistical challenges for UEFA and the clubs involved – but this was also an interesting challenge for our four UEFA clients (Nissan, PepsiCo, Santander and Enterprise Rent-A-Car). As long-term plans for the culmination of the season needed to be completely reconsidered, it was undoubtedly an opportunity for a condensed fortnight of activation without competing with domestic leagues.

“Whilst football fans await further information on a return of fans to stadiums, partners will continue to invest in digital and online activations. The challenge will be for partners to differentiate – creativity is going to be key.”

At Fuse, we’ve worked closely with our clients to deliver in a short period of time. With just over six weeks between the announcement of the Final 8 tournaments and the tournament kicking off, there had to be quick adaptation to plan and deliver new campaigns and activations.

What social listening told us and how did this affect planning for our clients?

It is no surprise that a lot of our focus went digital. Through our social listening capabilities at Fuse, we identified that social media conversation and content was up 21% from the beginning of March. But we were also able to identify what type of content football fans were craving. The original peak of online social media challenges (e.g. Toilet Roll challenge, Run5, Donate5, Nominate5) was dwindling – fans now wanted to be entertained and informed. Sports personalities and historic footage were also two of the key topics that drove the highest conversation online, with many rights-holders (e.g. The Football Association) and broadcasters reverting to playing classic matches with commentary from those involved in the games.

But with lockdown restrictions easing across Europe, there was also the opportunity to offer local experiences – acknowledging that social connection was one of the global pandemic’s key challenges, with sport being a means for many people to socially connect.

What did we deliver for our clients?

With the above understanding of the landscape, we took these key principles into our planning for our clients.

Nissan’s brand ambassador Eden Hazard was pivotal for the brands UCL return content, with two engaging pieces: ‘My Favourite Goals’ where Hazard discussed his best UCL goals along with memories watching the competition growing up, and a cross-property content series with Formula E driver Oli Rowland, where Hazard changed his kit & football boots for a professional driving suit. Additionally, in Lisbon where the UEFA Champions League Final 8 was held, we worked with Nissan to arrange an invite only and private drive-in screening event where all 50 vehicles were Nissan 100% electric LEAF’s, complete with the UCL trophy and Portuguese legend Nuno Gomes. Nissan also activated the trophy tour online with a convoy around Lisbon to the Estádio do Sport Lisboa e Benfica in a Nissan Nismo RC with the help of Nuno Gomes to promote EV and the brand new Nissan Ariya.

For PepsiCo, we delivered digital rights globally for its three main brands: Pepsi, Gatorade and Lay’s. Gatorade focused on future wonderkids – creating content which puts a spotlight on young UCL stars who will embark on their path to greatness during the 2020/21 season. Pepsi and Lay’s maximised their use of global ambassadors – with Paul Pogba gate-crashing an online Pepsi UCL quiz and additionally producing more trick-shot content with Lionel Messi. Through drive-in events across Europe, Pepsi gave over 7,000 football fans unique viewing experiences for the tournament’s remaining games.

Santander curated two events in Lisbon; with ‘Santander Talks’ and the Santander Media House both featuring appearances of the UCL Trophy. The Talks event brought together industry leaders in Portuguese sport to discuss what the post-Covid sporting landscape and, in particular the UCL, will look like. The Media House repeated a concept from Madrid 2019 with Santander housing global footballing talent such as Deco, Luis Garcia and Cafu (virtually) in a branded environment for their media outreach activities featuring the likes of Marca, ESPN, Turner Sports and Goal.com. Santander activated digitally through content on their Football Santander social channels including the usual promotion of Player of the Week nominee and winner videos (with paid support from UEFA) as well as the ‘Greatest Comeback’ piece and their ‘Champions League is back’ campaign. The latter featured global ambassador, Ronaldo Nazario, highlighting how much football fans had missed the game and how it makes everyone happier that the tournament is back.

With Enterprise Rent-A-Car, a partner of the UEFA Europa League, the Europa Road Trip campaign was put on hold. Instead, leveraging remaining time with ambassadors Robin van Persie and comedian Lloyd Griffith to create ‘We’re Back In The Game’ content, aligning with Enterprise’s global ‘We’re Ready When You Are’ campaign. The content combined humour with some real football insight from van Persie, driving online conversation about some bold predictions and claims, including that Mason Greenwood is better at 18 than Robin van Persie was himself.

“The pandemic has further underscored the need from brands to ensure their sponsorship rights, and the way they are activated, directly address business challenges.”

Through the above activations, we were able to deliver significant global reach to millions of football fans around the world, helping our brands deliver against their key objectives. Working with our partners, we were also able to deliver real-time results to clients as their activations went live such as increased web traffic, positive sentiment and share of voice in the football conversation.

“Fuse’s flexibility and commitment in a short period of time really helped us deliver some great activations which we know not only resonated with European football fans, but also delivered for our brand.” Darren Carter, Creative, Media & Sponsorship Director – Europe, Enterprise Rent-A-Car

With less than two months to go until the group stages of the 20/21 UCL and UEL – what can we learn and what can we expect come October?

Whilst football fans await further information on a return of fans to stadiums, partners will continue to invest in digital and online activations. But with all partners likely to take similar approaches, the challenge will be for partners to differentiate online with both competitors and other partners – creativity is going to be key. Brands, agencies and rights holders will need to work harder than ever to come up with creative solutions to deliver their rights and achieve cut-through.

The 2019/20 season was incredibly unique and we very much anticipate more twists and turns throughout the 20/21 season, with partners and ourselves having to be more nimble and reactive than ever before.

The pandemic has further underscored the need from brands to ensure their sponsorship rights, and the way they are activated, directly address business challenges. As sport continues to recover, rights holders and clients alike will need to further ensure that sponsorship can deliver commercial return for brands.