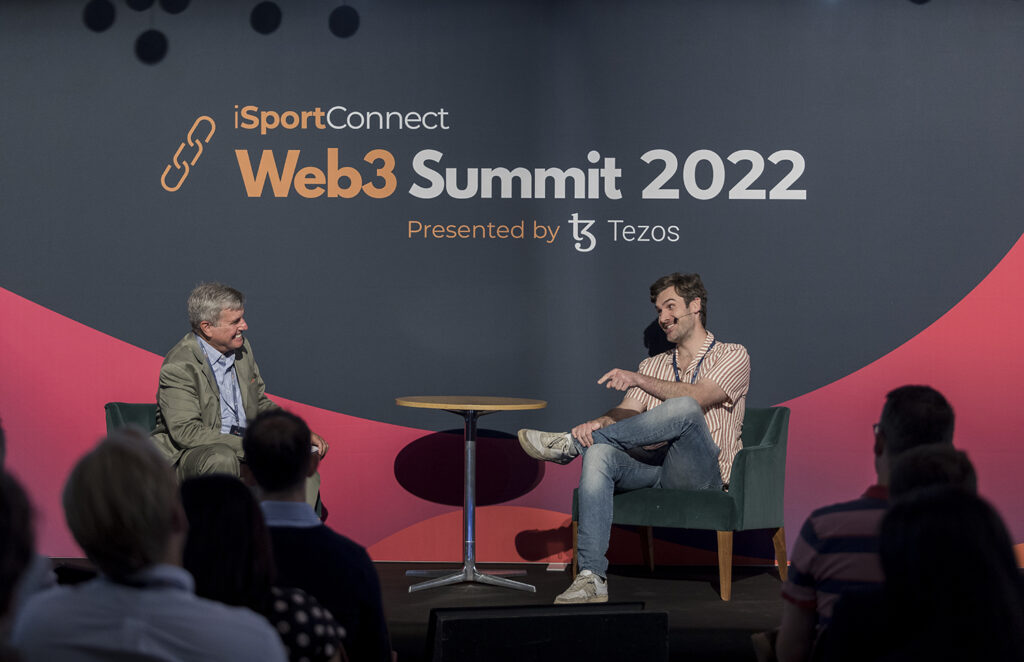 Jay Stuart, Editor-in-Chief of iSportConnect, takes a look at the current state of the Web3 market and why you should embrace the bear.

Web3 is by no means synonymous with cryptocurrency, but the inescapable fact is that crypto as the most widely adopted application of blockchain colours the perception of the Web3 more generally, and things have been looking pretty black of late.

That’s not such a bad thing.

“The downturn hurts but it helps,” Nicolas Vereecke of Bitkraft told delegates at the Web3 Summit in London. “It’s what we need. There are a lot of free riders in this ecosystem just looking to make money. We need builders not speculators.”

He elaborated on why speculation has been such a big part of Web3 so far. Basically it’s because, unlike the Web2 internet, Web3 has a “native value layer” that Web2 lacked.

“Web3 will have a similar impact to Web2. People are aware that this will happen. The difference with Web3 is that you can invest and speculate on the value that will be created (e.g., via NFTs or crypto). With the internet 25 years ago you couldn’t do that. You could only invest in the future by investing in companies. Now you can do it directly.”

Tyrone Loban of Onyx agreed that flushing out fast-buck investors will have a positive impact in the longer term. “What is likely to come out of the crypto winter is very strong platforms. That’s what people should be thinking about.”

Scott Carlson of Nagra-Kudelski said of the 500 or so marketplaces that currently exist, there will probably be four or five after the clear-out run its course.

Along with the speculators, the scam artists will fade away too, according to Fred Antunes of RealFevr. “It’s a great time to clean up. The scams and the like will be gone by the end of the year,” he predicted.

Seen in the broader context of a challenging economic situation, Fred also sees the current climate as a beneficial one for future growth. For starters, the sports business will need to get better at delivering value. “Sports won’t get money for free. They need to do stuff and Web3 will help them to do that.,” he said. “When the market is down it’s the time to build for the next bull market.”

For sports, the early hiccups in the blockchain market are partly because some organisations moved too fast, according to Stan Georgiev of ReadyPlayerMe, who likened the past year to the early days of the internet. “If you think back to the dot.com bubble, it was largely because the message was that everyone had to be on the internet, and it turned out not everyone needed to be. So there was a crash. It’s the same with blockchain. Not everyone needs to be on blockchain.”

He added, “We’re going to know that we’ve arrived when we stop talking about blockchain everything just works.”

That day may arrive sooner than it did in the Web2. There are more people working to make it happen this time, and they are mostly fully immersed digital natives. We take that so for granted nowadays that it’s hard to remember when digital was something new and a digital ecosystem didn’t yet exist.