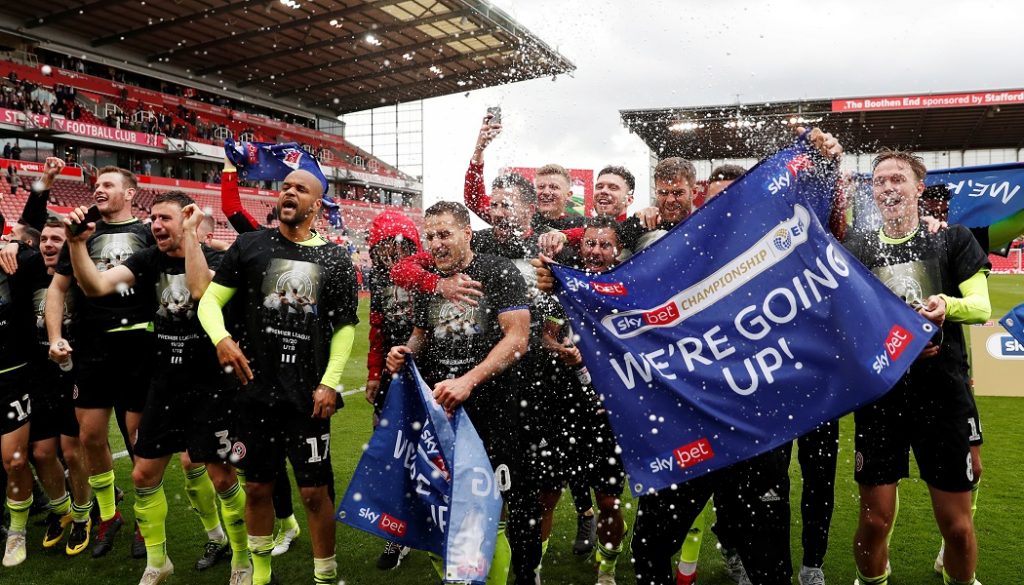 The Domestic Media Tender is out for the English Football League (EFL) rights from the 2024/25 season. The major talking point is how the EFL is testing market interest in removing the 3pm protected broadcast window.

Until now, the EFL and the English Premier League (EPL) have adhered to UEFA article 48 which allows leagues to block broadcasts of the 3pm window matches to protect both match attendances and grassroots football.

Most other European leagues have now opted out of this protection, but would the EFL abandoning the blackout be like Turkeys voting for Christmas? Will it green light EPL to do the same, thereby diminishing the EFL product further, damaging attendances and leave the EFL and non-League football in a worse place?

There is no doubt the EPL would love to opt out of this rule, as it would allow another saleable match window and bring its domestic rights packages in line with its international packages.

However, in the wake of the controversy over the European Super League, and with the prospect of an English football regulator very much a possibility (despite rumours the new government may drop it), this would be a step too far for the EPL – at the moment.

Then there is the question how much additional revenue would it generate? For the latest rights cycle, Sky, BT and Amazon renewed their domestic rights at the same level without an auction at a time when the EPL realised a competitive auction process might reduce the overall domestic fees.

To shake up the rights packages when the right market is so uncertain is no guarantee of enhanced revenue. Better to wait until the rights market picks up, either if Warner Bros Discovery BT (WBDBT) decide to bid more aggressively (unlikely) or a major global digital player decides to go all in (Amazon, Apple or the like). So the EPL is content to bide its time.

Does grassroots football need protecting? Technology is allowing more and more amateur sport to be broadcast live on digital platforms and viewed on smart TVs. There is therefore a real risk that established leagues will lose viewers to this amateur coverage. 3pm Saturday may become compulsive viewing for Amateur football.

The new technologies will only grow grassroots viewing. Not to mention all the kids know how to access illegal streams for the 3pm EPL games anyway, so would legally live EFL games make much of a difference to that?

There is also a feeling that the Women’s Super League (WSL) would benefit from moving into the Saturday 3pm slot. Currently it is scheduled on Sky late Sunday to avoid clashing with the EPL. This potentially would help continue to raise the profile of the WSL. The option, if it is realistic, would be quashed if the EFL took the slot. The WSL could probably get away with a first move without the EFL and EPL subsequently reacting given the optics of being seen to damage the women’s game.

Is the EFL moving to potentially counter the grassroots digital revolution, or any potential WSL move – doubtful. The issue for the EFL’s member clubs, coming off the back of Covid, is how to increase its revenues. Many clubs are simply unsustainable at the moment.

While there is clearly a governance issue over club’s spending beyond their means, the EFL management is under significant pressure to increase income. The last deal, reported at about £600m pa, was heavily criticised by the big Championship clubs which felt it undervalued their rights. However, rights values are driven by competition, and BT was simply not prepared to try and outbid Sky. There is nothing to suggest WBDBT would wish to do so this time either.

So, in a static or even falling right market for domestic rights, the EFL has chosen to shake things up. More games allow broadcasters to offer more money, even in a declining market. It also opens the possibility of the EFL putting the 3pm games on its iFollow digital steaming platform, building a much bigger digital presence for itself in the UK.

Premium global media rights are becoming fewer and will likely settle around the NFL, EPL, F1, IPL and NBA. The EFL will struggle to keep its offering compelling to broadcasters which is why developing an
own brand digital approach is so important, and something the EFL have been ahead of the
game on.

Including all non-Sky games on iFollow could be a domestic game changer for the EFL. Such an approach is also less likely to cannibalise club’s attendance revenues, so long as each club gets the majority of their iFollow revenue.

A fan of Sheffield Wednesday is unlikely to pay to watch another team. It would also bring its domestic offering into line with its international digital offering, perhaps eventually looking for outside investment in the vehicle.

Until the time is rights for the EPL to move, this feels like a purely internal cost benefit analysis for the EFL. Grassroot will be fine. The WSL will continue to grow. How would EFL attendance revenues be impacted by streaming 3pm games? Is it not better to lead the way, and build its content assets now, rather than follow the EPL, WSL and grassroots after the fact?

This is going to come sooner or later, so better to act sooner. And if that impacts in stadium revenues, perhaps the EFL clubs should be looking at how to improve their match day experience, how to attract a broader, more family-based crowd? How to keep fans in the stadium longer? This is key. Streaming will happen. The EFL needs to find its long-term place in the future media and entertainment landscape, and I don’t see how sticking with the status quo now helps them achieve that. So why not vote for Christmas?