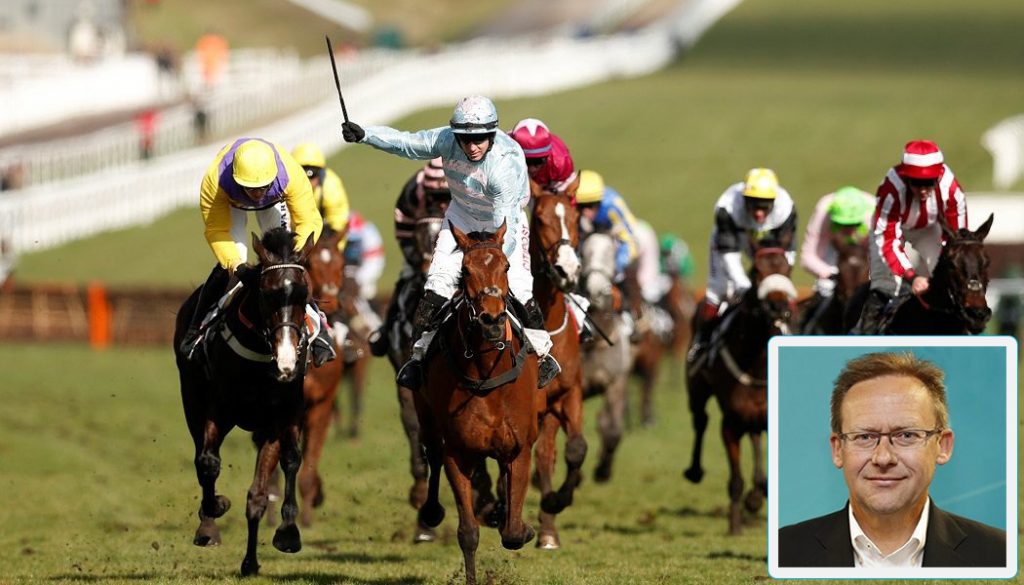 Paul Fisher, former CEO of Jockey Club Racecourses, takes an overview on the current state the horse racing industry and looks at how behind closed doors racing will be different as the sport gets set for a resumption in England on the first of June.

When horse racing was ceased on March 17th it was a huge blow for the tens of thousands of people who either work in the industry directly, along with the betting and gambling industry who depend on racing for content for people to have a flutter on.

Despite the rise in demand during lockdown of online casino offerings the lack of live horse racing and indeed other major sports will have hit the bookmakers turnover substantially.

Furthermore the racecourses have been mothballed and staff furloughed pending the day when racing can return. For many racecourses their season is over and questions are no doubt being asked of their respective business models in the longer term in a world with social distancing staying for the immediate future and little sign of an ease to restrictions on mass gatherings coming anytime soon.

It is vital for the breeding, bloodstock and training sectors of the industry that racing gets going again soon in whatever shape that maybe.

Trainers have continued to keep their owners’ horses reasonably fit during lockdown but they require targets which enables them to get the horse to peak fitness for a particular race, especially true at the top end of racing. This sabbatical will have hit their respective businesses hard as most trainers will have still had wages and overheads to pay with no prize money coming in. A horse still needs feeding and riding even when the rest of the country is staying at home.

At this time of the year all roads would normally have been leading to the Downs at Epsom with the Investec Oaks and the Investec Derby taking place on the first weekend in June and debates raging in the press about how good or otherwise this years three-year-old contenders are. It is vital for the breeding, bloodstock and training sectors of the industry that racing gets going again soon in whatever shape that maybe.

Without prize money circulating through the industry it could easily enter a vortex of decline of which there would be no return with a lack of owners resulting in a lack of horses and ultimately a reduction in the number of racecourses in this country, which would be tragedy for a sport which has been at the heart of British society for well over 200 years. The Oaks was first run in 1779 and the Derby the following year in 1780 so it would have been a real disappointment if 2020 had not featured in the history books.

The resumption of racing in particular does represent a move back to a semblance of normality in our daily lives and I would argue that live sport is something that cannot be replicated.

Thankfully, racing is due to return on June 1st in the North East at Newcastle and operating within the brave new behind closed doors sanitised environment that all sports are going to have to follow. There is absolutely no doubt that this country has experienced a huge tragedy over the last few months and I have no doubt it will kick-start change across the sporting landscape none of us have ever experienced or seen before in our lifetimes.

The resumption of racing in particular does represent a move back to a semblance of normality in our daily lives and I would argue that live sport is something that cannot be replicated by anything else despite the huge digital offerings available at the touch of a button or screen.

There are a total of 18 meetings planned in the first eight days and I have no doubt entries and field sizes will be huge from an industry desperate to get an opportunity to race again. Some of the major group one races are being moved to different racecourses this year but the important thing is they will take place and the history and stud books will not have blank pages. Thankfully the Investec Oaks and Investec Derby will still be run at the unique racecourse which is Epsom, with the usually free to enter Hill fenced off this year all be it at the beginning of July rather than June.

Collaboration across all aspects of the industry will be the key to any form of success in the new normal racing now finds itself in.

It is inevitable that the lack of paid attendance and subsequent financial squeeze will result in significant reductions in prize money for the participants of the sport but after weeks of nothing I suspect everyone is thankful for the opportunity to get some form of normality back into their racing lives.

Racecourses themselves will now be operating for the foreseeable future with vastly reduced incomes but at least the gambling and bookmaking industry will now be generating some turnover, some of which will find its way back to the industry via picture and streaming rights agreements. Collaboration across all aspects of the industry will be the key to any form of success in the new normal racing now finds itself in.

As the former CEO of the largest racecourse group in the country and having built a brand and a business over the last 10 years on the back of improving the customer experience for two million racegoers each year it will be strange to see racing taking place in front of the vast grandstands with no one present. Obviously the atmosphere will feel empty and hollow, but I’m sure the boys and girls racing past on a thoroughbred in the heat of close finish will not notice and winning will still feel as good as it should in any sport.

Let’s hope racing can start, continue and use this current period when it will be one of the only live sporting activities to attract some new fans. I for one would rather improve my knowledge of the live racing form rather than watching another repeat of the Miracle of Medinah!