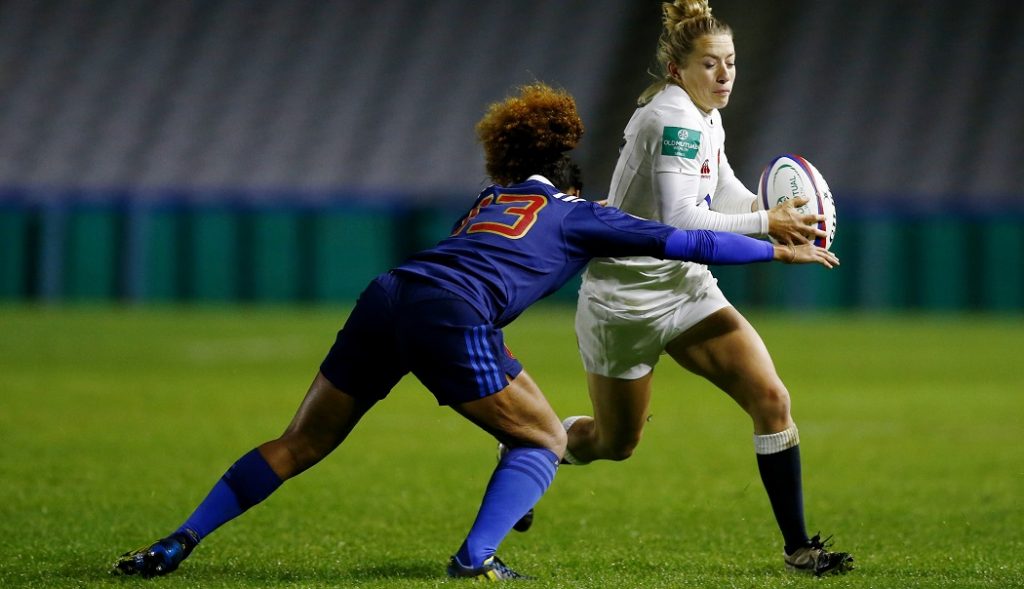 Member Insight: What success for the Red Roses could mean for the future of women’s rugby

I’ve been fortunate enough to be out in New Zealand for the Women’s World Cup this year, and it’s been amazing seeing all the young children feel inspired by the players. It seems that children are finally seeing women play and accepting it as normal – which sadly wasn’t the case when I was young.

When the Lionesses won the Euros earlier this year, we saw children up and down the country getting inspired by their fantastic achievement and taking up the sport themselves. While rugby might still be a little behind, we’d love to see the success of the Red Roses have the same impact on children after the World Cup, or at least open doors and encourage more opportunities for young children to get involved in rugby – especially girls.

Social media is also playing a key role in inspiring the next generation. Next year’s Women’s Six Nations is sponsored by TikTok – which is the perfect platform to attract children to the sport. Not only that, but the Red Roses are also going to be playing France at Twickenham Stadium on the 29th April – which is a brilliant opportunity to get as many children – boys and girls – into the stadium to watch a game, possibly their first ever rugby game, at an iconic stadium in England.

It is inevitable that women’s rugby is going to continue growing, and ultimately become phenomenally better. The thing with rugby, and all sports for that matter, is that the better the standard, the more opportunity it has to become even bigger and even better.

There is a knock-on effect – the better the standard, the more support players and teams have around them, which consequently leads to further success.

Women’s rugby didn’t receive lottery funding until towards the end of my career, and up until that point, we relied on the voluntary support of coaches and medical staff.

Consequently, players are performing better, which inspires more people to play, which helps the sport continue to grow.

Different forms of rugby are also continuing to grow. For example, we’ve seen a real rise in tag and touch rugby over the past few years. It’s no surprise that one of the main reasons which puts women off rugby is the contact element of it, which is why games like tag and touch are so brilliant – they provide women with a way to enjoy rugby without the concern of being tackled to the ground.

This is a really exciting time for women’s rugby, and it’s going to be fantastic to watch the next generation come through and see where we can take the sport.

The Women’s Rugby World Cup could be the moment we need to encourage more people than ever into the sport. We’re ranked number one for a reason, we’re the best team there. That said, we don’t want to be complacent as France and New Zealand both have the ability to beat us on the right day – which is what makes the tournament so exciting.

If you are interested in learning more about ways in which Women’s Sport is progressing towards equality listen to the Advantage All Global Forum, in partnership with the ITF. Sign up here: https://share.hsforms.com/18j-5wqceSaqiy0HFyPD9pA31xsb

What sets us apart from the other teams is our strength in depth – there isn’t a single player on the field who can’t be replaced by an equally as good player on the bench.

My role as a Wooden Spoon Ambassador allows me to give back to the community through something I am passionate about.

Wooden Spoon is the children’s charity of rugby. They are a grant-making charity and fund life-changing projects across the UK and Ireland. The charity aims for every child and young person to have access to the best life opportunities, regardless of their background, through the power of rugby.

I have been involved in the charity since the mid-90s when I was England captain, and I absolutely love it. The work they are doing is incredible, and I’m honored to play a small part in helping them to achieve their goals.

I love getting involved in whatever way I can. Most recently, I played at Vets Fest – a tournament of male and female seasoned rugby players coming together to raise funds for vulnerable children and young people across the UK.