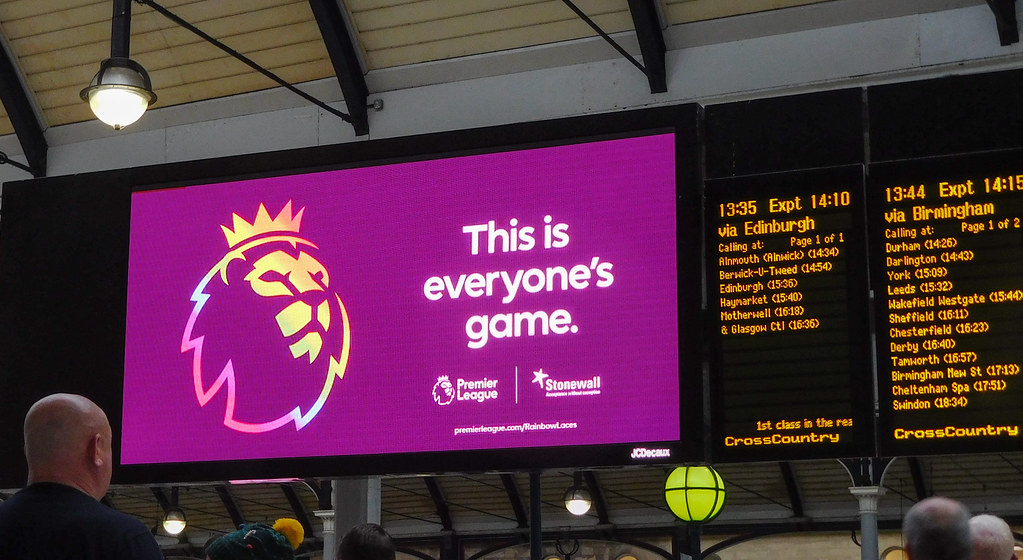 Member Insights: It is good to talk – but not all publicity is good publicity

In this Member Insights piece, David Alexander looks into some of the PR nightmares that have faced sport over the past year.

The opportunity for sport to engage and inspire a wide range of diverse audiences endures.

And yet, a lack of communication or a total failure to understand internal and external audiences has led to another catalogue of crises that have damaged reputations and potentially the bottom line.

Organisations should certainly be undertaking regular communications audits, preparing for the unpredictable and utilising communications executives to provide strategic counsel.

However, there have been so many examples this year that suggest that communications executives are not being given the support and influence that their expertise deserves.

What is clear this year is that many sports organisations do not put enough thought into some of the things that they do, or they treat their audiences with indifference, confident that they will stick with them come what may.

Whether that results in sponsors departing, leadership leaving or fans boycotting, it’s another reminder that what you do is as important as what you say.

We saw it with FIFA, breaking commitments to sponsors and trying to proclaim football to be the global game for all while banning rainbow armbands and failing to support the LGBTQ+ community with a raft of deflections that no communications director could have been party to.

Rainbow campaigns were a theme of 2022 – with Australian rugby league side Manly Sea Eagles ultimately getting relegated after a breakdown in communications.

Seven of the team boycotted a game in July, citing religious and cultural beliefs they said prevented them wearing the pride jumper with coach Des Hasler also seemingly unaware of the initiative.

Protests abounded from those angry or supportive of the players, the Sea Eagles never recovered and their divided team ended up getting relegated, Hasler was sacked and leaked emails suggested that the campaign had been months in the planning.

Human rights remain a big issue where sport is concerned. The Australian Open’s heavy handed approach to demonstrators campaigning for the release of Peng Shuai, while at the same time enjoying fruitful partnerships with Chinese brands, was at odds with the WTA, who admirably took a financial hit and scrapped events in China until Peng’s long-term wellbeing was resolved.

Those who think sport and politics cannot mix may look to FIA president Mohammed Ben Sulayem, who argued the sport had become ‘too political’ because of drivers taking the knee or wearing rainbow helmets to support marginalised strands of society.

He quickly backtracked when he realised that the issues weren’t going away while delays in team punishments for financial misdemeanours created an information vacuum and a brutal war of words which did little to benefit the sport.

In mid-February, Brittney Griner, possibly the greatest female basketball player of all time, was detained and later imprisoned for nine years in a highly political move by the Russian government amid the backdrop of the Ukraine war.

The somewhat muted response from the WNBA, whose relatively low salaries are connected with Griner’s appearances in Russia, is a reminder that not all governing bodies fight the corners of their athletes as vigorously as they should.

Equally, some do not always value all their athletes the same, with the ICC’s Independent Chair, Greg Barclay, pouring scorn on the idea of five day tests for women, increasing the clamour for a separate women’s cricket governing body once again.

Talking of women’s teams, Raith Rovers Women cut ties with the club when they signed former striker, David Goodwillie, who had been found by a civil court in 2017 to have raped a woman.

Sponsors, employees and even the Scotland First Minister condemned the decision, which the club declared was purely for footballing reasons, before having to accept their error of judgement and cancel his contract.

That fate also fell to Henrik Stenson, who was relieved of his duties as Europe’s Ryder Cup captain after signing with LIV Golf.

The Saudi-backed golf competition, looking to shake up the game, took an aggressive approach under CEO Greg Norman rather than engage with the PGA and DP World Tour.

Under-briefed players were left to face the media, critical journalists were thrown out of press conferences and golf legend Tiger Woods joined World Number One Rory McIlroy in condemning the competition’s format and conduct, fracturing the sport perhaps irrevocably.

Sport should be about building relationships, sharing cultures and, most importantly, providing a fair and reasonable platform for athletes that dedicate their lives to competition.

The International Boxing Association (IBA), which relies upon a strong and collaborative relationship with the International Olympic Committee (IOC), remains in exile after years of corruption and mismanagement.

Abortive elections which remain under a cloud, the banning of Ukraine’s boxing association while welcoming back internationally suspended Russia and Belarus and a refusal to seriously address the IOC’s concerns suggests that only when an entirely new regime takes over Olympic boxing can the sport move forward at amateur level.

These, and so many more, are reminders of the importance of engaging with stakeholders, from athletes to fans, coaches to staff and suppliers and sponsors.

Transparency, authenticity and ethical behaviour should be at the heart of the culture of every organisation – and take precedence over short-term gain that usually causes long term pain.

Research shows that people want to support or associate themselves with organisations that do good and behave ethically, treating every stakeholder with respect and consideration.

That so many lose sight of this, so often, underlines how much work there is to do.

David Alexander is Managing Director of Calacus PR, a sports public relations consultancy which provides communications and crisis support to a wide range of organisations in sport