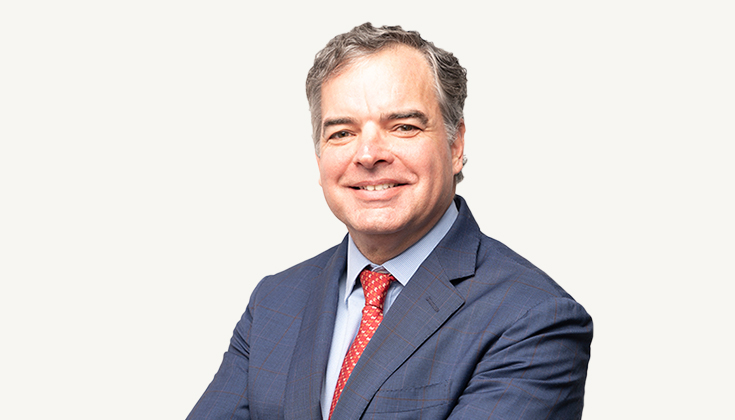 “One Of The Success Stories Is How We’ve Been Able To Get To New Audiences” – Mark Parkman, Olympic Channel

Last month, the Olympic Channel celebrated the four-year anniversary of its inception. During the past six months of that time, much has changed for those at the helm, with the planned Tokyo 2020 Olympic and Paralympic Games being postponed to 2021 due to Covid-19.

Mark Parkman, General Manager of the Olympic Channel, spoke to iSPORTCONNECT’s Ben Page about the successes the Olympic Channel has seen during the past four years and how his team has adapted to a new calendar and working conditions in recent times.

So Mark, what were the initial reasons behind the creation of the Olympic Channel four years ago, and with the numbers that we’ve all seen recently, do you think that it has surpassed expectations?

I think when we look back at why the Olympic Channel was created, it was to give a 365 days a year presence for the Olympic athletes, which was missing in the marketplace. We have all these incredible athletes that we see on our stage every four years, but those same athletes are competing year in and year out.

We’re a bit different from a professional league and regular major sports events, we wanted to be able to continue to tell these wonderful athlete stories on a continual basis to drive more interest in the Olympic sports and the Olympic Games themselves on a daily basis. With the changing ways people were getting their content, particularly the younger generation, we wanted to be where they were and do it in a more progressive way via web, app and social.

But we also realised that there was an incredible appetite from some of our rights holding broadcasters to further their partnership with the Games on a daily basis. We’ve seen many of them take up a partnership on Olympic Channel distribution in some form via a 24/7 linear channel.

So a combination of all that was we wanted to be able to go direct to fans during the time in between the Games, both to promote the Games and the athletes and also to help our rights holding broadcasters and sponsors continue to have an activation during the time when the Games are not happening.

Do you think that’s been the biggest boost to the IOC and the overall content strategy that 365 day aspect and sponsorship exposure perspective, rather than just during the Games and that’s it?

I think one of the success stories is how we’ve been able to get to new audiences by extending what we do on social. We’ve been able to reach that younger demographic, almost 75% of all of our social engagement is under 35.

Was that a particular focus for it, did you feel the need to target that younger audiences they may not see athletics as often as other professional leagues like you say?

That that was one of the core principles of our founding was that we wanted to appeal to a younger demographic. You’ve seen statistics over the years as to the ageing population of certain sports and certain television viewers and I think most teams and leagues and in organisations are trying to go after that younger demographic.

“The interest pre-pandemic in Tokyo was extremely high, it was probably on track to be one of the most anticipated games of all time and I think now post-pandemic the interest is probably even greater.”

Interestingly, when you look at some of those historical viewership statistics, the Olympic Games were one of the younger sports of average age for television viewers and I think we were in the high 40s, and again I say we were one of the younger ones! So that we’ve been able, through our content and distribution particularly on social, to engage with that younger demographic has definitely been one of the core achievements.

Turning to next year, what role do you think the Olympic Channel has to play in terms of marketing and messaging through those channels in the lead up to Tokyo 2020?

I think have been very successful at following the Games, and the Japanese market became one of our priorities. We started doing localised content in Japan, having distribution on our rights holding broadcaster partners and our content on their digital platforms as well.

Over the last year, Japan became our number one market for our total users, so our job has been to build up the excitement of the games in a way that when the Games do come next summer, we’ll have built and sustained an audience to translate to the broadcast partners.

The interest pre-pandemic in Tokyo was extremely high, it was probably on track to be one of the most anticipated games of all time and I think now post-pandemic the interest is probably even greater.

A challenge now for us is Beijing 2022 [winter Olympics] just six months later which, if things were normal, we’d be in September following a Games and Paralympics, so our teams would be completely focused on preparing content for Beijing. Now we have we continue planning Tokyo at the same time.

There are many people out there having to kind of deal with a similar sort of thing now where these events are so close together, how have you adapted?

What’s been very inspiring and a point of pride for me is the resiliency and dedication of our team over the last seven months. We are based in Madrid and went to remote working, within three days following the directive our operation was completely remote. Our tech and IT team performed remarkably well and did it almost flawlessly.

At the same time our content team started shifting to ‘Ok, we don’t have live and daily sport’ to quickly coming up with new streaming channels, a classic ceremonies channel, a classic finals channel.

We also instituted some new technology in activation around the Dream Team while ESPN and Netflix’s ‘Last Dance’ Michael Jordan documentary was airing. We replayed all the Dream Team games from the 1992 Olympics, and new technology enabled us to have two people doing live commentary over the archive, that proved to be very successful, especially on Twitter, part of the strategy of trying to get to people where their eyeballs are.

We’re in this wait and see period where nobody knows what is coming. It may get to a point, hopefully not, where not everybody can attend the Games next year. Does that make the role of the Olympic Channel and the broadcaster’s even more critical than normal?

I think everybody’s desire regardless of the importance of the role we all play is that we have a games as fully attended as possible. Obviously the situation will dictate what happens but I know everyone has that desire from fans, broadcasters, sponsors and most importantly the athletes, they want to perform in front of spectators so that’s everyone’s wish.

“We already have a high threshold of what we want to do and that won’t change. These athletes are the world’s greatest and we will continue to tell those stories in the lead up.”

Obviously if that’s not able to happen, then I think it will be incumbent upon those of us on the media side to ensure that we give the greatest showcase of these athletes. People would just have to enjoy it from electronic means if spectators are limited.

We already have a high threshold of what we want to do and that won’t change. These athletes are the world’s greatest and we will continue to tell those stories in the lead up, and if it means that more people are watching us and engaging with our content, then that gives us even more desire to do an excellent job.

With how quickly you adapted to remote working, but knowing you had to suddenly create another year of content before Tokyo alongside planning Beijing 2022, what’s been the most pleasing thing for you about the past six months?

First and foremost, what the team has done and accomplished over this very incredible period that we’ve had the last six months, seeing their dedication to continue to operate at the highest levels. It’s also the fact that while we saw a dip in traffic, like I think everyone did particularly in sports media, we didn’t experience as big of a dip as expected and as we saw reported by others.

Year over year from 2019 to 2020 we’re at about the same level and we haven’t had real sport for six months, so that’s been a point of pride for our team it shows we’ve done things that have resonated.

For our Olympic Day activation on June 23rd we did a 24/7 global workout with athletes which was all user generated content as part of a ‘Stay Strong’ campaign which was very successful and then our one year to go activation with a video called ‘Stronger Together’. We’ve continued to engage with our audience and maintain where we were for the most part, August last year was pretty good for us and we exceeded that last month, so that’s very encouraging.

Meet the Member: “Sports clubs don’t choose what is interesting for fans,…

Changing The Game: “Getting people through the gate is obviously a major…