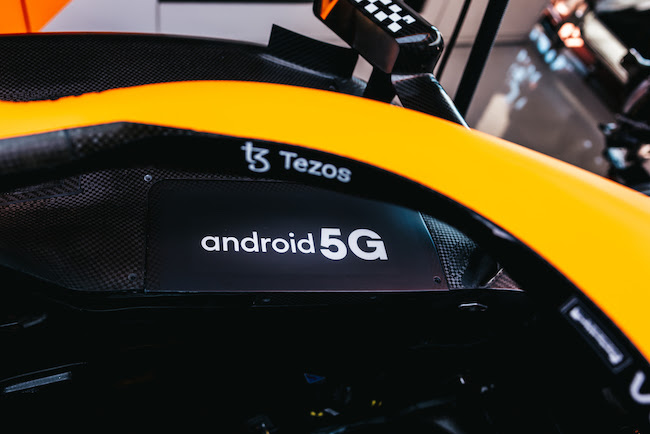 The pioneering collaboration brings the latest methods of digital advertising to life – the ability to dynamically change branding on Formula 1 cars across a race weekend, a first in the series. McLaren will run a two-display system around the cockpit on its MCL36 cars for Friday practice sessions for the remainder of the 2022 season, beginning at the United States Grand Prix.

The cutting-edge technology will debut exclusively with one of McLaren’s Official Partners, allowing them to dynamically change its brands on both McLaren’s Formula 1 cars.

McLaren Racing and Seamless Digital’s launch at the United States Grand Prix will demonstrate a glimpse into the future of motorsport marketing, allowing the team to connect with its fans and partners in new ways. As part of the deal, McLaren Racing also has options to explore the technology for its wider racing portfolio.

Louise McEwen, Executive Director, Brand & Marketing, McLaren Racing, said: “We are pleased to work with Seamless Digital to debut one of the most exciting innovations in digital advertising technology. Being able to rotate different brands on our cars is a game-changer in this space and we are looking forward to seeing the impact this has on the wider industry.”

Mark Turner, Founder and CEO, Seamless Digital, said: “We are delighted to be able to unveil this technology which represents the next step in the future of motorsport marketing. Being able to change branding in real-time on a Formula 1 car will give greater flexibility and value to teams and partners. Our technology enables more creative options for brands to communicate situationally relevant messages.

“We have found the perfect partner in McLaren who share our ambition for innovation and breaking convention as pioneers in the fields of technology. We believe this is just the beginning of flexible on car branding and motor racing assets. By ensuring the technology works on a Formula 1 car we have already cracked the toughest place to innovate and are set to disrupt advertising across F1, motorsport, golf, US sports and ultimately, wider more mainstream use.”