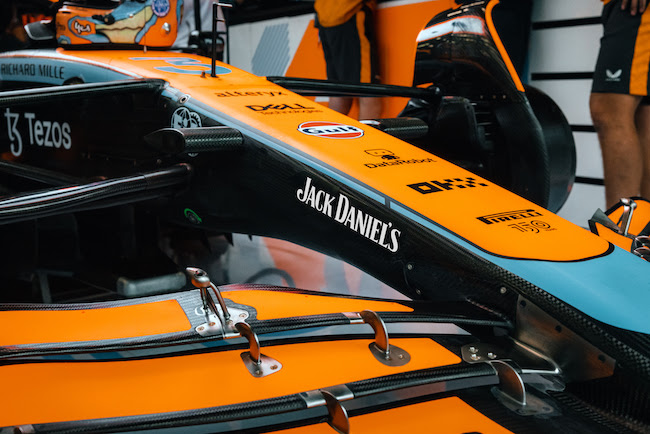 McLaren Racing today announced a new multi-year partnership with Jack Daniel’s Tennessee Whiskey as an Official Partner of the McLaren Formula 1 Team from 2023.

Jack Daniel’s has over 155 years of heritage in crafting whiskey and will enter Formula 1 for the first time with McLaren to evolve its global presence and reach new consumers.

McLaren and Jack Daniel’s will create custom marketing and advertising campaigns including a special edition bottle in select markets in 2023.

Jack Daniel’s branding will feature on the nose of McLaren’s 2023 F1 cars as well as on the driver’s overalls and pit crew helmets.

Zak Brown, CEO, McLaren Racing:  “We are thrilled to welcome Jack Daniel’s to the McLaren F1 Team. Together we will look to reach new audiences as well as hosting a variety of events together. 2023 is an important year for McLaren as we commemorate our 60th birthday, and we are excited to celebrate with an iconic brand like Jack Daniel’s by our side.”