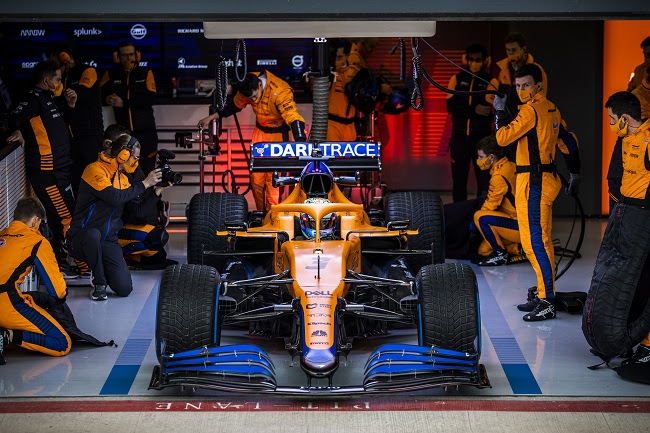 McLaren Racing has announced an extended and enhanced multi-year partnership with Darktrace, as the Official AI Cyber Security Partner of the McLaren Formula 1 and Arrow McLaren SP teams, marking the introduction of the world’s leading cyber-AI company to INDYCAR.

Darktrace’s Cyber AI autonomously detects, investigates and responds to fast-moving cyber-threats in real time across diverse digital environments, including cloud-based software and email. The technology is used by McLaren’s technology and security teams to help defend against advanced cyber-threats. The partnership empowers McLaren to gain complete visibility across its entire digital infrastructure.

From IoT sensors on each race car to the Edge Compute and factory connectivity that fuels operations, the McLaren F1 and INDYCAR teams are situated in fast-moving worlds and Darktrace’s addition ensures that cyber-threats can be automatically blocked at a speed and scale beyond human capabilities.

As part of the partnership, from the 2021 season the Darktrace brand will continue to be carried on the rear wings of the McLaren Formula 1 MCL35M race cars, pit wall and the McLaren F1 driver race suits of Lando Norris and Daniel Ricciardo.

Zak Brown, CEO, McLaren Racing, said: “Extending our partnership with Darktrace is a great boost for the team as we begin the 2021 season. Darktrace is a critical partner for McLaren Racing with its world-leading cyber-AI integral to securing our data and digital infrastructure in support of our progress on and off the track.

“We are delighted to be extending this partnership and introducing Darktrace to INDYCAR with Arrow McLaren SP.”

Poppy Gustafsson, CEO, Darktrace, said: “I am very pleased to continue our partnership as the Official AI Cyber Security Partner to both McLaren teams across both Formula 1 and the NTT INDYCAR SERIES. As we enter a new era of cyber-threats, it’s more important than ever to build resilient digital infrastructures, employing self-learning technology capable of interrupting emerging security incidents in the seconds that count.”