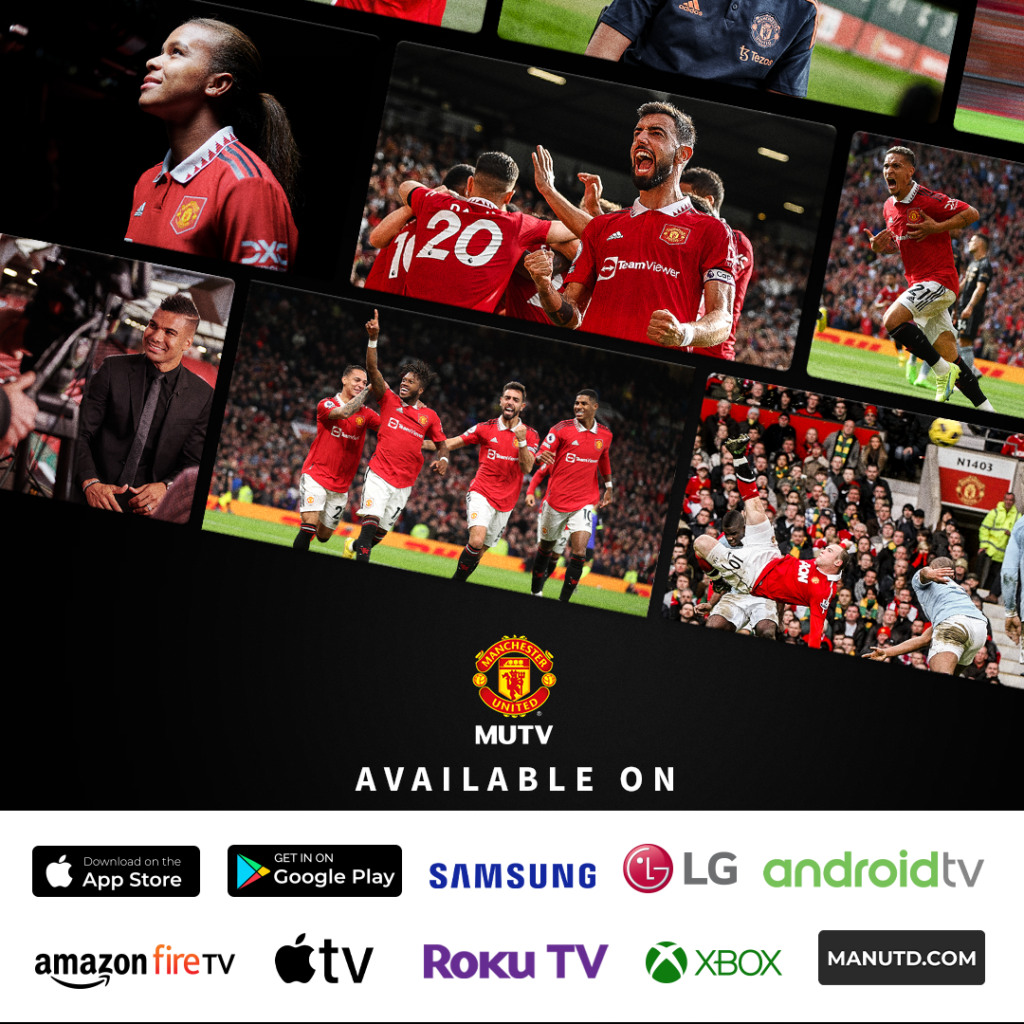 Manchester United has launched the MUTV app on Samsung, LG and Android TVs allowing fans with the compatible televisions to access a range of exclusive and premium content on-demand directly from their homes.

The club’s app is available on the latest generation of smart, or connected, TVs, allowing fans anywhere in the world to enjoy the entire portfolio of MUTV content, from live action, to documentaries, to over 1,000 archived Manchester United games from the past 30 years of the Premier League.

The full archive of highlights from all 1,167 Premier League games played by Manchester United, including all 2,205 goals scored by the Reds, is also available to watch.

Millions of fans around the world consume MUTV content via the Manchester United app, which was relaunched this year to fully integrate the club’s live TV and on-demand video content into one digital platform. The app has been downloaded by fans in more than 240 territories, reaching number one in the App store’s sports category over 100 territories. Meanwhile, our linear TV network continues to make MUTV the most subscribed football channel in the UK and many other markets around the world.

Phil Lynch, CEO, Digital Products and Experiences, at Manchester United said: “We are delighted to make our fully integrated content offering more accessible to our global fanbase through the latest roll-out of the MUTV app on compatible connected TVs.”

“MUTV began in 1998 as a market-leading club specific channel and throughout the years we have continued to innovate with one common ambition – to serve our fanbase in the most engaging and accessible way.”

“We are proud to be taking these steps to better engage our fans, further enrich our content and enhance direct-to-fan distribution.”