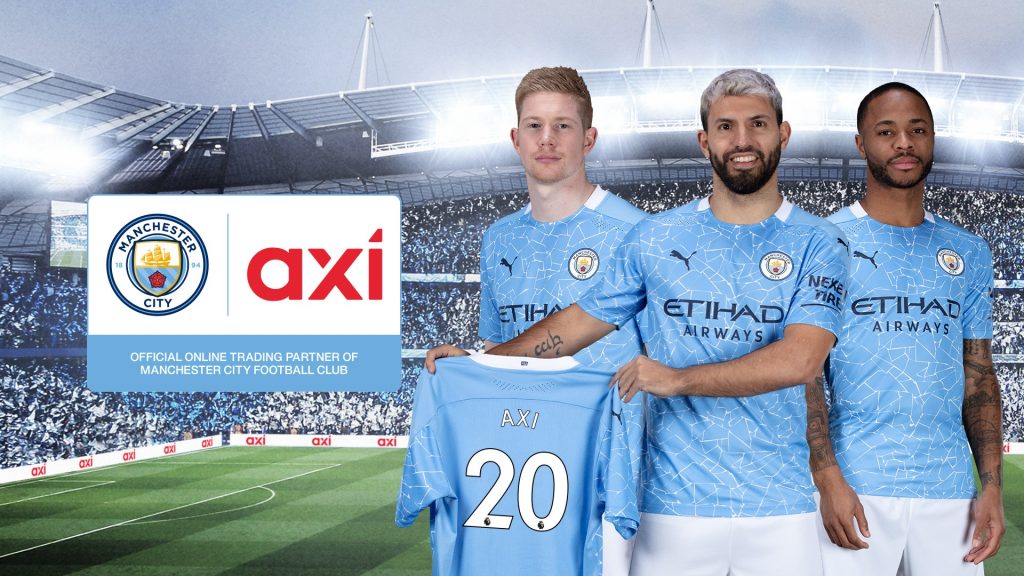 Since its inception as AxiTrader in 2007, Axi has made giant strides to become a top 10 broker, developing a reputation for its innovative, customer-focused approach and advanced AI technology. Using the Axi trading platform, traders can buy and sell CFDs on international indices such as the UK100 and US30, trade major global currencies, and speculate on commodities like oil, gold and silver.

The partnership will help Axi create awareness of its new rebrand and tagline ‘Trade Your Edge’ through branding across the Etihad Stadium, content on the City website and also through activations with customers and fans online and at events, with a range of exclusive offers and promotions.

Tom Boyle, Head of Partnership Marketing EMEA at City Football Group, said: “We are delighted to launch this new partnership with Axi. We have been impressed by Axi’s ambition and drive to build such a successful business from just a two-man start up and see parallels between them and City in how they strive for success. With their recent rebrand we recognise that this is an exciting time for Axi and we are looking forward to Manchester City being part of this new chapter.”

Louis Cooper, Axi’s Chief Commercial Officer, said: “At Axi we’re all about giving our customers the edge. As we started looking into relaunching our brand, we felt there were many similarities with how the world’s leading football clubs are focused around gaining that competitive edge and Manchester City personifies this on and off the field.”