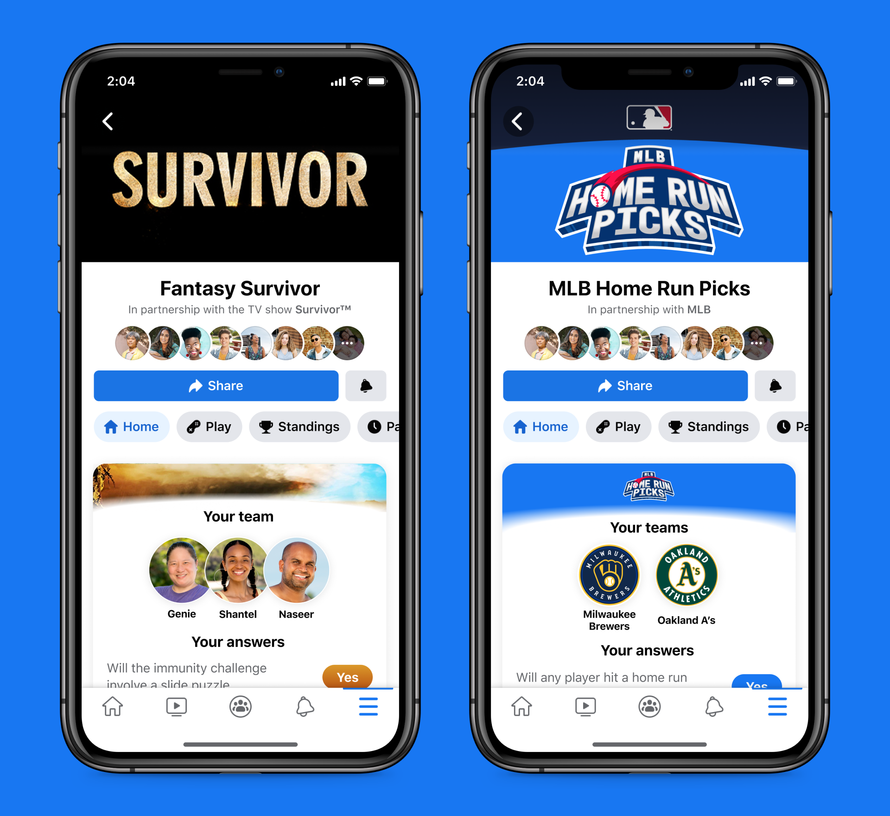 Peter Hutton, Head of Sport at Meta, has shared some of his thoughts looking back on 2021 and some notable themes and points to pay attention to.

The middle of the daily battle is no time to judge progress, so a bit of time was a great opportunity to breathe, relax and look back at how the year has panned out and what has worked. I do so with a great deal of pride, not just in the work we’ve done at Meta, but also about how friends across the sports industry bounced back from the challenges of 2020.

Such a turnaround required remarkable creativity, and we were fortunate to have a front row seat to much of it in 2021. In no particular order, here are some of the themes of the year that have stood out to me:

“Easier shopping experiences on Facebook and Instagram are driving important revenue to sports athletes and organisations all over the world. For example, Tom Brady drove a 10x+ increase in sales for his TB12-branded merchandise through Instagram Checkout after his Super Bowl win in February.”

We like to think of our video monetization products as tools that organizations can choose from to match the job they’re trying to do. Hopefully the examples above demonstrate that the toolbox we offer the industry is becoming more useful than ever.

As for other themes…

The Olympics were a defining moment of 2021:

The IOC pulling off the Games in the midst of a global pandemic was no small feat, and while it was disappointing that fans weren’t able to be at most events, I’m proud our technologies played a small role in helping people feel closer to the event. Through Quest 2 headsets, people in Europe and the U.S. were able to watch some of Eurosport and NBC’s live coverage in VR, while product experiences on Facebook, Instagram and WhatsApp helped amplify fandom and ignite conversation. For me, though, the biggest story was the athletes behaving as publishers, using our apps to take fans behind-the-scenes in Tokyo. Some of the athlete numbers coming out of the Games were staggering. Athletes gained more than 75 million followers and drove more than 410 million interactions on Instagram over the course of the Games. Brazilian skateboarding phenom Rayssa Leal added 5.8 million followers herself (an amazing 667% increase)! Athletes also posted more than 300,000 Stories. Credit to the IOC for being willing to experiment, including a WhatsApp bot to send information on results and events to fans across the world.

“If the Olympics proved anything, it’s that athletes are without a doubt also able to be defined as ‘creators’ who have tremendous influence (and earning potential) on social media.”

If the Olympics proved anything, it’s that athletes are without a doubt also able to be defined as ‘creators’ who have tremendous influence (and earning potential) on social media. For example, Olympic all-around champion Suni Lee gained more than a million followers on Instagram during the Games. She has since capitalized on that following at Auburn University under college sports’ new NIL rules, landing a number of branded content partnerships. This phenomenon is not limited to Olympians, of course; athletes from across the world are using our tools to build their personal brands, drive tune-in to their events, sell their merchandise, raise money for the causes they care about most and advocate for positive social change.

Athlete safety and well-being is a big part of what we do behind the scenes and is often the first topic we cover when meeting with athletes. We’ve introduced a number of new tools and policies to help protect athletes from hate speech and abuse this year and remain resolute in our commitment to this incredibly important work as we head into 2022. Notably, our new Instagram feature ‘Hidden Words’ enables athletes to automatically filter DM requests containing offensive words, phrases and emojis, so they never have to see them. This is a small positive step forward, but our work here is never done as we continue to take strides in a long journey to protect athletes from abusive comments.

But what’s an end-of-the-year post without a look ahead at what’s to come in 2022? While we’re still in the early days of charting our sports path for the metaverse, we’re excited about the possibilities. After all, whether you’re watching or playing, sports are at their very best when they’re experienced together. We know that sports fans and athletes can’t always be together in person, so the metaverse can fill the void for those times when we’re separated from the people, teams, stadiums or gyms we love. We’re seeing a bit of this already, especially with VR content experiences such as NBA or One Championship broadcasts, or sports-related VR games and fitness services.

While gaming and fitness have established popular applications in VR, live event innovation is really just getting started as we travel towards an immersive internet experience where you’ll be able to hang out with friends, work, play, learn, shop, create and more. The best way to prepare for the metaverse of tomorrow is by experimenting today. Put on a Quest 2 headset and try out Meta’s virtual meeting space, Horizon Workrooms, or play a game of Beat Saber. Use the virtual try-on feature in an Instagram shop or use AR to see how a new car looks on your driveway.

As for other trends to watch out for, the fan as creator is becoming even more central to the growth of the sports brand. A fan’s emotional involvement will become increasingly central to content creation. Watch out for increased gamification, digital identities/avatars, and fantasy leagues (which are also now growing on Facebook). They all add up to a feeling that you’re present and ‘in the sport,’ not just ‘watching the sport.’

And of course 2022 will bring a number of major sports moments that will showcase these emerging technologies and fan behaviors – not just a World Cup and Winter Olympics, but also a number of high-profile women’s events, highlighted by the Euros in England next summer. We’re especially excited for those moments, as we believe our platforms can help accelerate the much important work of increasing the exposure and fandom around women’s sports.

The ability of sports content to drive purchasing decisions and new behaviour choices remains at the heart of the industry’s unique proposition. While so much technological change is happening around us, it’s easy to see the changing economic model as a threat. However, if sports lean into change, grow and retain their communities and build for the long-term, then I remain an optimist for the industry and the unique experiences that sport brings.