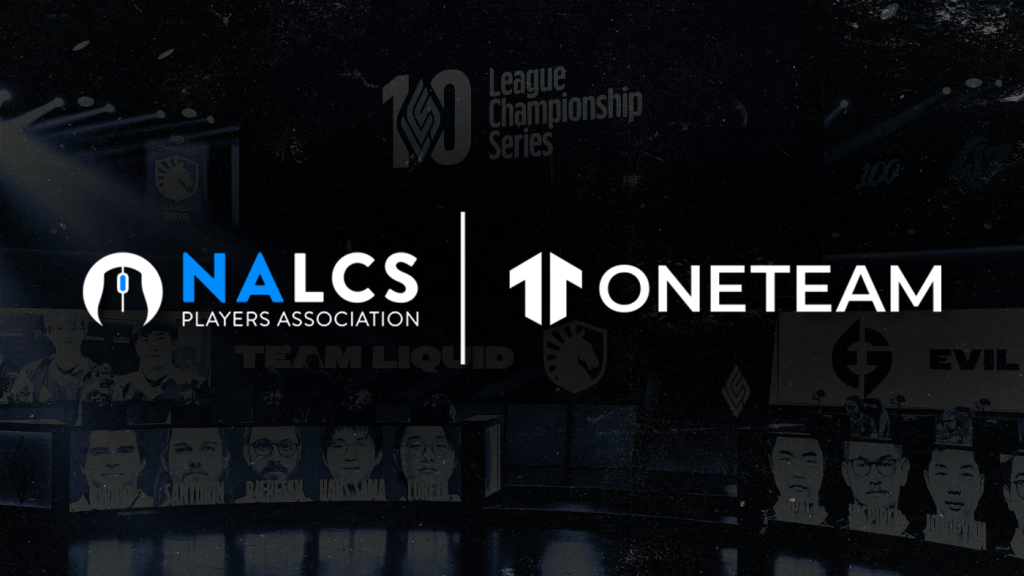 The League of Legends Championship Series Players Association is signing a deal with OneTeam Partners to create group licensing and marketing rights.

In a statement, the organisation says:

The LCSPA is taking the historic step of launching a commercial Group Rights program in association with OneTeam Partners. We feel strongly that now is the right time to act on behalf of our membership to protect their Group Rights in the same manner that the rights of the NFL, MLB, NBA, and all other major North American athletes are protected. This program and partnership will establish a passive revenue stream for players as well as provide a sustainable and independent operating budget for the Players Association (PA) to continue to grow the scope of its work on behalf of players.

This partnership has been a long time in the making. Marty Strenczewilk of OneTeam Partners (formerly co-founder and CEO of Splyce) first spoke to PA President Darshan Upadhyaya in December of 2020 about Group Rights and what a possible program could look like. The conversation was one Darshan and new PA leadership were methodical in approaching; there was a great deal of work to be done in establishing that the LCSPA could provide value for its members and be an advocate worthy of being entrusted with a Group Rights program. We know that now is the right time for the LCSPA because we have shown what the PA can do in its current form, and we know Group Rights are the necessary and right next step to player empowerment in esports.

The LCSPA chose to work with OneTeam after much consideration because they are the unquestionable gold standard in negotiating group rights deals across sports. As OneTeam is a group co-owned by the NFLPA and the MLBPA, they share our values — and they know the importance of doing the sales work so that the LCSPA can focus fully on advocacy. Their knowledge and proven track record of growing the pie for their players — and the leagues they play in — is second to none. OneTeam will be able to bring fans closer to our players than ever before with best-in-class partners.

What are Group Rights? What is NIL?

Group Rights, though relatively new to the esports world, are a well-established practice in traditional sports. They were first successfully used in the MLB in the 1960s to establish the first independent and successful sports union in America. Other sports PAs followed suit, and now all major sports PAs in North America use Group Rights to fund their existence and create an efficient path toward supplemental revenue for their members.

A Group Rights deal is where a group of people agree that any commercial agreement involving a portion or all of the league’s players must be negotiated collectively through their chosen partner. These deals almost entirely use passive Name, Image, and Likeness (NIL) rights to ensure players get appropriate compensation when a trading card, sports video game, or fantasy sport is put together using their personal information or likeness.

If you’ve ever played Madden, NBA2K, FIFA, or MLB the Show — you’ve seen a group rights program in action! Before those games are released, the Players Associations of each of those leagues negotiate a deal with the game publisher to secure the rights of each player’s face and name (NIL). The same is done for things like trading cards and fantasy sports. From Tom Brady to LeBron James to Mookie Betts, every player in every major traditional sports league in North America has signed a group licensing agreement. These deals provide passive income streams for all players, not just the most popular few.

Why is this good for players?

The majority of dollars flowing into professional sports — from contracts to commercial endorsements — goes to the smallest percentage of players. Group Rights programs allow every player to participate in that revenue, and every player gets paid exactly the same amount — regardless of popularity, position, or anything else. These deals raise the floor for our lowest-paid players and ensure all players have an advocate capable of representing them without concern for our funding.

What does this mean for LCS fans?

In success, this Group Rights program and partnership with OneTeam means our players on trading cards, collectibles, and beyond. We plan to keep our community informed about anywhere they can expect to see our players show up, so stay tuned for more updates.