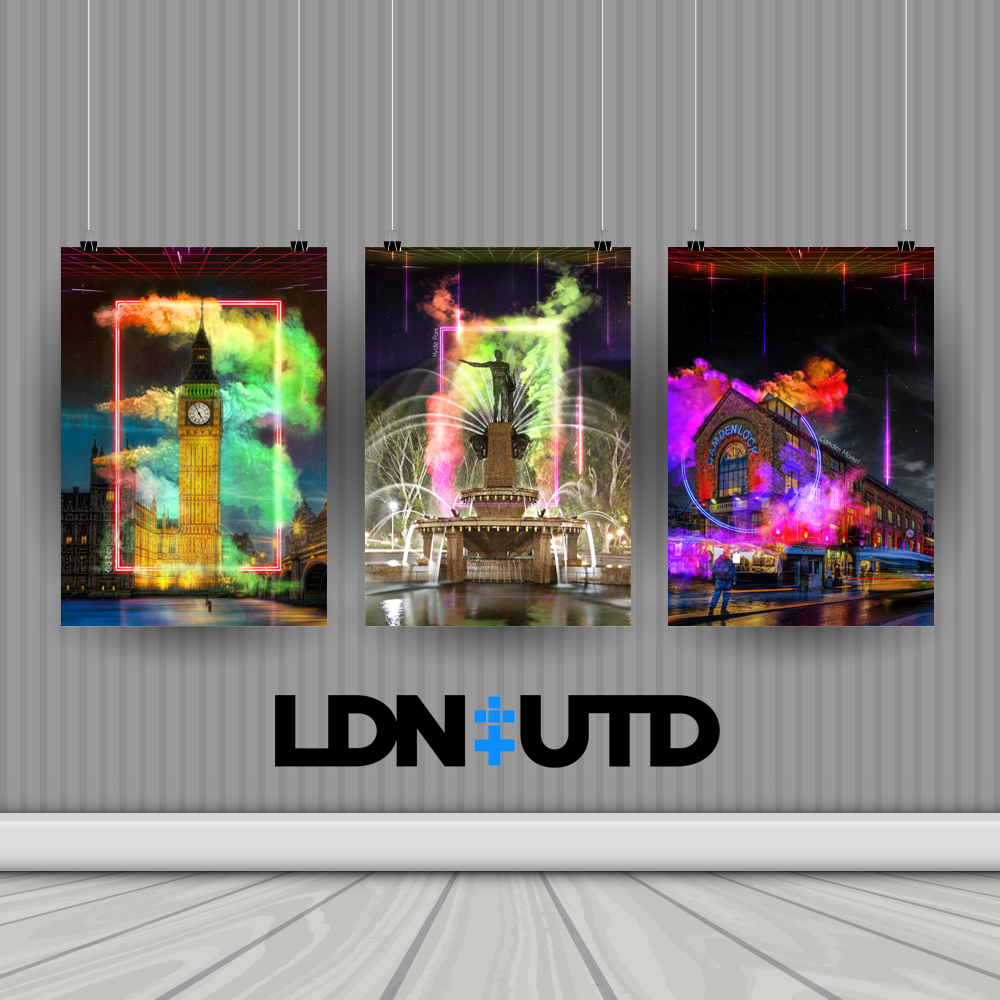 LDN UTD has partnered with Zeromint and the GoChain Foundation, to integrate their fast, low cost and low energy transactions and sustainable minting of the LDN UTD NFTs on LDN UTD’s platform to support the Rio Ferdinand Foundation.

In an exciting partnership with One Minute Briefs, the Twitter community was tasked to create unique NFT designs that aligned with LDN UTD’s values  whilst incorporating their favourite London landmarks.  After much deliberation of the hundreds of submissions, the artist “Hannah” was selected to create LDN UTD’s first NFT series, the “LDN Collection”.

The “LDN Collection” comprises 10 different NFT art sets of 100 duplicates; 1000 in total.  Each set is designed around a famous London landmark.  The “LDN Collection” is more than just an art collectible related to gaming and London.  The NFTs will provide their owners with exclusive access to LDN UTD content, gaming & tournament events, limited edition merchandise, bespoke partner discounts and offerings, and much more to be announced.

Commencing on 19th November, each design will thereafter be released every 72 hours, with a scavenger hunt giveaway scheduled for each release at the revealed landmark location.  A LDN UTD representative wearing LDN UTD merchandise will be at each location for a period of 2 hours after each set release for participants to find, and then be entered in the giveaway.  Clues to the whereabouts of the representative will be shared during the hunt on LDN UTD social media channels & Discord server. The winner will be announced before the next design is released.

In continued support to the Rio Ferdinand Foundation, LDN UTD is pledging 10% of all NFT net profit sales to be donated to the charity, further helping young people in disadvantaged communities and the inequalities they face, whilst will be working with the Foundation to give their community an opportunity to design future NFT designs.

“It has always been in our roadmap to become a decentralised esports org, and the fact we can continue to stick to our values of engaging community and social purpose in a unique manner with the launch of this engaging NFT campaign for our community is just another step in the right direction of a bigger digital economy platform strategy.”

Rhiannon Watts, Director of Operations of the Rio Ferdinand Foundation:

“Rio Ferdinand and the Foundation are pleased to partner again with LDN UTD. Esports has shown it can be a force for good, and the fact this is a project with transferable skills that can engage our community reinforces how a combination of technology and art can be utilised to support our community who are interested in this sector.”

“We were so happy to partner up with LDN UTD on this One Minute Briefs campaign. We’re always keen to explore new and exciting opportunities through our Bank of Creativity platform and to produce content that will become NFTs to help the Rio Ferdinand Foundation is something that our community really enjoyed being involved in. And we are extremely proud of our very own Hannah for being selected to design the first NFT series for LDN UTD!!”

“We are proud to partner with LDN UTD, which shares the same impact-oriented ethos as GoChain. We look forward to working closely with LDN UTD as it becomes the premier decentralised esports platform for gamers, while raising awareness on some of today’s most pressing social issues.”