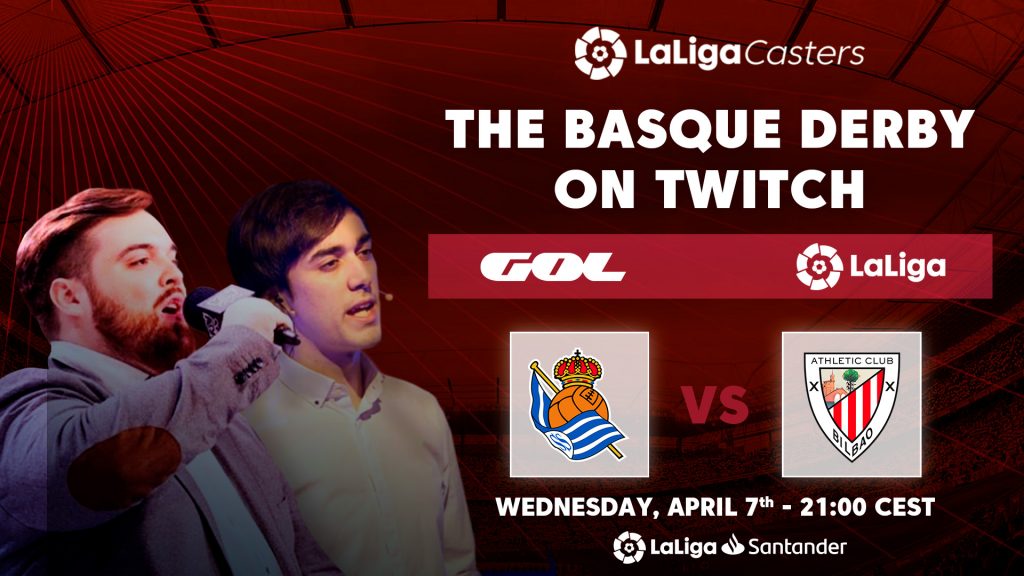 LaLiga To Show Live Football In Spain Via Twitch

LaLiga and GOL will offer this week’s Basque derby between Real Sociedad and Athletic Club live to viewers in Spain through the official Twitch channels of LaLiga, GOL and the renowned streamer Ibai Llanos.

Continuing its commitment to innovate with new digital consumption models, LaLiga will become the first major European football league to show a live match on the streaming service in Spain.

The match, which will kick off on Wednesday 7th April 7 at 9:00 p.m CET, will be commentated by Ibai, one of the world’s most popular streamers, accompanied by Ander Cortés.

Streaming exclusively to viewers in the Spanish territory, the programme will begin at 8.30 p.m CET with a full preview of one of Spain’s most historic and anticipated rivalries. Thanks for the interactive features offered by Twitch, viewers will have the opportunity to participate in the show and communicate with the streamers through the chat function, offering a different and immersive way to enjoy live football.

The derby can also be followed in Spain through the usual television channels: on GOL (available via free-to-air and digital TV) as well as through national operators Movistar, Vodafone, Orange and Telecable.
This initiative with Twitch reinforces LaLiga’s commitment to creating engaging digital content, offering Spanish football fans innovative experiences, creating additional ways to participate in the action and supporting new digital entertainment formats.