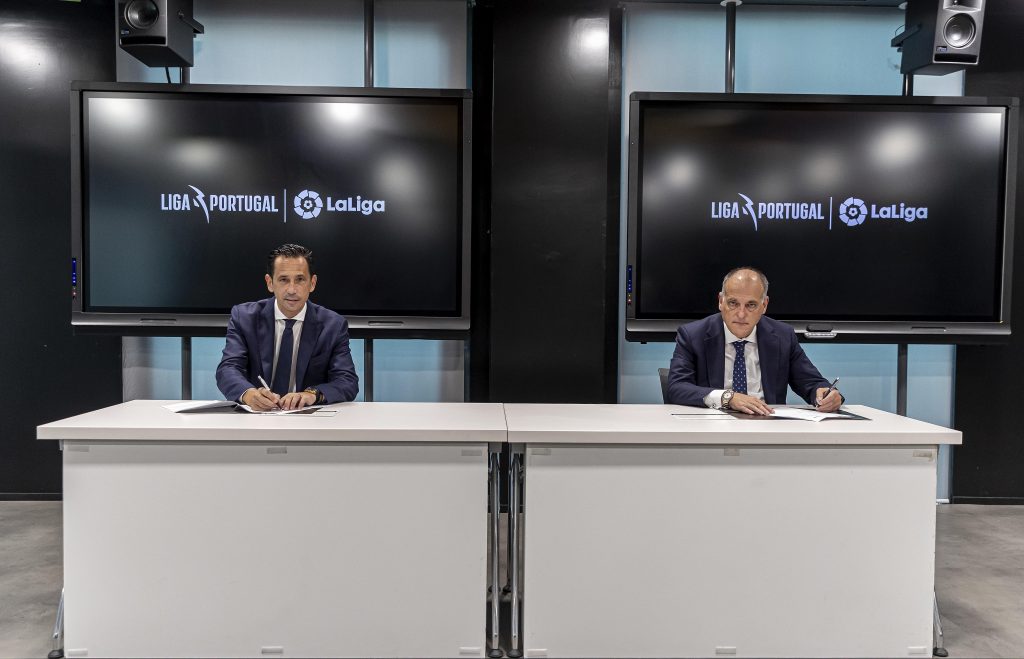 LaLiga and Liga Portugal have extended the 2017 ‘memorandum of understanding’ (MoU) for a period of another three years, which will maintain the association between both competitions until July 2023.

The agreement aims to give continuity to the close relationship that the two organisations have maintained in recent years, in which there have been institutional visits by representatives of the Portuguese tournament to LaLiga and its clubs, the exchange of knowledge between the parties and specific events , like the Iberian Cup tournament.

Economic control, new technologies and integrity and security
LaLiga and Liga Portugal are looking to go one step further with their digital strategies and explore new fields of collaboration in the field of eSports.

The document also includes other areas for collaboration that range from economic control, the fight against audiovisual piracy and internationalisation, through to the promotion of initiatives to combat racism and xenophobia and the promotion of grassroots football.

“We are very satisfied to have signed the agreement with the Portuguese league for three more years. For LaLiga it represents a significant boost in the bid for the 2030 World Cup in Spain and Portugal. We believe that the efforts of both leagues will also help us to achieve this success”, said LaLiga president, Javier Tebas.

“We are pleased to renew our strategic agreement with LaLiga in order to strengthen our relationship and learning together. For Portuguese football this agreement has been very positive. It allows us to continue working together and also in relation to the candidacy for the 2030 World Cup, which will be important for both countries”, stated Pedro Proença, Liga Portugal president.