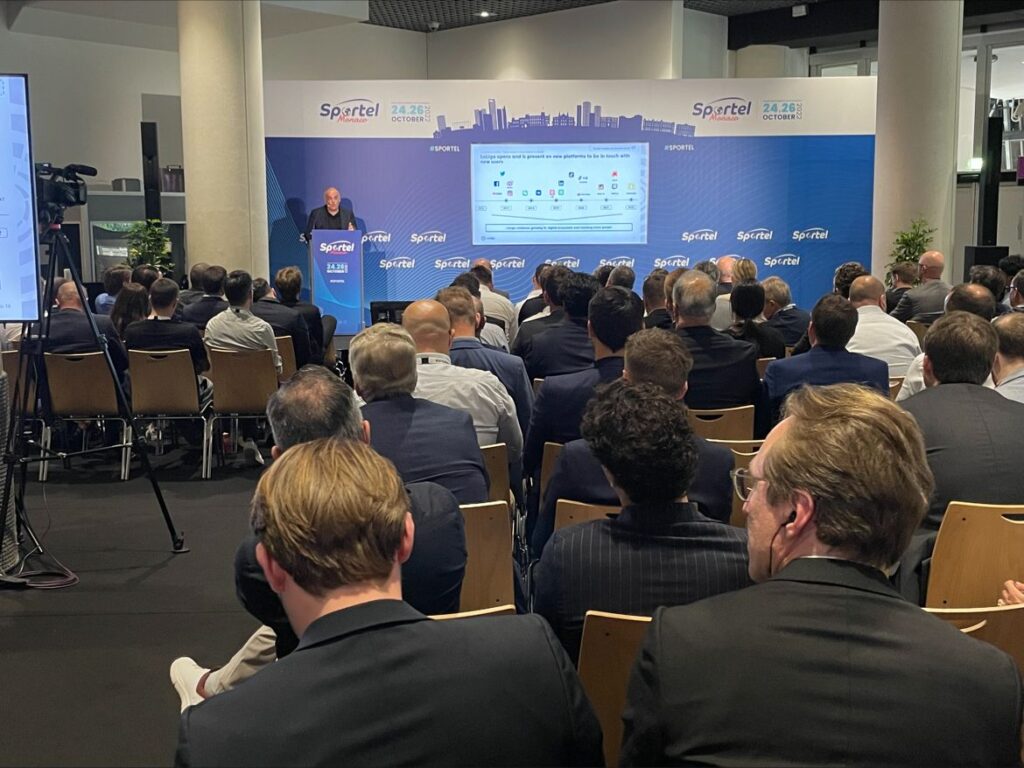 Jay Stuart, Editor-in-Chief of iSportConnect, was the man on the ground in Monaco this week in this article he looks at Javier Tabes’s presentation at Sportel.

“Fake news” was the way LaLiga President Javier Tebas described the view that the audience for football is ageing and declining. He used the English term though he was speaking in Spanish, and he said it many times during his data-rich conference session at Sportel, a highlight of the event’s very full content
programme.

Globally, he revealed, Gen Z (9-24) is actually the demographic most highly interested in football at 60 per cent, while at the other end of the scale among Boomers (57+) the level is only 47 per cent.

“It’s not true that we have to change football because young people don’t want to watch it,” Tebas said. The 16-29 audience is the segment where there is most growth. In Spain, football viewing is up 2 per cent over the past four years.

But audiences are consuming football differently. Viewing on Linear TV alone by 4-24s is down by almost 20 per cent, but if you add other devices and out-of-home viewing, the total figure is actually up more than 20 per cent.

Research shows young people in Spain are watching more football than ever, they’re just not watching it on the TV set at home. Tebas pointed out that there is a North-South divide between northern Europe and Spain, Portugal and Italy when it comes to the financial independence of young people.

“People leave home later in our countries,” Tebas said. Their parents pay for pay-TV and basically control the remote.

LaLiga has invested hugely in growing its presence on social media. It’s not on 17 different platforms in 20 languages. From 59 million in 2017-18 the audience on social has grow to 167 million this season. TikTok is now number one among 16-24s and 60 per cent of total TikTok users consume football.

Social media views are sky high for Spanish football, with 694 million for LaLiga content, 2.8 billion for Real Madrid and over 11 billion for FC Barcelona.

He acknowledged that many young people are not watching whole football matches. But they are consuming football and that’s what matters. “There is no need to make huge changes to football,” Tebas said. “The Super League was looking for excuses and so we have this idea that young people are losing interest. Fake news!”