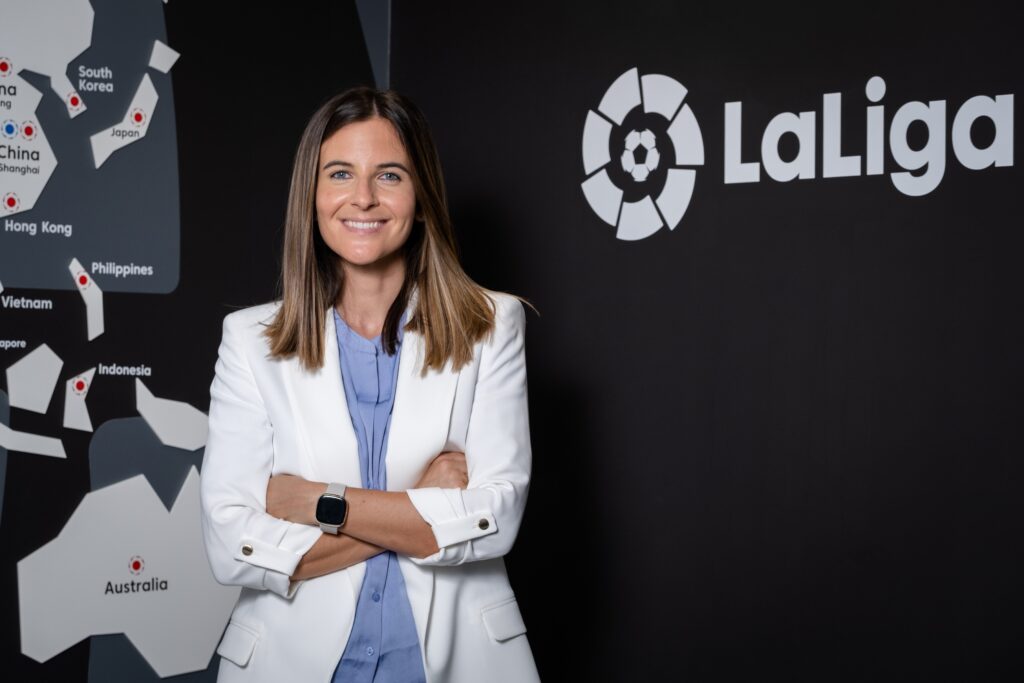 LaLiga, Spain’s top-flight football competition, and Galaxy Racer (GXR), the Dubai-based transmedia multinational, have signed a Letter of Intent paving the way for the formation of a 15-year Joint Venture (JV) which will transform the sport league’s brand presence in the Middle East and North Africa (MENA)
region and Indian subcontinent.

GXR, founded in 2019 by Group CEO Paul Roy, is the largest esports, gaming and lifestyle organisation in the world with a presence in the MENA region, North America, Southeast Asia, South Asia and Europe.

The JV positions GXR as LaLiga’s local partner in the MENA market and Indian subcontinent, setting up a historic first for the world of sports rights in the territories which is projected to yield over €3 billion in revenue.

The JV will offer LaLiga new avenues and opportunities to increase brand presence across a key target region that is one of the youngest on the planet with more than 1.3 billion people aged under 30.

In addition, the Joint Venture will act as the media rights agency for the broadcast and media rights for the MENA and Indian subcontinent.

Paul Roy, CEO & Founder of Galaxy Racer said: “The LaLiga brand is powerful, but its potential remains untapped amongst Millennials and GenZ in the MENA region and Indian subcontinent.

“Our opportunity is to connect with a younger audience in a way that resonates with them. Galaxy Racer has a market reach that will help unlock that potential and elevate LaLiga to an aspirational brand for target audiences in the region.”

LaLiga Executive Director Oscar Mayo added: “With the market set to enter a new era of growth, this is the right moment to take our business in the region to the next level and attract the next generation of younger sport fans to our competition.

“This historic partnership is set to boost the popularity of LaLiga and football in MENA and the Indian subcontinent. With Galaxy Racer’s extensive experience in the region as one of the world’s largest transmedia powerhouses we believe they are the ideal partner to help us reach a fresh new audience and unlock the true potential of LaLiga in the region.

“Partnering with Galaxy Racer is a major milestone in our international expansion strategy,” added Maite Ventura, LaLiga’s managing director for the Middle East and North Africa, “This agreement ensures not only a bright future for football in MENA and the Indian subcontinent, but also for LaLiga and our clubs.

“Success for us is seeing more of the younger crowd playing and enjoying the game, we want to tap into the hearts and minds of the millennials and GenZ. With Galaxy Racer’s expertise in the market, we will be able to truly build fan loyalty and position LaLiga as a top-of-mind brand for football and lifestyle.”

The deal will help LaLiga to speak to younger audiences meaningfully, through content creation and a crossover focus on gaming and esports, as well as new consumer products – from apparel to collectibles – and a wide range of activations ushering in a new way of thinking for the world of football and sport.

A key strength of the agreement is the creation of a production studio for the JV. The studio will harness Galaxy Racer’s extensive experience in licensing, product development and content generation, production and broadcasting in a region seen as one of the fastest growing territories in the business of sport thanks to a major pipeline of investments in areas such as golf, boxing, F1 and horse racing in recent years, as well as the FIFA World Cup Qatar 2022 which is set to take place later this year.

Based in the UAE, the JV will feature a team of around 20 people dedicated to developing the brand and securing new business opportunities, with a five-person board of directors including Chief Executive Officer (CEO) Maite Ventura. Luis Cardenas, Commercial Director for LaLiga MENA, will be chief commercial officer (CCO).

The JV will work in coordination with the league’s delegates based in Morocco, Egypt, Qatar,
KSA, Turkey, Israel, India and the UAE, a key component for the regional growth.