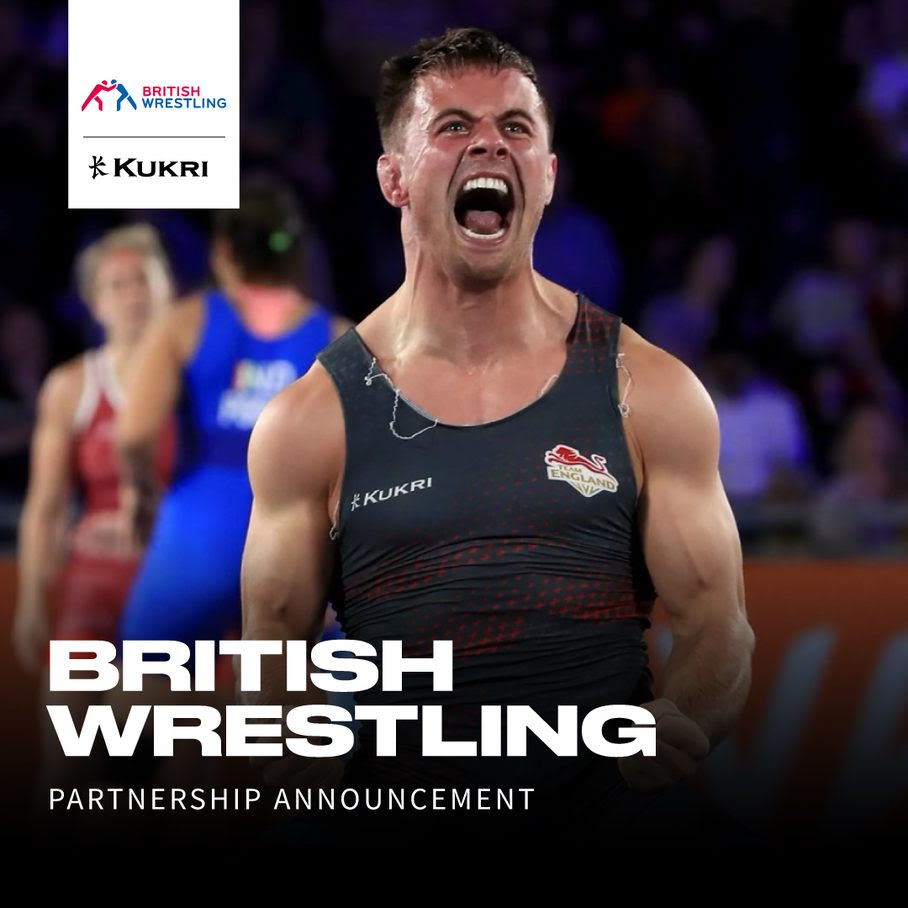 The deal will see the international sportswear brand provide a full range of bespoke sportswear for British Wrestling competitors and coaches, while offering support to grassroots clubs across the country.

British Wrestling is the National Governing Body for wrestling in the United Kingdom, which includes the Olympic and Commonwealth styles of wrestling, as well as additional types under the jurisdiction of United World Wrestling and other indigenous forms of wrestling.

Craig Anthony, Chief Executive of British Wrestling, said: “I’m delighted with our new five-year partnership with Kukri. After working with them as the Team England kit supplier for the past two Commonwealth Games the athletes have provided consistently strong feedback and working with a UK-based supplier means reduced costs and logistics for all.

“We’ve worked closely with Kukri’s design team to develop a British look that I’m sure will help to instil pride in all representatives across the talent and performance pathways.”

Josh Beal, Sales Director of Kukri Sports, said: “We are delighted to partner with British Wrestling for the next five years. The performance and quality of the wrestling suits has gone down extremely well throughout the Commonwealth Games and we are thrilled to continue to supply the top wrestlers with Kukri singlets, a bespoke off mat range and support wrestling clubs around the country in this exciting partnership.”

Kukri Sports are partners to some of the world’s best sports organisations, supplying elite apparel to assist their team’s challenges on a local, national, and worldwide scale.

The brand are kit partners to a number of leading sports organisations such as Commonwealth Games England, British Gymnastics, England Athletics and Somerset County Cricket Club.

The brand also supply high quality multi-sport teamwear to some of the biggest schools and universities around the world. With kit partners spanning across the globe, competing on a local, national and international level Kukri are at the forefront of bespoke sportswear design.