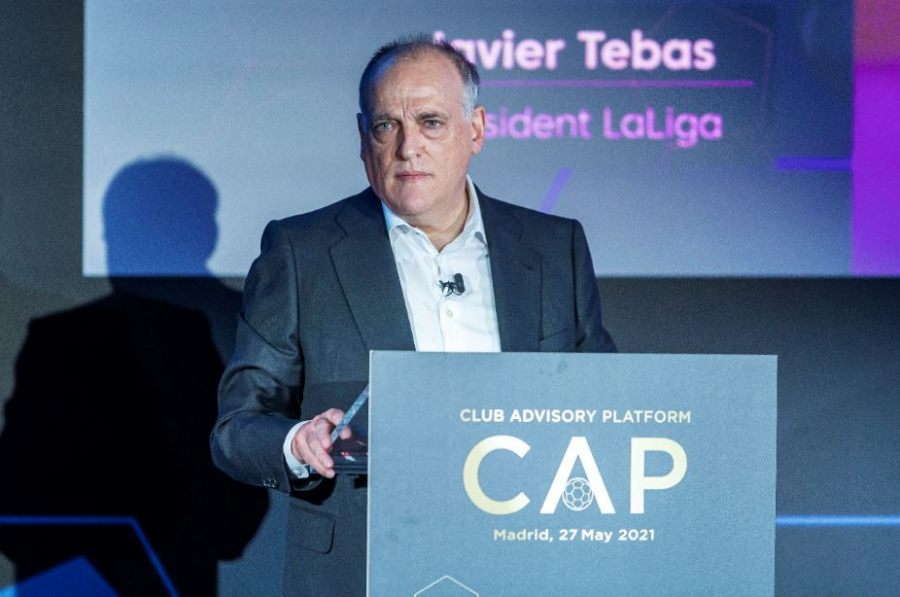 Javier Tebas And European Leagues: “All Clubs Are Important, From The Smallest To The Largest”

The breakaway league project may have been quickly rejected by leagues, clubs and fan groups, but Javier Tebas has issued a warning that clubs across domestic leagues must unite to prevent attacks on football’s meritocracy returning.

The LaLiga President (and representative of European Leagues on the UEFA Executive Committee) was speaking at European Leagues’ Club Advisory Platform (CAP), which brought together more than 300 professional clubs from 32 competitions to discuss the next steps for football across the continent.

Tebas discussed the flaws of the ideology behind the breakaway league in detail and the need for the industry to remain true to core principles.

“The first principle that is in danger is that of meritocracy,” he said. “It is the first key element of European football and we can never put that in danger. The ability to dream is essential for fans and clubs. Closed leagues do not work. All clubs, from the small to the big, have a right to success and we can’t lose that.”