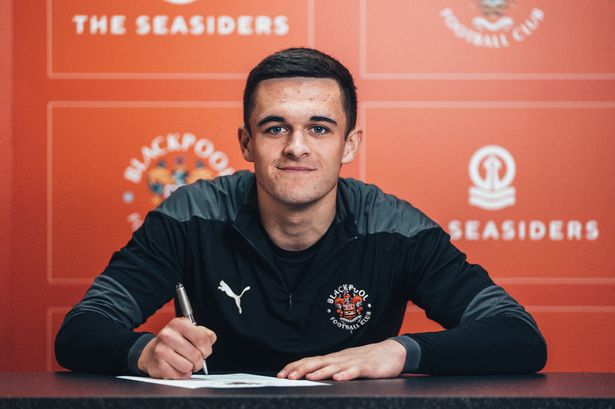 Jake Daniels Can Be A Trailblazer, It’s Time For Football To Step Up

David Alexander, Founder and Managing Director of Calacus PR, says that football must take its newfound opportunity thanks to the brave mindset of the young Blackpool striker and help to support players and help more to feel comfortable enough to do the same.

A week is a long time in football – and 32 years is a lifetime and far too long between current professional footballers admitting that they are gay.

Times have changed considerably since Justin Fashanu came out, a move which caused him torment and ultimately resulted in him taking his own life.

Women’s football has no such issue, with many top female players openly gay an having no issue with their sexual status. Nor should they.

The rainbow laces campaign takes place every year to celebrate sexual diversity and most top flight clubs have an LGBTQ+ supporters’ club, but it has taken until now for an active player to come out.

It says much about the football industry that while his club and numerous journalists were aware, the story was kept under wraps until Daniels was ready to tell it.

He said: “For a long time I’ve thought I would have to hide my truth because I wanted to be, and now I am, a professional footballer. I asked myself if I should wait until I’ve retired to come out. No other player in the professional game here is out.

“Since I’ve come out to my family, my club and my team-mates, that period of overthinking everything and the stress it created has gone. It was impacting my mental heath. Now I am just confident and happy to be myself finally.”

“What has stood out is Daniels’ maturity, aware of the attention his announcement will now have on him and the responsibility that comes with his new public status.”

Even this past weekend, we have seen at Everton that players from visiting team Brentford were racially abused, so Daniels will undoubtedly hear some negative comments coming his way.

What has stood out is Daniels’ maturity, aware of the attention his announcement will now have on him and the responsibility that comes with his new public status.

“I am hoping that by coming out, I can be a role model, to help others come out if they want to,” he added.

“I am only 17 but I am clear that this is what I want to do and if, by me coming out, other people look at me and feel maybe they can do it as well, that would be brilliant. If they think this kid is brave enough do this, I will be able to do it too.

“I hate knowing people are in the same situation I was in. I think if a Premier League footballer does come out that would just be amazing. I feel like I would have done my job and inspired someone else to do that. I just want it to go up from here. We shouldn’t be where we are right now.”

The world of football has been universal in welcoming Daniels’ announcement. England captain Harry Kane was one of the first to congratulate Daniels, as seen above.

His club, Blackpool, explained the process that resulted in the announcement:”Blackpool Football Club has worked closely with Stonewall and the relevant footballing organisations to support Jake and is incredibly proud that he has reached a stage where he is empowered to express himself both on-and-off the pitch.

“It is vital that we all promote an environment where people feel comfortable to be themselves, and that football leads the way in removing any form of discrimination and prejudice.”

The Professional Footballers’ Association, the Football Association, Premier League and the EFL all made supportive statements while Football v Homophobia outlined the challenges gay men in football will face: “There have previously been players who felt that they had no place in the game as out gay men during their playing careers, but Jake is showing the world that you can be yourself.”

“As much as rainbow laces and trite soundbites are forthcoming, clubs, administrators and sponsors need to do more.”

As much as rainbow laces and trite soundbites are forthcoming, clubs, administrators and sponsors need to do more, particularly as the LGBTQ community continues to grow – and it has to be authentic and meaningful because their audiences will hold them accountable.

An article in Forbes underlines the importance of supporting sexual diversity which provides financial as well as reputational benefits.

Ask yourself if you are doing enough to encourage diversity and inclusion. Do you have a clear position internally and externally and are you communicating that in an authentic and engaging way?

As the news fades, how much will football truly support one of its own?

When Australian A League player Josh Cavallo came out late last year, he was widely praised and supported.

“I’m not going to pretend that I didn’t see or hear the homophobic abuse at the game last night,” Cavallo wrote on Instagram. “There are no words to tell you how disappointed I was. As a society this shows we still face these problems in 2022.”

Football and indeed sport in general must take a more active role to ensure that it is welcoming to players whatever their sexuality – let’s hope Jake Daniels’ brave announcement is a positive watershed moment that normalises one of football’s last taboos.