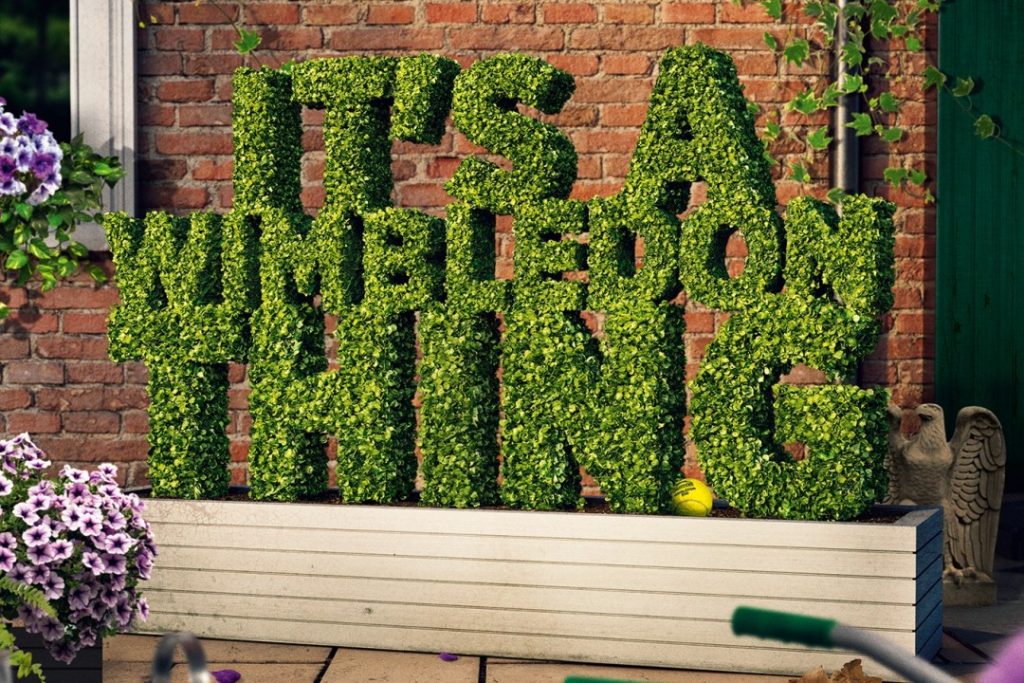 Alexandra Willis, Head of Communications, Content and Digital at The All England Lawn Tennis Club (Championships) pens down her thoughts as Wimbledon returns.

It’s been over 700 days since a professional tennis match took place at Wimbledon. It’s a tiny thing really. Just a tennis tournament. There are much bigger problems in the world than whether or not Wimbledon goes ahead. But last year’s cancellation felt like a small reflection of what the world was going through. ‘Even Wimbledon is cancelled…’ prefaced the narrative that this pandemic was serious. If we needed telling.

For all the right reasons, our lawns rested last summer, we tried to recreate the Wimbledon spirit during our great pause, and, as things improved over the summer, we started planning optimistically for a ‘normal’ Championships in 2021. How wrong we were. This pandemic is still very much with us, and around the world. We are not back to ‘normal’ yet.

“There’s a lot about this event that is completely new. Some of our proudest traditions are on furlough.”

But Wimbledon is back. With the support of the government, public health, and our local authorities in Merton and Wandsworth, we are going ahead as part of the Events Research Programme, with players back on the courts, and spectators in the stands. There’s a lot about this event that is completely new. Some of our proudest traditions are on furlough. But it is also reassuringly familiar. The grass, the flowers, the strawberries. Even the rain. (It’s raining as I write this and we haven’t start play yet. So what’s new.)

There is plenty we’ve been asked to do differently – our colleagues across operations, security, food & drink, HR, IT, membership, ticketing, courts and horticulture, estate management, estate development, player relations, and so many who come together to make Wimbledon happen, have all worked tirelessly – these are the heroes behind everything you’ll see.

There’s also a lot we’ve tried to do differently across our marketing, communications and content, to help take Wimbledon even further around the world, and to celebrate our return, appropriately. Here’s a little overview.

First up there’s our campaign, It’s a Wimbledon Thing, which aims to celebrate the passion of our fans, through their own traditions, not just ours. All around the world, people have their Wimbledon rituals. We’ve created a trailer, the work of the wonderful McCann London, to kick this off, asked a series of influencers to create their own Wimbledon Things, and are encouraging fans around the world to share their #WimbledonThing with us.

“We are always in pursuit of new ways to keep Wimbledon relevant and, while continuing to serve our existing audiences, take it to new ones as well.”

Then there’s Wimbledon at Home. Recognising that many fans may not get the chance to come to Wimbledon this year, or in fact ever at all, we wanted to create a home for them, a series of ideas and inspirations that cover food and drink (order your own afternoon tea, or try out one of our recipes), fashion (get the ultimate fan pack – limited edition, or take a look at our new creative positioning, Proudly Understated), and fun (our set of Explore Wimbledon activity packs, and our mobile game, BreakPoint).

We’ve also got our Wimbledon Kids series, which launched on YouTube Kids this week, created by the brilliant LiveWire Sport team. We are always in pursuit of new ways to keep Wimbledon relevant and, while continuing to serve our existing audiences, take it to new ones as well. Young people are pivotal to the future of sport, and so we hope that children around the world fall in love with Blade and Bounce, just as we have during the process of creating them.

And there’s the Virtual Hill, our first virtual world, which we’ve developed in partnership with American Express. You can grab a spot, create an avatar, choose your outfit, and roam around collecting WimbleCoins to win prizes. It’s a first year, but we think it has plenty of potential.

Next cab off the rank, are our digital innovations. Working in partnership with IBM, we’ve recognised that tennis can be a pretty intimidating sport to follow, especially when you’ve only heard of one or two players. So, we’ve sought to address that in three ways:

“There’s the Virtual Hill, our first virtual world, which we’ve developed in partnership with American Express.”

Then there’s playing our part in saying Thank You. Every day of the Fortnight, we will have various individuals who have gone above and beyond during the past 18 months in both the Royal Box and in the stands, from the NHS, TFL, teachers, PE teachers, theatre, arts, culture, charities and more. We’ve worked with the Together Campaign as well, with the beautiful Thank You card illustrated by Charlie Mackesy making its debut on the Hill.

And, inspired by last year’s NHS Rainbows, the Wimbledon Foundation is running a ‘Thank Your Champion’ scavenger hunt. Download a poster, colour it in, write the name of your champion, and put it up in your window. And then go find everyone else’s!

In addition, we have all our usual stuff covering the actual tennis! The Wimbledon Channel, live on the radio and video, wimbledon.com, the Apps, our social media channels, collaboration with UEFA on EURO 2020, new player stories, and much more.

So that’s it. If you’ve made it this far, hope it’s been interesting. Hope you enjoy the two weeks. And let us know what your #WimbledonThing is…