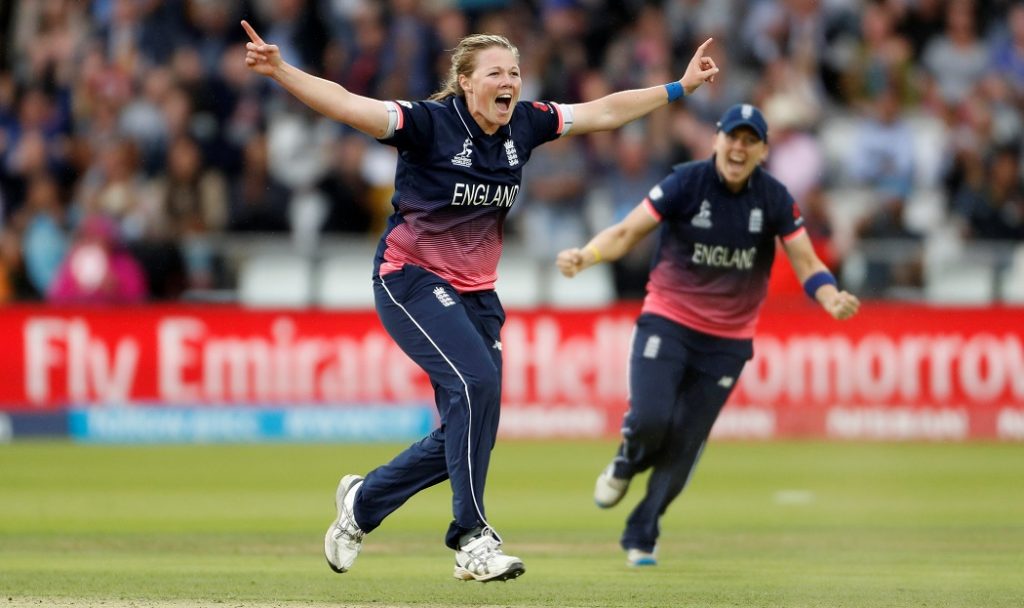 Richard Brinkman shares his thoughts on one of the most recent reports looking at the media coverage of women’s sport.

I hope, like me, you found the recent publication (and subsequent articles, podcasts, tweets etc) of the “Visibility Uncovered” research commissioned by the Women’s Sport Trust (WST) extremely thought-provoking. The study looks at media coverage of women’s sport across UK media so far across 2021 and raises many valuable and interesting points.

It is not easy as a male to feel comfortable commenting on women’s sport. It is with some trepidation that I write this as it often appears that a male view about female sport is not that welcome or deemed valid unless it is overwhelmingly and relentlessly positive. Ignoring the obvious irony of this, I feel strongly about the positive growth of women’s sport having seen at first-hand its positive effects within my own family and friends so have opted to be brave!

“All sports enthusiasts should have an equal stake and motivation to ensure that female interest, opportunity and participation in sports of all types is as high and positive as it can be.”

All sports enthusiasts should have an equal stake and motivation to ensure that female interest, opportunity and participation in sports of all types is as high and positive as it can be. I am certainly enthused about the opportunities for women’s sport to add to the sporting landscape and economy.

However, it is highly unlikely that a women’s sport ecosystem run by women exclusively for women is going to deliver the results or economic goals that appear to be the ultimate target (although some clearer SMART goals around what desired ultimate outcomes might look like would certainly help clarify this – but one step at a time).

It is an important topic and the WST are to be commended not just for their continued championing of the cause, but also for putting some concrete numbers on the subject in order to inform debate and for monitoring progress on an ongoing basis.

However, it is crucial for future growth that debate and review about progress is thorough. The correct (and sometimes awkward) questions need to be asked and the responses need to be interrogated realistically in order to make real, lasting progress. It is always tempting to look for the answers that one wishes to see but, to my mind, it is vital that any approach is balanced and prepared to learn from failure. This, incidentally, includes acknowledging that existing weaknesses in men’s sport can often be instructive.

To that end over my next two blogs I thought I might point out some of the most pressing points that occurred to me when looking at the research.

One of the first things to strike me is how dangerous it is to try and pull definitive causes and effects out of viewership/listenership/readership data without fully understanding context. I worry that a seeming desperation to see the most positive angle out of any situation in relation to women’s sport will mislead and cloud an ability to take the most appropriate action going forward.

Take, for instance, this claim from the WST website:

“4.3m people who watched the Women’s Hundred had not watched any live coverage of England v India earlier this year and of these viewers, 666,000 went on to watch three minutes or more of England Women v New Zealand in September, accounting for 16% of the unique reach for the series”.

The strong (and deliberate) inference here is that the Hundred is growing cricket audiences per se and introducing new viewers to the international game.

However, an alternative (and, dare I suggest, more accurate) reading of the situation could be that as the entire T20 and ODI series vs India took place during Wimbledon fortnight this naturally suppressed the viewing of that series by the “normal” cricket audience. After all, everyone knows that Wimbledon is more than just a tennis tournament in the British calendar and that the wall-to-wall BBC coverage over the fortnight distorts viewing figures across all genres on all channels every year. Even my own cricket watching decreases as my tennis viewing rises to an abnormal annual high every late June/early July.

Could it be that the audience for the NZ series was just a return to a more “natural” cricket audience level given the less competitive TV and sporting alternatives at that point?

Of course, no one will be able to say for sure until data over a few years has been collected. The truth, as ever, most likely lies somewhere in the middle. It remains true, though, that it is dangerous to jump to binary conclusions however much one might wish them to be true.

The second point that leapt out is the difficult situation WST finds itself in having to deal with Women’s sport en masse. Of course, the female version of every sport has its own unique situations, challenges and opportunities. No two are quite the same.

As an aside, I cannot imagine how such an organisation trying to promote men’s sport across the board might operate or what it might look like – it seems hard enough for men to get any sort of collective view within leagues within individual sports!

This very broad view inevitably leads to some confusing messaging. The goals for the organisation are impressive, important, and laudably directed towards a more prosperous future for women’s sport.

However, the focus remains either very much in the past (“things are so much better than they used to be” as per the Visibility Uncovered report) or comparative (vs men’s sport, creating a potentially zero-sum “us v them” narrative) rather than refocussing and moving towards what is actually wanted and/or needed.

“It is tough to push for collective changes that will deliver for all beyond basic volume of participation and media coverage stats.”

And therein lies the issue – what is wanted or needed is much and various depending on the sport. Therefore, it is tough to push for collective changes that will deliver for all beyond basic volume of participation and media coverage stats. Once some sort of acceptable parity or level is reached on these measures (and the figures suggest rapid progress has been made) – where next?

My own most recent live sporting occasion happened to be a Women’s Premier League hockey match. It was a great experience. An extremely high standard of hockey, an entertaining game, a friendly atmosphere amongst the 50 spectators (and eight dogs!) in bucolic surroundings. But I was rather left wondering a) where else in the sporting world could you wander over and watch six or seven Olympians and a Kate Richardson-Walsh coached team completely free, b) how else I could follow one of the teams on an ongoing basis now I am hooked and c) what is the WST research actually doing for this particular women’s sport and its top-level athletes.

To be fair, I guess this is where the WST Unlocked programme for leading female athletes might kick-in – although how many more athlete voices can actually cut-through in this age of athlete activism is a moot point. But that is another story for another day!

In keeping with that theme – more thoughts, observations and ideas arising from the important WST “Visibility Uncovered” report will follow in my next blog. For now, though, I hope the points arising provide some interesting food for thought.