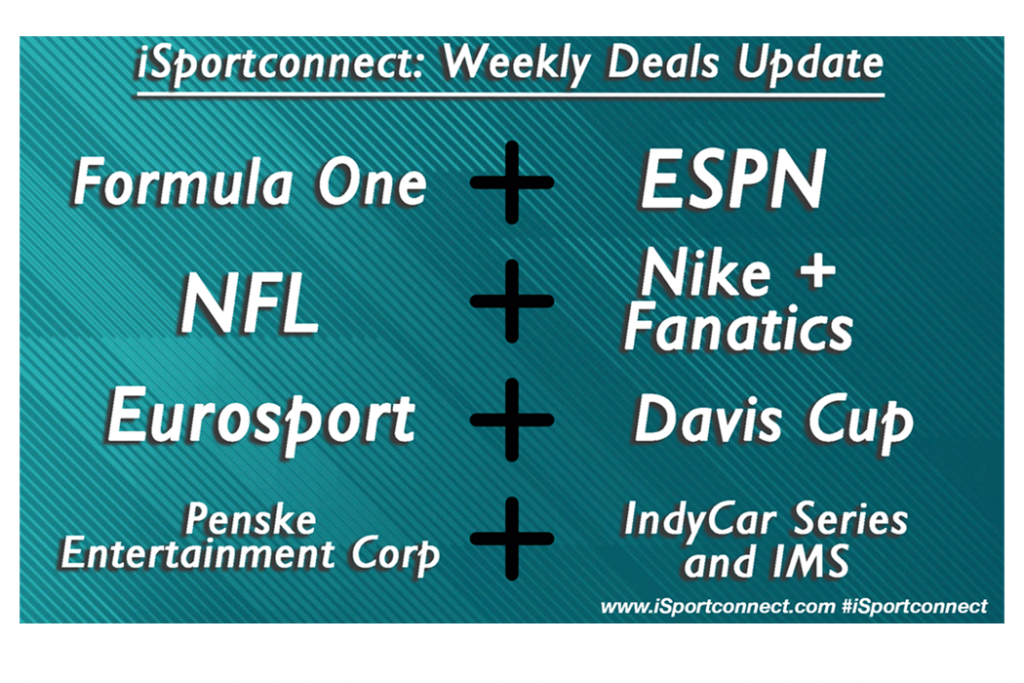 Formula One have agreed a new extension on their broadcasting deal with ESPN for the next three years.

Nike, the NFL and Fanatics have agreed to extend their US deal worldwide. Nike will remain the exclusive supplier of on-field and side-line apparel for NFL teams, while Fanatics will manufacture all Nike NFL gear sold at retail.

Eurosport has reached a two-year TV and digital rights partnership with the International Tennis Federation to show the Davis Cup Finals in six countries.

Roger Penske, billionaire businessman, has bought both IndyCar Series and the Indianapolis Motor Speedway track from Hulman and Company.

ESPN will now be streaming every game of the new XFL season, including the playoffs, to fans in Europe, the Middle East and Africa.

RC Celta and the Maldives government have signed a sponsorship and collaboration agreement for the next three years, totalling a reported $2.5 million.

Partnering with Turner Sports, NBA TV will now be available for customers via a subscription offering

DAZN get Milan TV in contant deal with AC Milan

NBA and ParionsSport combine for Paris game in 2020