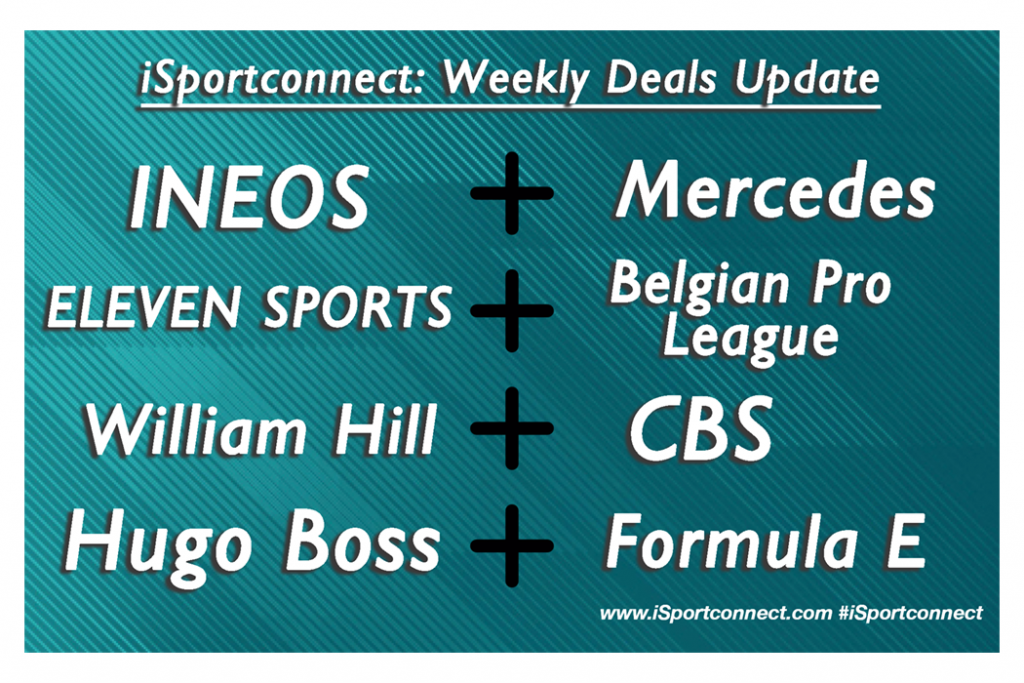 ELEVEN SPORTS have won the rights to broadcast Belgian domestic football for the next five years.

Formula E announced that HUGO BOSS has extended its partnership as official apparel partner for a further three seasons, until at least the end of the 2022/23 ABB FIA Formula E World Championship.

CBS Sports and William Hill have joined in a strategic partnership that makes William Hill the Official Sports Book and Wagering Data Provider across all CBS Sports platforms.

The UEFA Executive Committee and the CONMEBOL Council met at the House of European Football in Nyon and signed a renewed Memorandum of Understanding to replace the agreement that was signed in 2012.

The International Table Tennis Federation (ITTF) has revealed that Hana Bank will be title sponsor of the 2020 World Team Table Tennis Championships, which will be staged between 22 – 29 March in Busan, Korea Republic.

Sky Sports has become the home of the VIVO Indian Premier League in the UK and Ireland after announcing a three-year deal to broadcast one of the world’s top T20 tournaments.