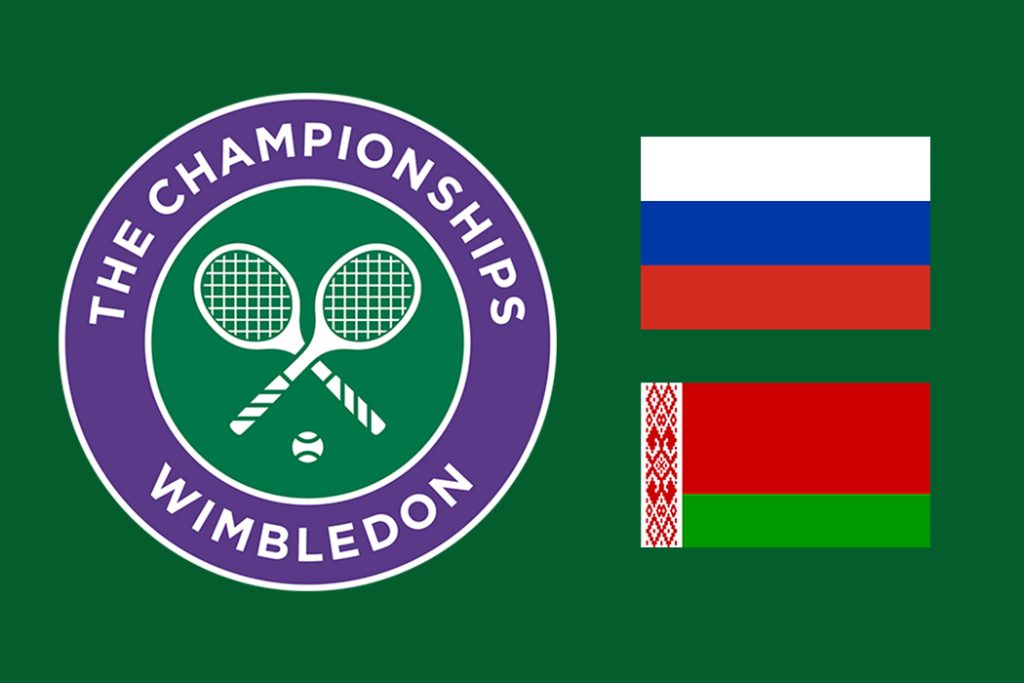 Is Wimbledon Right To Ban Russian players From The All-England Lawn Tennis Championships?

David Alexander, Founder and Managing Director of Calacus PR, looks at whether the decision made by the AELTC to ban all Russian and Belarusian players from this summer’s championships due to the war in Ukraine is the correct one.

When Russia invaded Ukraine earlier this year, the sporting world was quick to ban Russian and Belarusian teams, hosts and sponsors from international competition.

Many athletes from those nations have been permitted to compete under a neutral flag but the worldwide bans have been invoked to reduce publicity and profile for Russia and to remind their citizens how much opposition exists to the invasion.

Wimbledon has now taken the step of banning Russian and Belarusian players to “limit Russia’s global influence through the strongest means possible.”

The Sochi 2014 Winter Olympic Games and 2018 FIFA World Cup have both been considered to be propaganda tools for Russian President Vladimir Putin, a self-confessed sports fan.

“Anything that weakens Putin’s position should be embraced, but the victims here are the players, who lose the opportunity to play in one of the most prestigious events in world tennis.”

Anything that weakens Putin’s position should be embraced, but the victims here are the players, who lose the opportunity to play in one of the most prestigious events in world tennis.

I’ve spoken to athletes who have missed major sports events through political boycotts or bans in the past and their frustration at being used as pawns in diplomatic battles leaves scars that never heal.

The All England Lawn Tennis & Croquet Club (AELTC) were clear in their reasons for coming to the decision and said: “Given the profile of The Championships in the United Kingdom and around the world, it is our responsibility to play our part in the widespread efforts of Government, industry, sporting and creative institutions to limit Russia’s global influence through the strongest means possible.

Ian Hewitt, Chairman of the All England Club, added: “We recognise that this is hard on the individuals affected, and it is with sadness that they will suffer for the actions of the leaders of the Russian regime.

“We have very carefully considered the alternative measures that might be taken within the UK Government guidance but, given the high-profile environment of The Championships, the importance of not allowing sport to be used to promote the Russian regime and our broader concerns for public and player (including family) safety, we do not believe it is viable to proceed on any other basis at The Championships.”

The Lawn Tennis Association (LTA) followed suit to ensure a consistent approach across tennis in the UK.

It was little surprise that the ATP – who still permit Russian and Belarusian players to compete at its events under a neutral flag – objected and said: “Our sport is proud to operate on the fundamental principles of merit and fairness, where players compete as individuals to earn their place in tournaments based on the ATP rankings.

“We believe that today’s unilateral decision by Wimbledon and the LTA to exclude players from Russia and Belarus from this year’s British grass-court swing is unfair and has the potential to set a damaging precedent for the game.

“Discrimination based on nationality also constitutes a violation of our agreement with Wimbledon that states that player entry is based solely on ATP rankings.”

“Certainly the presence of Russian players would have been a distraction for the tournament – but one which surely could have been managed.”

Certainly the presence of Russian players would have been a distraction for the tournament – but one which surely could have been managed.

The WTA added: “Individual athletes should not be penalized or prevented from competing due to where they are from, or the decisions made by the governments of their countries. Discrimination, and the decision to focus such discrimination against athletes competing on their own as individuals, is neither fair nor justified.”

World no.1 Novak Djokovic also aired his disagreement with the decision, saying: “I will always condemn war, I will never support war being myself a child of war. I know how much emotional trauma it leaves. In Serbia we all know what happened in 1999. In the Balkans we have had many wars in recent history.

“However, I cannot support the decision of Wimbledon, I think it is crazy. When politics interferes with sport, the result is not good.”

Russian tennis player and world no.8 Andrey Rublev who made a public statement against Russia’s invasion of Ukraine, has labelled the ruling “complete discrimination.”

He said: “Banning Russian or Belarusian players will not change anything. To give all the prize money [to Ukraine] would have a more positive effect to humanitarian help, to the families who are suffering, to the kids who are suffering, I think that would do something. Tennis will, in that case, be the first and only sport who donates that amount of money and it will be Wimbledon so they will take all the glory.”

There are nine players from Russia and Belarus in the current men’s and women’s top 30 world tennis rankings, including notable names such as Daniil Medvedev and Victoria Azarenka.

“Ultimately, sport is the loser as global politics looms large, and so too are the athletes who will suffer undeservedly.”

Time will tell as the situation eases, if the actions have long-lasting ramifications for other players or even for Wimbledon itself.

Ultimately, sport is the loser as global politics looms large, and so too are the athletes who will suffer undeservedly.