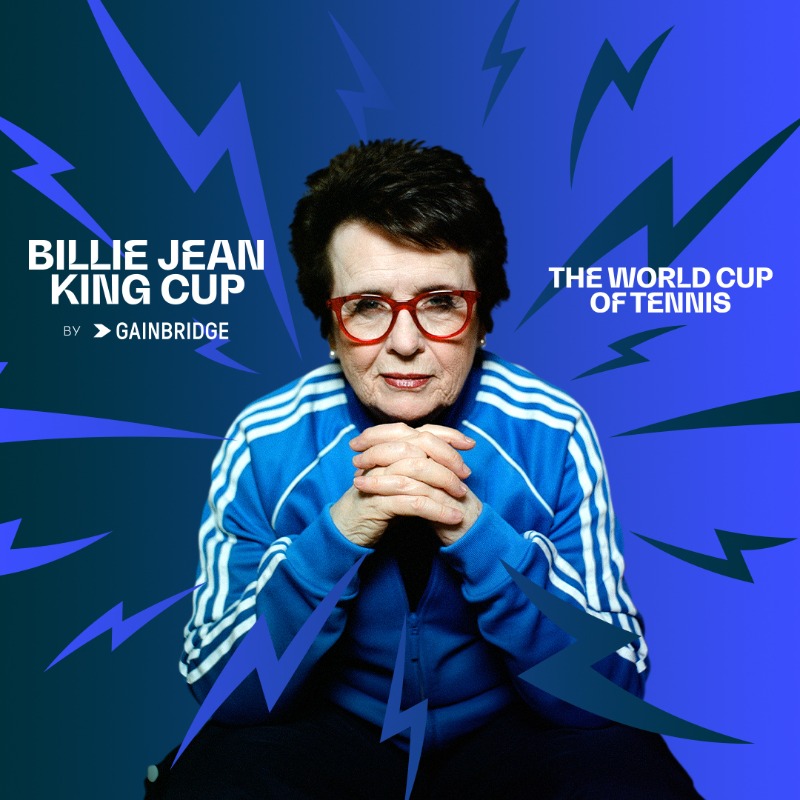 The International Tennis Federation has announced the signing of Gainbridge Insurance Agency, a Group 1001 company, as the new official title partner of Billie Jean King Cup, the women’s World Cup of Tennis.

The new partnership will provide further support for the ITF’s Advantage All programme, which focuses on developing and maintaining tennis as an equal advantage sport for all.

Together with the ITF, and through their commitment to driving positive change in communities, Gainbridge will support the goal of equivalent prize money for women and men in the World Cup of Tennis.

For 2022, this means the players participating in the Billie Jean King Cup Finals and the Davis Cup Finals will receive equivalent prize money.

The six-year partnership will commence from this year’s Billie Jean King Cup by Gainbridge Finals, which takes place in Glasgow from 8–13 November.

It will continue across the entire Billie Jean King Cup tournament from 2023–27 inclusive, which sees over 100 women’s national tennis teams competing.

ITF President David Haggerty said: “The Gainbridge title partnership is very exciting for the Billie Jean King Cup. As an organisation which invests in partnerships that create equal opportunities for all, Gainbridge is well-aligned with the ITF goals. Through our Advantage All programme, the ITF’s aim is to continue to inspire and empower women on and off the court now and in the future.

“BNP Paribas has made a large contribution to the Billie Jean King Cup as title sponsor since 2005. We are proud of the great work we have achieved together, and we look forward to continuing our relationship in other areas.”

Established in 1963 as the Federation Cup (or Fed Cup) the Billie Jean King Cup has become the largest women’s team tennis competition worldwide as the women’s World Cup of Tennis.

The event was renamed in 2020, making Billie Jean King the first woman to have a major international sports competition named after her. King won the tournament 10 times combined — as a player or a captain.

Dan Towriss, CEO & President of Group 1001, said: “Billie Jean King epitomizes the best in sports through winning, commitment, and standing for equity for all. By supporting the Billie Jean King Cup, along with our recent partnership with golf legend Annika Sorenstam and our work through Gainbridge’s sister company, Parity, we seek to bring more awareness to women’s sports. Group 1001 is committed to investing in and growing women’s sports as a means to attack the pay disparity issue.”

Recognised as one of the greatest tennis players of all time, Billie Jean King has continually fought for equality and inclusion — both on and off the court.

She has been influential in the fight for equal prize money in both men’s and women’s tournaments, and in 2009 she was awarded the Presidential Medal of Freedom by President Barack Obama for her advocacy work.

Billie Jean King said: “Thanks to the commitment of sponsors like Gainbridge who invest in women’s sports, we have a terrific opportunity to elevate Billie Jean King Cup, the women’s World Cup of Tennis, and continue to set the bar as the leader on what’s possible when women’s sports are given the same amount of financial, emotional and time investment as men’s sports.”

As part of its mission, Group 1001 and its subsidiaries, including Gainbridge, are focused on service and community transformation with investments in key partnerships that help transform lives through sports and education.